Chris Paul out vs. Rockets after experiencing hamstring fatigue 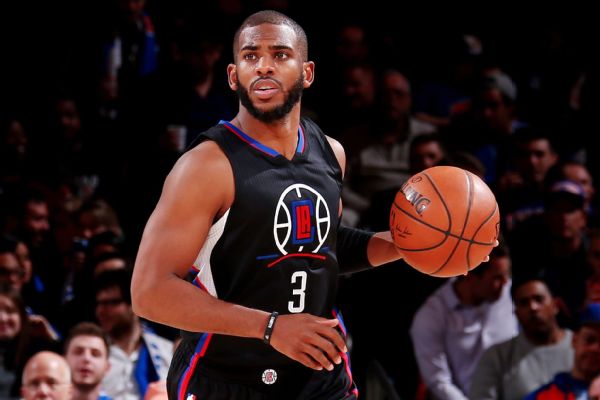 HOUSTON -- Los Angeles Clippers point guard Chris Paul, who recently returned from a left hamstring injury, is out for Friday's game against the Houston Rocketsbecause of lingering soreness.

Paul played in Wednesday's loss at New Orleans, scoring 21 points with six assists. He missed the previous three games, all losses, because of a left hamstring strain.

"It's going to be an issue for a while," coach Doc Rivers said Friday morning, explaining Paul was likely to sit as a precaution. "We're going to take it very slow, and our plan early on was to limit his minutes, and we did that.

"He may play [Saturday at Oklahoma City]. We're just going to be very cautious with it. He didn't reinjure it or anything like that, but he did feel some fatigue, and that's enough. If it were a playoff game, he would play. But if there's fatigue, then that means to me more rest, and that's the route we're going."

With Paul out, Austin Rivers is starting at point guard.

Starting shooting guard J.J. Redick is playing against the Rockets. He missed the previous two games because of a sore left hamstring.

Doc Rivers said he would not put any restrictions on Redick against the Rockets.

Guards Austin Rivers, Raymond Felton and Jamal Crawford have each spent time in the starting lineup recently, because of injuries to Paul and Redick.

The Rockets had some good news on the injury front. Starting point guard Patrick Beverley, who missed Tuesday's game against Dallas because of a bruised left quad, is returning against the Clippers.