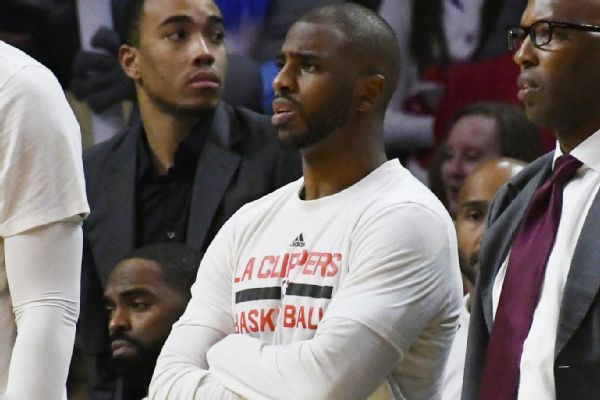 Los Angeles Clipperspoint guard Chris Paul will be out at least one more game as he recovers from a left hamstring strain, coach Doc Rivers said following Sunday's 111-102 loss to the Los Angeles Lakers.

Paul was initially cleared to play in the Christmas night matchup at Staples Center, but ended up sitting out his second consecutive game after he didn't feel comfortable while going through pregame warm-ups.

Rivers said that he and Paul spoke before the game and decided the nine-time All-Star would miss Monday's home game against the Denver Nuggetsbefore he tests his leg. The Clippers play Wednesday at New Orleans and Friday in Houston.

"Obviously we thought he was going to play when I met with you guys [before the game]. I wanted him to say he felt great. Right now, 'feeling good' just is not good enough," Rivers said. "If it was the playoffs, clearly that's good enough. Game 30 -- whatever, 'I feel good' is not a good enough response. You have to feel 100 percent.

"My thinking is, why not sit the next two out and then evaluate after that and give it more time."

Veteran Raymond Felton, whom Rivers said has been battling a 101-degree fever, started in Paul's place and finished with eight points, 10 rebounds and six assists.

"Raymond was as sick as a dog, and he was out there trying to play," Rivers said. "We didn't have a lot of guys left."

Paul suffered the injury in the third quarter of the Clippers' 106-101 win over the San Antonio Spurs on Thursday night. He grabbed his left hamstring as he was defending Tony Parker along the 3-point line and noticeably slowed down.

Paul missed two games against the Rockets during the 2015 Western Conference semifinals because of a similar injury.

Redick wasn't sure when he will return, but acknowledged he could miss multiple games during this compressed schedule.

The short-handed Clippers are already without Blake Griffin, who is expected to miss four to six weeks after undergoing arthroscopic knee surgery on Tuesday. Griffin was seated on the Clippers' bench Sunday night, his first appearance since the operation. 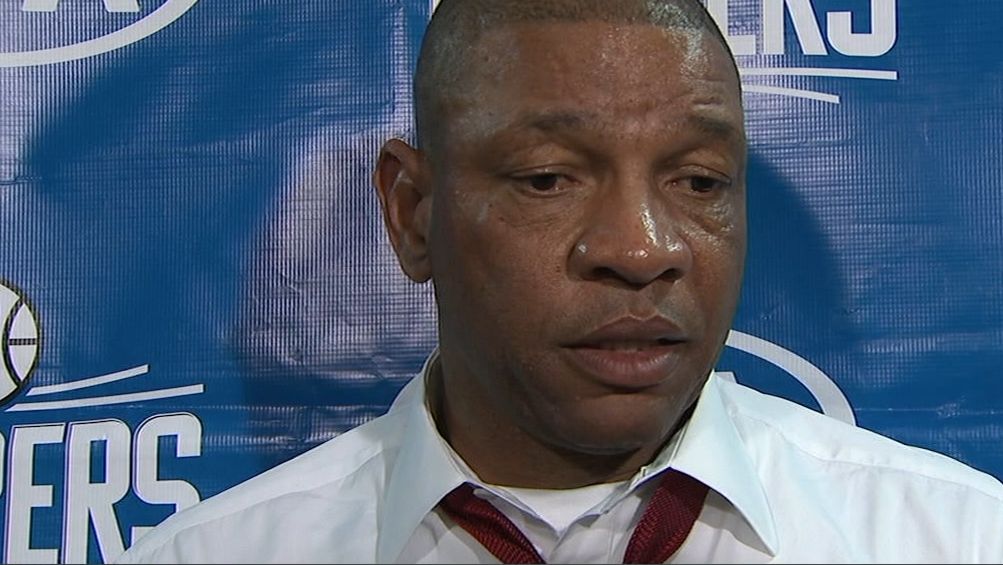