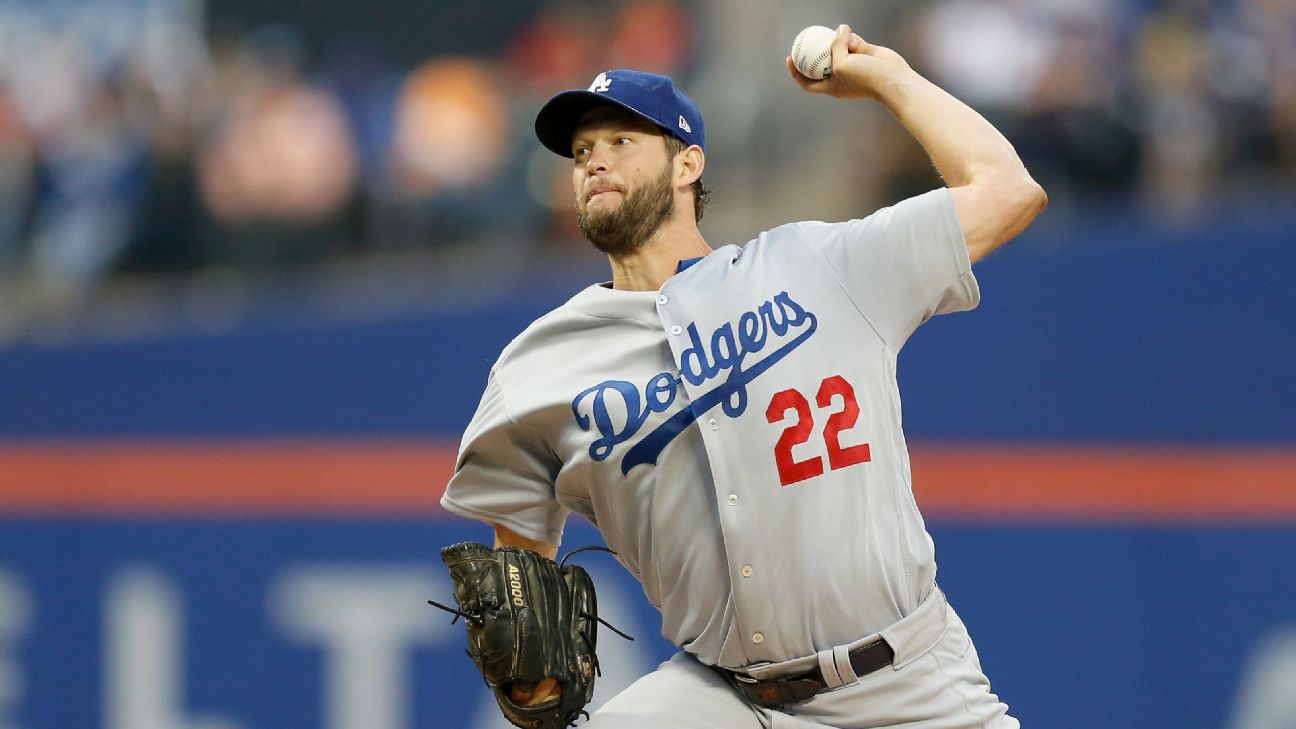 NEW YORK -- Clayton Kershaw was encouraged by how he felt after a shaky, abbreviated return to the Los Angeles Dodgers on Saturday night.

Kershaw came off the disabled list and allowed two runs in three innings against the New York Mets. He threw 55 pitches, starting out strong before laboring through his final inning in an 8-3 win.

"Good to be back," Kershaw said. "Now I can focus on getting better."

The lefty ace was scheduled to make a rehab start with Triple-A Oklahoma City at Omaha, but the Dodgers decided Friday to have him pitch in New York because of precarious weather in Nebraska. Kershaw had been sidelined since June 1 with a lower back strain.

Kershaw was electric in the first inning. He froze leadoff man Brandon Nimmo on a curveball for a three-pitch strikeout, got Todd Frazier looking for a five-pitch K and induced a weak grounder to the mound from Asdrubal Cabrera.

The three-time Cy Young Award winner wasn't as sharp after that. Michael Conforto and Jose Bautista lined consecutive doubles off him in the second inning to tie it at 1, and Kershaw threw 25 pitches in the third inning, giving up an RBI single by Wilmer Flores to put New York ahead 2-1.

Kershaw struck out four, walked one and allowed five hits before Chris Taylor hit for him in the fourth. Kershaw was expected to be limited to about 60 pitches. He threw a simulated inning in the batting cage after being replaced.

"The most important thing, he came out of it feeling good, feeling strong," manager Dave Roberts said. "Felt like he could go longer. As far as the stuff, I thought the slider got better. I thought the fastball coming out of his hand was good from the first pitch, and the curveball I thought was pretty good."

Kershaw pleaded with Roberts to throw in the majors instead of Triple-A and won out because of projected rain in Omaha. The weather held off in Nebraska, though, and Oklahoma City started on time Saturday night. Roberts laughed before the game when a reporter suggested he'd been duped.

"Pitching a rehab game is to make sure you're healthy, right? So I think tonight, same thing," Kershaw said. "Proved I'm healthy -- now it's just a matter of performance."

Taylor was held out of the Dodgers' starting lineup for the second straight day with a tight left hamstring but was available to hit. He may be ready for more Sunday, though he'll likely be held out of the lineup then, too. He was pinch run for by Ross Stripling after his go-ahead double.

Adam Liberatore was optioned to Triple-A to make space for Kershaw.