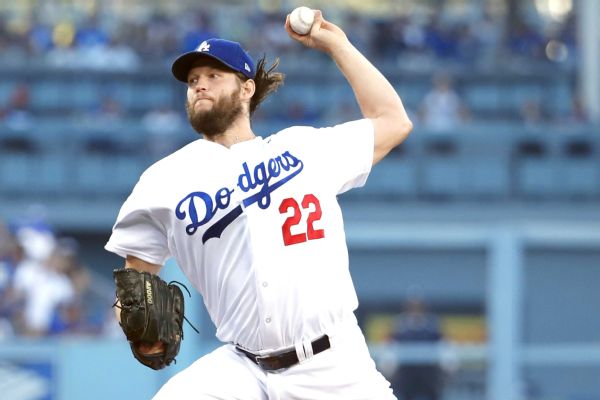 Roberts made the announcement Tuesday when pitchers and catchers reported to spring training with the defending National League champions.

Kershaw turns 30 on March 19. He is tied with Don Drysdale and Don Sutton at seven Opening Day starts. Kershaw was 18-4 with a 2.31 ERA last year.

He wasted a four-run lead and was chased in the fifth inning of a 13-12, 10-inning loss to Houston in Game 5 of the World Series, leaving Los Angeles in a 3-2 World Series deficit. The Astros won in seven games.

"I don't really take something and move on," Kershaw said about getting over the World Series. "I just kind of absorb it."