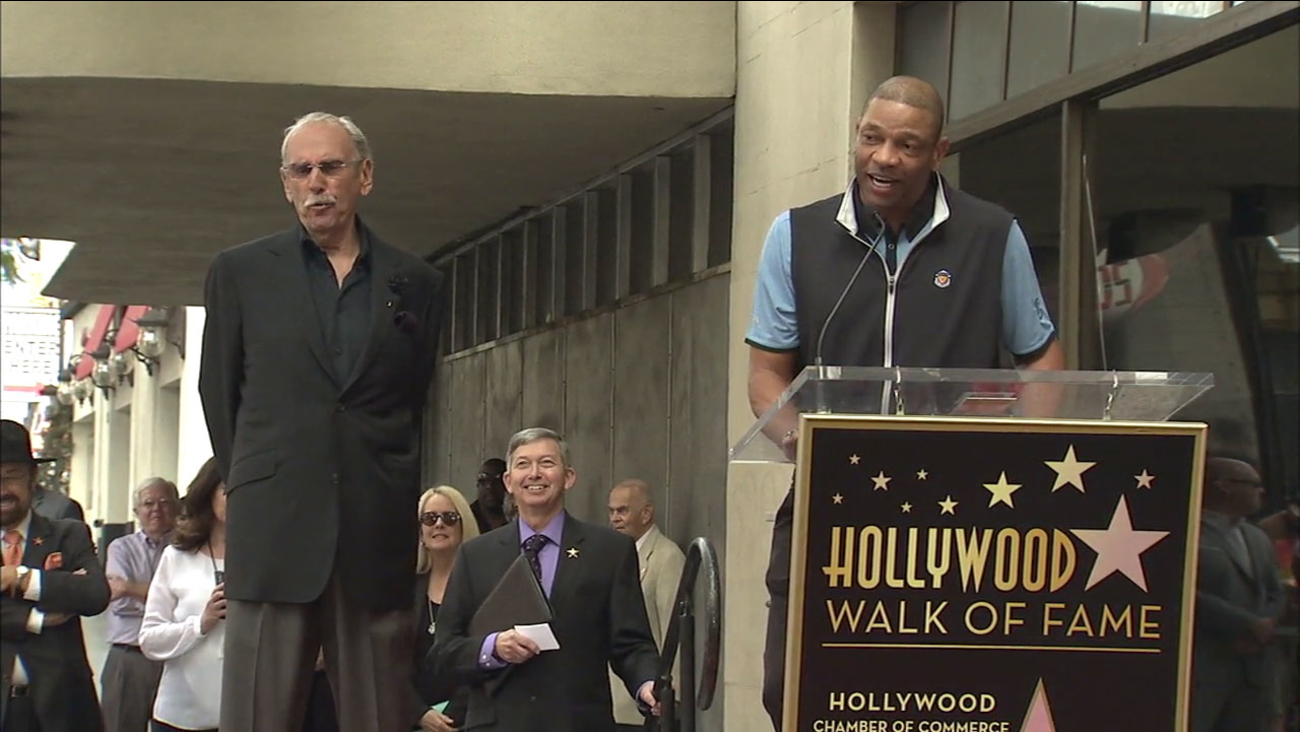 HOLLYWOOD, Calif. (KABC) -- After 37 years as the voice of the Los Angeles Clippers, sportscaster Ralph Lawler was honored Thursday with a star on the Hollywood Walk of Fame.

Lawler's time with the team goes back to right after the Buffalo Braves relocated from New York to San Diego in 1978 and renamed themselves the Clippers. He has broadcast more than 2,800 Clippers games and is the third-longest tenured team broadcaster in NBA history.

Lawler said the honor for him was also a reflection of the city's improved attitude toward the team itself, with its winning record under new owner Steve Ballmer and Coach Doc Rivers.

"Everything has changed," Lawler said. "I can't tell you how different it is. Now the city can finally without any fear of any problems embrace our basketball team. That's really a happy time for me."

Lawler's star is located at 1708 Vine St., next to the 33 Taps bar and grill. The ceremony was attended by team coach Doc Rivers, point guard Chris Paul and several former players.

Rivers said Lawler really identifies with the team and takes wins and losses to heart.

"This is what I'm most impressed about with Ralph, over everything else," Rivers said. "He's a great broadcaster, he's a great husband, he's a great man. He really cares about the team."