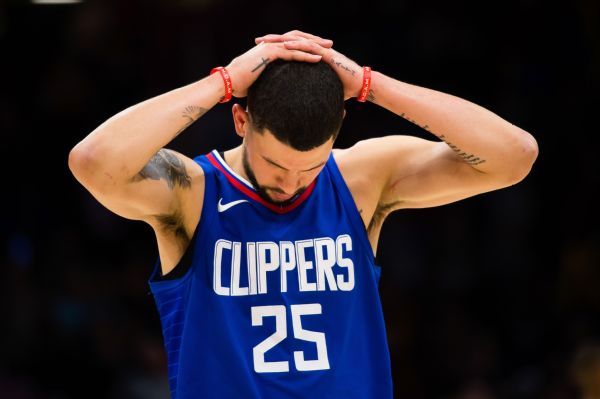 The NBA has fined LA Clippers guard Austin Rivers $25,000 for a verbal outburst directed at a fan on Thursday night at Staples Center, the league announced Saturday.

Rivers told reporters after the Clippers'126-107 loss to the Utah Jazz that the target of his diatribe was engaging in the behavior of a "fair-weather-ass fan."

During the game, Rivers walked toward a fan sitting courtside and told him to "shut the [expletive] up" before he was pulled aside by DeAndre Jordan.

On Friday, Rivers said he regretted his actions.