Clippers look to put away stubborn Nuggets in Game 6 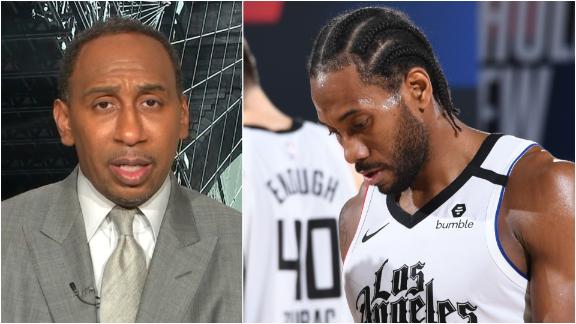 The weight of a Game 7 contest will weigh more heavily on the Los Angeles Clippers, the Denver Nuggets believe.

"To us, Game 7 is just another game," Nuggets center Nikola Jokic said.


Jokic had 34 points, 14 rebounds and seven assists as the Nuggets stunned the Clippers 111-98 in Game 6 of their Western Conference semifinal on Sunday at the NBA bubble near Orlando.

Game 7 is Tuesday. The winner meets the Los Angeles Lakers in the conference finals.

Jokic connected on 13 of 22 shots from the floor, including 4 of 6 3-pointers. Jamal Murray had 21 points, Gary Harris added 16 and Michael Porter Jr. chipped in 13 for the third-seeded Nuggets, who outscored the second-seeded Clippers 64-35 in the second half.

"It was just amazing," Denver coach Michael Malone told the media after the game. "We had 11 straight stops at one point. Coming into this round they were the No. 1 offense in the playoffs, so I'm running out of adjectives, superlatives, whatever you want to call it to speak on our team because that is a tough, resilient group of you know what. I love our team."

Paul George had 33 points, six rebounds and five steals for the Clippers, who are attempting to advance to their first Western Conference final. They are 0-7 in franchise history in previous attempts to get there.

"Just gave up the lead again, pretty much," said Leonard, who made 8 of 18 shots and 3 of 5 3-pointers. "They came down and either scored or got fouled in the third quarter, and we couldn't buy a basket. That's how they came back."


The Nuggets will be trying to become the first NBA club to rally from a 3-1 deficit in back-to-back series. They did so against the Utah Jazz in the first round. And Leonard said the Clippers have to be ready for what the Nuggets have in store for them.

"Just got to leave it all out on the floor," Leonard said. "Make sure we are paying attention to detail, executing and communicating on the defensive end. That's all we can do. Go out there and play hard and make sure we know the game plan."

The game plan Sunday seemed to be going just fine for Los Angeles in the first half. The Clippers coasted to a 16-point halftime lead and went up by as much as 19 early in the third quarter. But the Nuggets outscored them 30-16 in the third and seized control in the fourth.

Clippers coach Doc Rivers said the game swung when Murray, who appeared to have the wind knocked out of him, crashed to the floor after a third-quarter collision under the basket with George.

"I thought once Murray went down with that injury from that point on the complexion of the game completely changed," Rivers said. "I thought we were the more physical team, we were attacking, we were getting into the paint. And from that point on, it was a reverse of scripts."

Stephen A. holding Kawhi accountable for Clippers' loss
Stephen A. Smith breaks down the Clippers' Game 6 loss to the Nuggets and says Kawhi Leonard has to step up in order for his team to win the series.
Report a correction or typo
Related topics:
sportsespnla clippersdenver nuggetsnba
Copyright © 2021 ESPN Internet Ventures. All rights reserved.
More Videos
From CNN Newsource affiliates
TOP STORIES