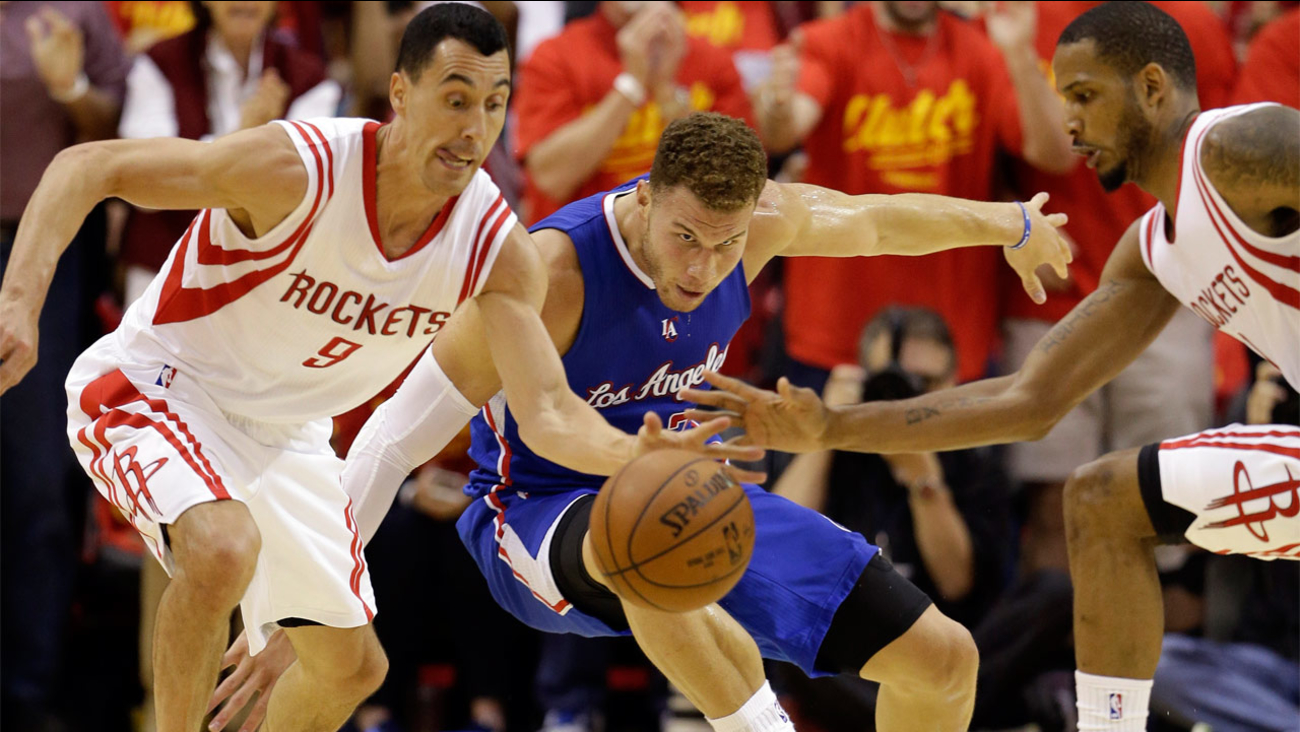 HOUSTON -- James Harden scored 31 points, Dwight Howard had 16 points and 15 rebounds and the Houston Rockets never trailed in a 113-100 victory over the Los Angeles Clippers on Sunday, sending them to the Western Conference finals for the first time since 1997.

It's the ninth time in NBA history that a team has overcome a 3-1 series deficit to win a playoff series.

The Rockets needed an epic comeback to overcome a 19-point third-quarter deficit and force Game 7. No such heroics were needed Sunday when they were up by 17 after three and Howard opened the fourth quarter with a 3-point play to push it to 88-68.

Blake Griffin scored five points in a 9-0 run to cut the lead to eight points with less than 2 1/2 minutes remaining. Harden made a pair of free throws after that, but a dunk by DeAndre Jordan got the Clippers within eight again. This time Trevor Ariza hit a 3 from the corner to secure the victory.

Ariza finished with 22 points and made six 3-pointers.

Every fan in the arena was given a red shirt emblazoned with the words "Clutch City" in yellow letters, bringing back the moniker of the 1994 and '95 teams that won back-to-back titles. These Rockets lived up to the nickname, winning their third straight game to become the first team to win a playoff series after trailing 3-1 since the Phoenix Suns did it in 2006 against the Lakers.

After taking a two-game lead after four games the Clippers looked destined to be heading to the conference finals for the first time in franchise history. But they failed in all three chances to put Houston away and are now left to ponder their collapse as they head home early yet again.

Los Angeles never led, but tied it at twice in the first 4 minutes. The Clippers insisted Saturday that they'd gotten over Thursday's loss, but looked listless early in this one as Houston built the lead.

Little went right for the Clippers for most of the game and when a dunk by Jordan early in the fourth quarter simply bounced out of the rim, the big man could only look at the basket in disgust. The frustration was evident with Paul too, as he angrily threw the ball after picking up an offensive foul later in the fourth.

Harden was under the weather and on the bench in the fourth quarter when Josh Smith and Corey Brewer helped Houston outscore Los Angeles 51-20 to close out the win in Game 6. The MVP runner-up looked back to full strength on Sunday, scoring 12 points in the first quarter and finishing with eight assists and seven rebounds.

A 3-pointer by Jamal Crawford with about 2 1/2 minutes left in the third quarter cut the lead to eight points. Houston scored the next nine points, with five from Trevor Ariza, to push it to 83-66.

Pablo Prigioni grabbed two straight steals from Griffin in that span. Griffin fell to the court on the second one and shook his head as Prigioni darted away with the ball. Crawford made a layup for L.A. but Harden shook off Austin Rivers and stepped back for a jump shot near the buzzer to leave Houston up 85-68 entering the fourth.

Harden got Houston going after that, driving into the lane and finishing with a one-handed dunk before dishing to Smith on the next possession and he swished a 3-pointer to make it 65-57.

The Rockets remained up by 8 midway through the quarter when Howard was called for a three second violation. But Griffin launched a bad pass that Prigioni snatched up and converted on the mistake with a 3-pointer to make it 70-59.

Houston led by as many as 15 points in the second quarter before a 13-4 run by the Clippers got them within 52-46. But Houston scored the last four points of the first half, capped by an alley-oop dunk by Howard, to lead 56-46 at halftime.