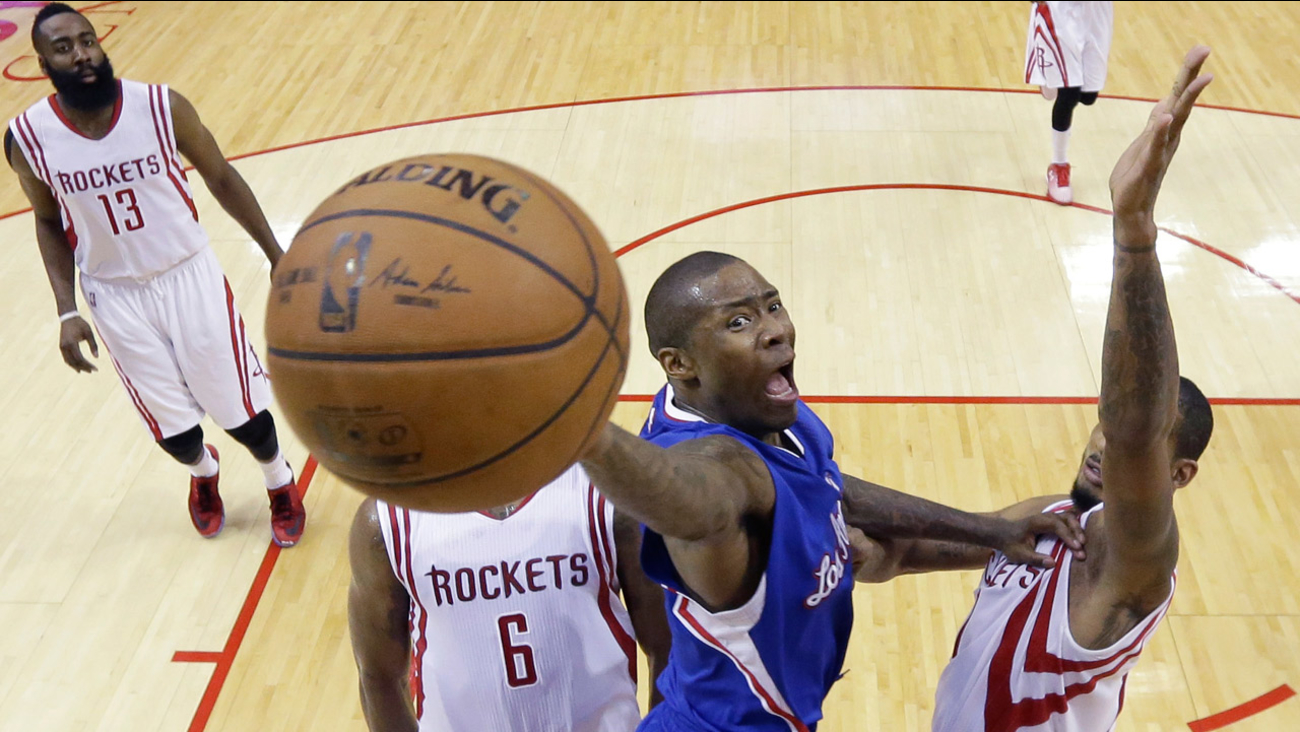 James Harden scored 16 of his 32 points in the fourth quarter to lift the Houston Rockets a 115-109 victory over the Los Angeles Clippers on Wednesday night that evened their Western Conference semifinal at one game apiece.

Dwight Howard had 24 points and 16 rebounds for the Rockets, who bounced back from a 117-101 loss in the opener. Game 3 is Friday night in Los Angeles.

Trevor Ariza added 15 points and 13 rebounds for Houston, which made 42 of its 64 free throws.

Blake Griffin led Los Angeles with 34 points, but had just eight after halftime as Houston keyed on him with All-Star point guard Chris Paul out with a hamstring injury.

Coach Doc Rivers said before the game that Paul is getting better but still isn't "moving well." Rivers isn't sure if Paul will be ready for Game 3 but expects him to play at some point in this series.

The Rockets were down by three early in the fourth before scoring the next eight points, with 3-pointers by Ariza and Harden, to take a 93-88 lead.

Nine straight points by Los Angeles, capped by a 3 from Matt Barnes, cut the lead to four with 1:27 left, but Harden made a layup to extend the lead to 111-105. Howard and Harden each made two free throws to secure the victory.

Houston was 2 of 17 on 3-pointers before Ariza made one early in the fourth. Harden made another 3 about a minute after his first one in the period to make it 98-89 and flashed three fingers at the Clippers' bench.

There was a delay of several minutes with 11:54 remaining because the shot clock on one of the baskets went out. They finally gave up on getting it fixed and put one on the floor at both ends of the court and the public address announcer counted down when it reached 10.

Houston trailed by seven when Harden re-entered the game after spending most of the third quarter on the bench after picking up a fourth foul. He came in aggressive, driving the lane on the next two possessions, and getting fouled both times. He made three free throws and Ariza added a fourth one to get the Rockets within 85-83 entering the fourth.

A layup by Griffin soon after Harden left the game pushed the lead to 13 before a 14-4 run by Houston, powered by six points from Terrence Jones got Houston within 73-70 midway through the third.

DeAndre Jordan's one-handed slam about a minute later made it 77-73, but he went to the bench with his fifth foul soon after that.

Paul spent his 30th birthday watching from the bench, as he missed the second straight game with a strained left hamstring. Paul was injured Saturday night against San Antonio, but returned to hit the winning shot to eliminate the Spurs.

The Clippers opened the second quarter with an 18-4 run, capped by four points from Griffin, to take a 42-39 lead. Griffin had 26 points at halftime on 11 of 14 shooting.

Los Angeles led 65-56 at halftime after a 41-point second quarter.