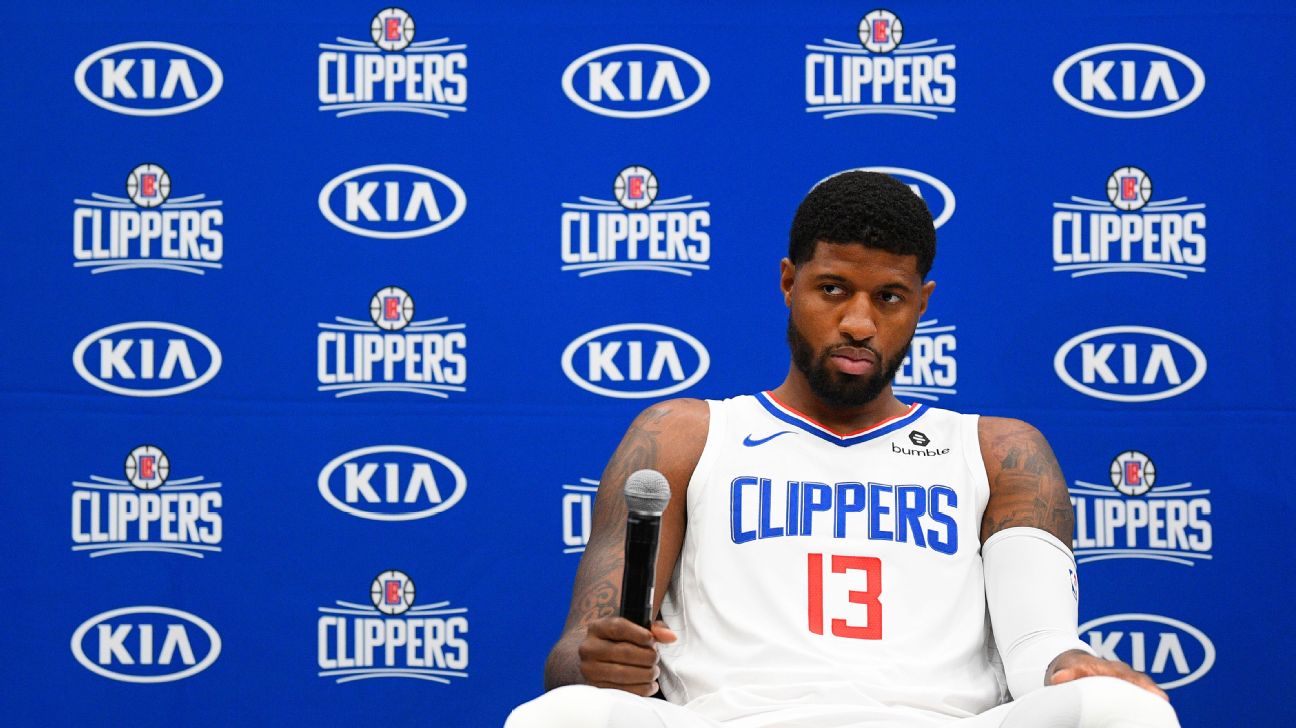 LA Clippers forward Paul George says he will not play in the preseason and is targeting a November return from surgeries he had on both shoulders this offseason.

In an interview with SportsCenter on Sunday, before the team's annual media day, George said he still has "a little ways to go" in his rehabilitation, but "I'm where I want to be right now at this point in the season almost starting. I like where the progression is going."

During his group news conference, George said he'd be a noncontact participant in camp.

"I will be out of the preseason," George told ESPN. "As of now, I'll be out of October fully, but who knows? We'll see. In the November range is our target date."

The Clippers open the regular season Oct. 22 against the Los Angeles Lakers, then face the Golden State Warriors, Phoenix Suns, Charlotte Hornets, Utah Jazz and San Antonio Spurs. If George indeed misses all of October, that's at least six games for which the Clippers would be without one of their two new superstars (Kawhi Leonard being the other) to start the season. 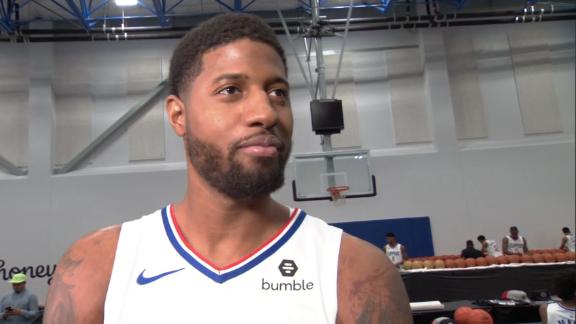