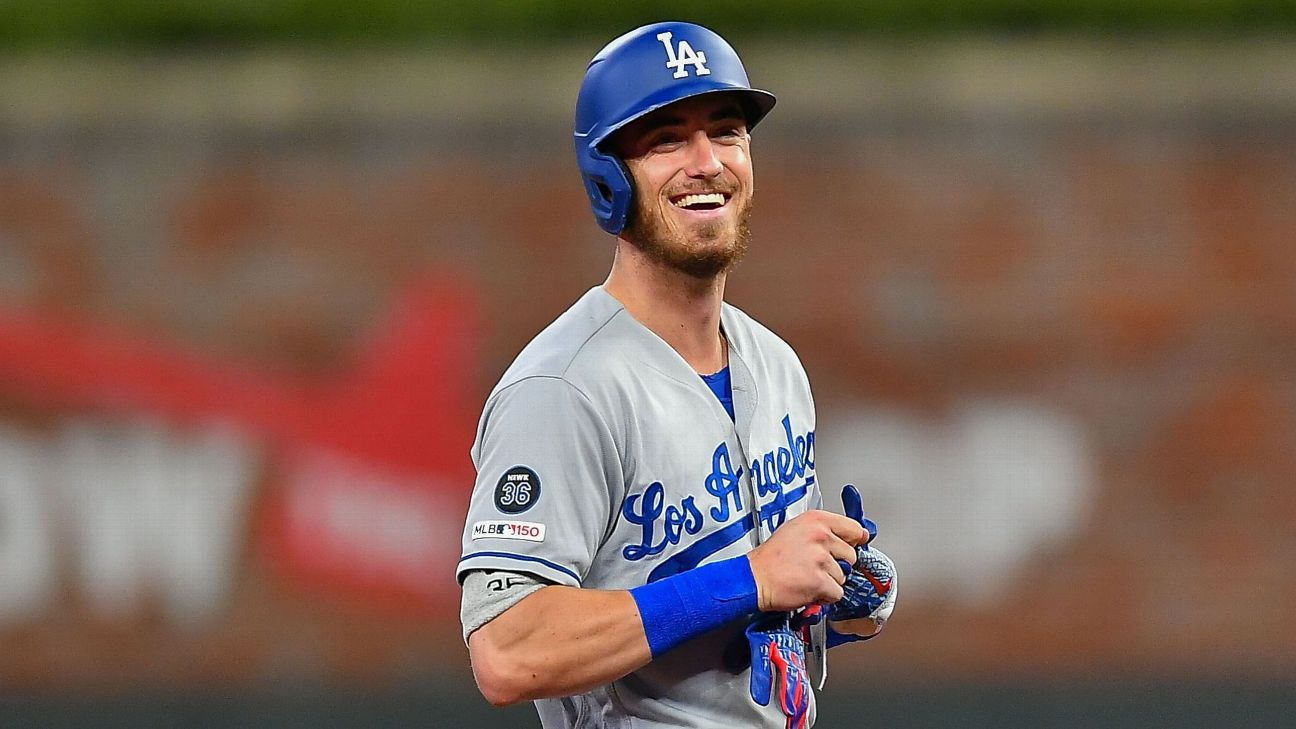 Cody Bellinger isn't one to get emotional, as you might suspect. But the moment got a little big on Thursday, while sitting on the living-room couch of his parents' house in Chandler, Arizona, surrounded by loved ones.

Bellinger, a little unsure about where his career might take him at this time last year, had just been named the National League's Most Valuable Player, beating out Christian Yelich, whom he's built a close friendship with in recent months.

Bellinger's father, Clay, got emotional. And then so did Bellinger, right in the middle of his live interview with MLB Network. It was the first time Bellinger remembered crying since his golden retriever, Angel, died a few years earlier.

It meant that much.

"Just a dream come true," Bellinger said. "You never think it could be you in this situation."

Bellinger, 24, batted .305/.406/.629 with 47 home runs and 15 stolen bases through what became a breakout season in 2019, ultimately becoming the first Dodgers position player to win the MVP since Kirk Gibson in 1988. Yelich did a little more on offense -- batting .329/.429/.671 with 44 home runs and 30 stolen bases for the Milwaukee Brewers -- but Bellinger also played elite defense at three positions and captured the Gold Glove in right field.

"There wasn't one part of his game that he didn't dominate," Dodgers manager Dave Roberts said in a statement.

Bellinger's award was announced 30 minutes before Mike Trout, who stars for the crosstown-rival Los Angeles Angels, captured his third career MVP. Bellinger is the 12th Dodgers player to win the award, but he is the first in franchise history to win the Gold Glove, Silver Slugger and MVP in the same season. Only three other players -- Johnny Bench, Fred Lynn and Dustin Pedroia -- had collected MVP, Gold Glove and Rookie of the Year awards before turning 25.

"What everyone says is true -- great talent, great athlete, all that stuff," teammate Clayton Kershaw, the NL MVP in 2014, said in a statement. "But man, he's just a great baseball player and there is nothing else to say."

Bellinger, a fourth-round pick as a scrawny 17-year-old, burst onto the scene with Rookie of the Year honors in 2017, then suffered through the proverbial sophomore slump in 2018. Bellinger's batting average stood in the low .200s through June. As the summer ensued, he attempted to counter the struggles with a head-spinning amount of mechanical adjustments. Lefties gave him fits for the first time, prompting him to sit important postseason games because the matchup was not in his favor.

"It was a very humbling experience," Bellinger said, "for a variety of reasons."

Bellinger was determined to improve from the onset. Shortly after the World Series' conclusion, he sought the counsel of the Dodgers' two hitting coaches, Robert Van Scoyoc and Brant Brown, alternating his time with each of them in L.A. and Arizona. They worked to get him closer to the setup and load that worked for him two years earlier, but also -- more important -- to help him gain a full understanding for all the moving parts of his swing.

"From the moment the 2018 season ended," Dodgers president of baseball operations Andrew Friedman said, "he was a man on a mission to better understand his swing and to become a more complete hitter."

Bellinger scorched through the early portion of the 2019 season, holding his batting average above .400 until the 22nd day of May. The numbers inevitably dropped thereafter, but Bellinger never suffered through the cataclysmic struggles that soured his 2018. By the end of it, he had honed his two-strike approach, had improved dramatically against lefties and, given his innate gifts as a baserunner and a defender, had turned himself into one of the game's true superstars.

"This award, man, it just makes me so much hungrier to keep performing," Bellinger said. "The feeling that you have -- why would you ever wanna not receive this?" 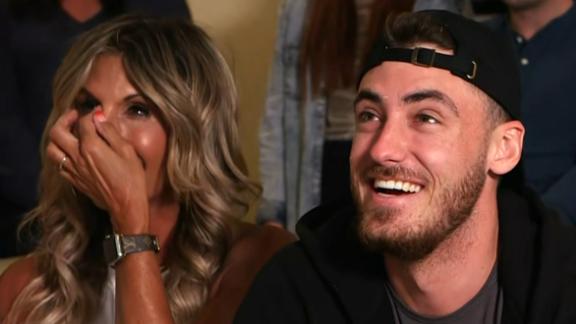 Bellinger: Winning MVP 'means everything'
Cody Bellinger joins SportsCenter after being announced as the National League MVP and describes how special the award is to him and his family.
Report a correction or typo
Related topics:
sportsespnnewsmlblos angeles dodgerscody bellinger
Copyright © 2020 ESPN Internet Ventures. All rights reserved.
More Videos
From CNN Newsource affiliates
TOP STORIES