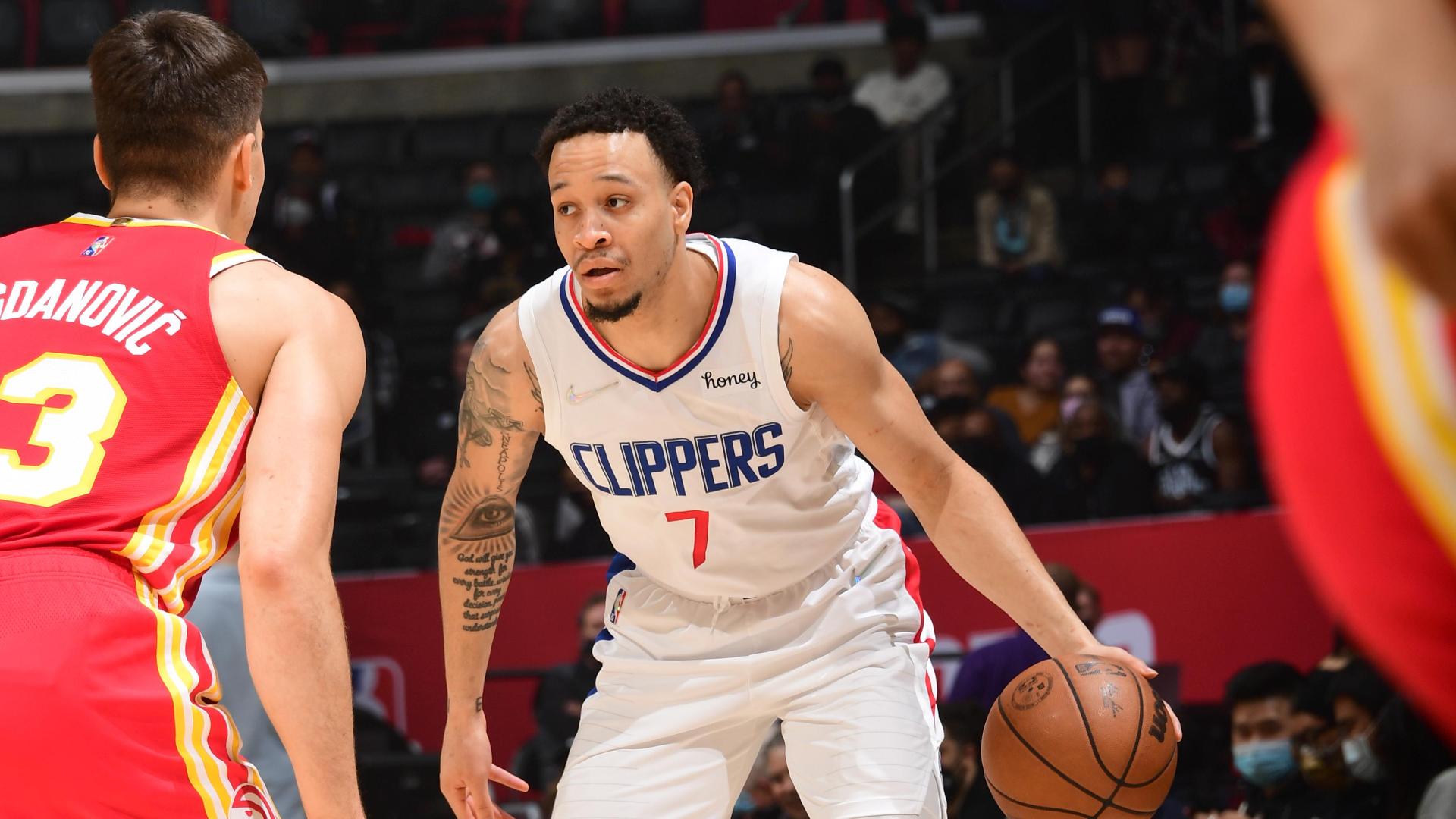 LOS ANGELES -- - Amir Coffey tied a career-high with 21 points and Serge Ibaka added 16 to lead the Los Angeles Clippers to a 106-93 win over the Atlanta Hawks on Sunday.

Coffey, who went undrafted out of Minnesota in the 2019 NBA draft, is on a two-way contract with the Clippers and the G-League but has really blossomed this season. He made a big impact Sunday since the Clippers, like many NBA teams, are short-handed due to health and safety protocols and injuries.


He made 8 of 12 field goals and 5 of 8 3-pointers. It's been an up-and-down stretch for the Clippers, and while he's made steady improvements, Coffey has had to navigate going from the G-League to the NBA and back-and-forth.

"I just always tell myself it's a marathon," Coffey said. "There's ups and downs. Good games and bad games, going back and forth. It's about staying level-leaded in good times and bad times. Don't get too high or too low. I'm doing what i love. At the end of the day, I'm happy for myself and excited for myself."

Bogdan Bogdanovic and Trae Young led the Hawks with 19 points each. Bogdanovich scored 15 of those 19 points in the first half for the Hawks. The matchup featured two struggling teams, both through injuries, protocols and losses. Atlanta finished 2-4 on the roadtrip.

"There's many issues obviously," Bogdanovich said. "I don't know what is the main one because we have a lot of them. We have to look at ourselves in the mirror and accept we're playing bad right now. We can't say we're a good team right now because we're not."

The Clippers, who played back-to-back games after a home loss to Memphis, snapped a three-game losing streak. They had also lost nine of their last 12 before Sunday's victory.

The Clippers are still trying to figure out their way without Paul George, who is out with an ulnar collateral ligament tear in his right elbow for at least another few weeks.

Ivica Zubac had 13 rebounds and three assists for the Clippers.

The Clippers outrebounded the Hawks, 47-39.

"It feels good," said Clippers coach Tryonn Lue. "We brought a physicality to the game. We rebounded inside. We played hard. We played tough. They're a tough team to beat."

The Hawks finished a season-long roadtrip of six games over 13 days.

The Clippers ran a tribute video of former player Lou Williams, in the first quarter. Williams, who won two sixth man of the year awards with Los Angeles, was on the Atlanta bench as a healthy scratch. He was a fan favorite in Los Angeles.

"It was out of respect," said Chris Jent, Atlanta's acting head coach. "Lou wasn't in the rotation today. Rather than have him in uniform and not play, we had him inactive."

Hawks: F Cam Reddish sprained his right ankle after playing 3 minutes and didn't return to the game. It's the same ankle he previously injured ... C Clint Capela (left ankle sprain) was out Sunday. He left Friday's game against the Lakers and there had been no improvement ... The Hawks outscored the Clippers 12-0 in fastbreak points in the first half ... John Collins made his 223rd career start for the Hawks, tying Zaza Pachulia for 23rd in Atlanta history ... Chris Jent was the acting head coach for the Hawks as Nate McMillan is still in health and safety protocols.