College football spring games: How to watch, what to expect 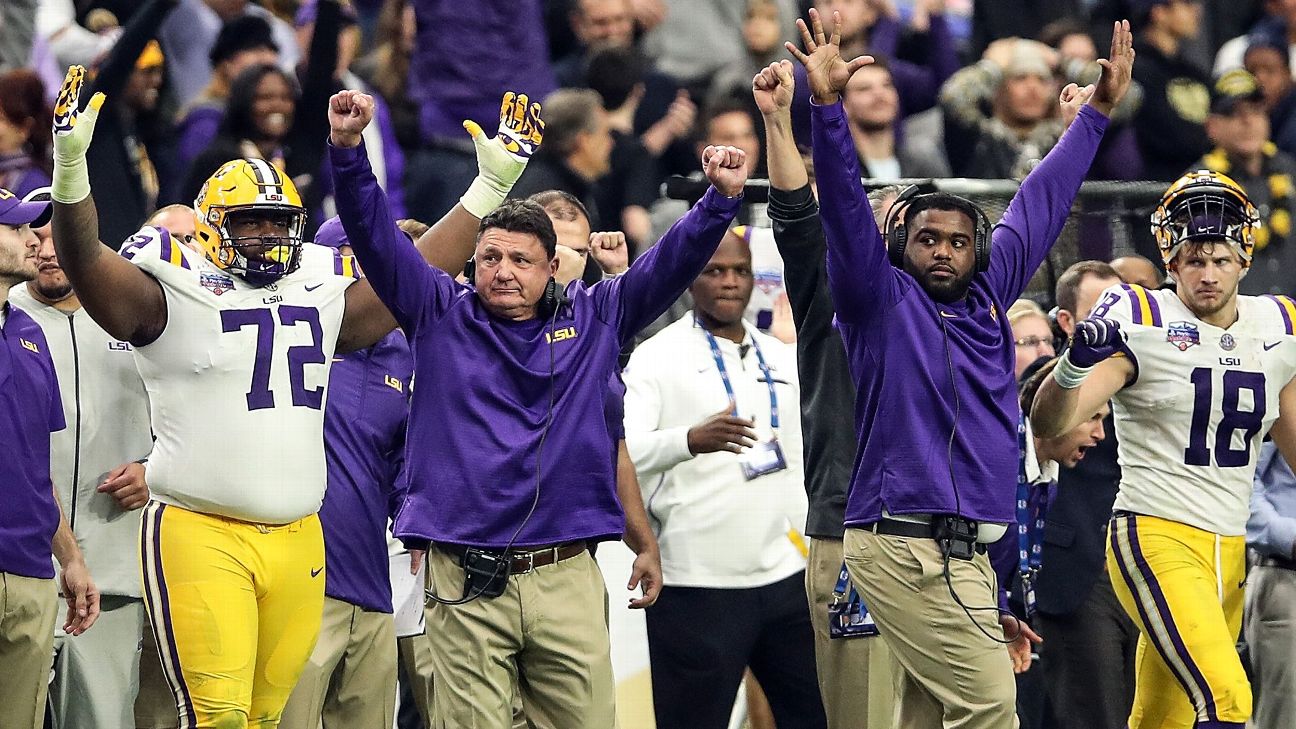 If the Final Four is Saturday's feature presentation, then let college football serve as the previews beforehand. A number of high-profile teams will be staging spring games or showcase events this weekend, providing several opportunities to see some of the sport's rising stars (hello, Trevor Lawrence) and new-look systems (the Air Raid at USC).

Here is what we're excited to see from Saturday's spring games (all times ET).

What we're excited to see: This could be a great South Carolina offense or it could underachieve yet again. It's up to QBJake Bentley, who enters his swan song in Columbia after an up-and-down start to his career. Assuming he starts -- and that's a safe bet -- he could leave with every major passing record in school history. But whether he fulfills his potential and puts his team in contention remains to be seen. He'll have a strong and deep supporting cast around him, though, even with receiverDeebo Samuel off to the NFL. Rico Dowdle, Mon Denson and A.J. Turner all return at running back, and Bryan Edwards and Shi Smith form a nice returning nucleus at receiver.

What we're excited to see: Wide receiver Rondale Moore won the Paul Hornung Award, was named Big Ten Receiver of the Year, Big Ten Freshman of the Year and was a first-team All-Big Ten selection -- all in his true freshman season for the Boilermakers. Moore was one of the most electrifying players in college football and one of the most versatile players in the country. With a season of experience behind him, he has a chance to improve on the outstanding season and help lift this Purdue team from a 6-7 record last season. Watching his progression will be something exciting for Purdue fans.

What we're excited to see: A healthy AJ Dillon and Anthony Brown are the biggest reasons to watch. We ended last season with Brown sidelined and spent half the year with Dillon playing hurt. BC's offense has a chance to take another big step forward this year -- but only if the QB-RB tandem is at its best.

What we're excited to see: The new-look offense. So long, Ryan Finley, Kelvin Harmonand a cast of offensive stars. Welcome ... well, we're still finding that part out. And while Saturday's spring game isn't likely to be the defining moment for finding an offensive identity, it will be a good public look at QBs Matt McKay, Bailey Hockman and Ty Evans, and an opening salvo for new coordinator Kurt Roper.

What we're excited to see: While the Trojans still have another week of practice, Saturday's showcase event will provide a glimpse of how they will look under new offensive coordinator Graham Harrell. It won't be structured like a game, but there will be scrimmage portions during which the Air Raid offense will be on display. Almost by default, quarterback play will be worth monitoring to see both how the four scholarship quarterbacks compare with each other and how they've taken to Harrell's offense.

What we're excited to see: Viewers will be able to see Derek Stingley Jr. in action as a Tiger for the first time. The true freshman, who was the No. 1 cornerback recruit in the nation and the No. 18 overall prospect in the 2019 ESPN 300, enrolled in December and has drawn rave reviews from coaches and players alike. Ed Orgeron compared him to Reggie Bush,and teammate Kary Vincent Jr. called him a "once-in-a-lifetime player."

What we're excited to see: There's the new look on the O-line, with tackleMitch Hyatt moving on after four years as a starter. And there's the renovated defensive front, which will features an entirely new cast. And there are big questions about the linebacking corps. And ... oh, who are we kidding? We're excited to see Trevor Lawrence throw some lasers to Justyn Ross again. It's been three months since they dominated Alabama in the national title game, and we're ready for some more heroics.

What we're excited to see: The defense was a disaster a year ago, with coach Dave Clawson making a change at coordinator midseason. The hope is that bowl prep in December and spring ball have afforded Lyle Hemphill and staff the time to make some needed adjustments. Expect to see a lot of new faces, particularly at safety, get a lot of reps.

What we're excited to see: Despite an abysmal record (2-10) in coach Chad Morris' debut season, the Hogs were able to do well on the recruiting trail, signing a top-25 class in the winter. Many of those prospects will be on the field Saturday. The influx of new faces includes 10 early enrollee freshmen, led by Trey Knox, an ESPN 300 receiver from Tennessee who is already impressing coaches and teammates with his ability in spring drills. It'll also be a chance to see new quarterback Ben Hicks -- a graduate transfer who started for Morris at SMU -- with his new team. He's one of two new quarterbacks who will be on the roster this fall (the other is former Texas A&M QB Nick Starkel, who will arrive in the summer).