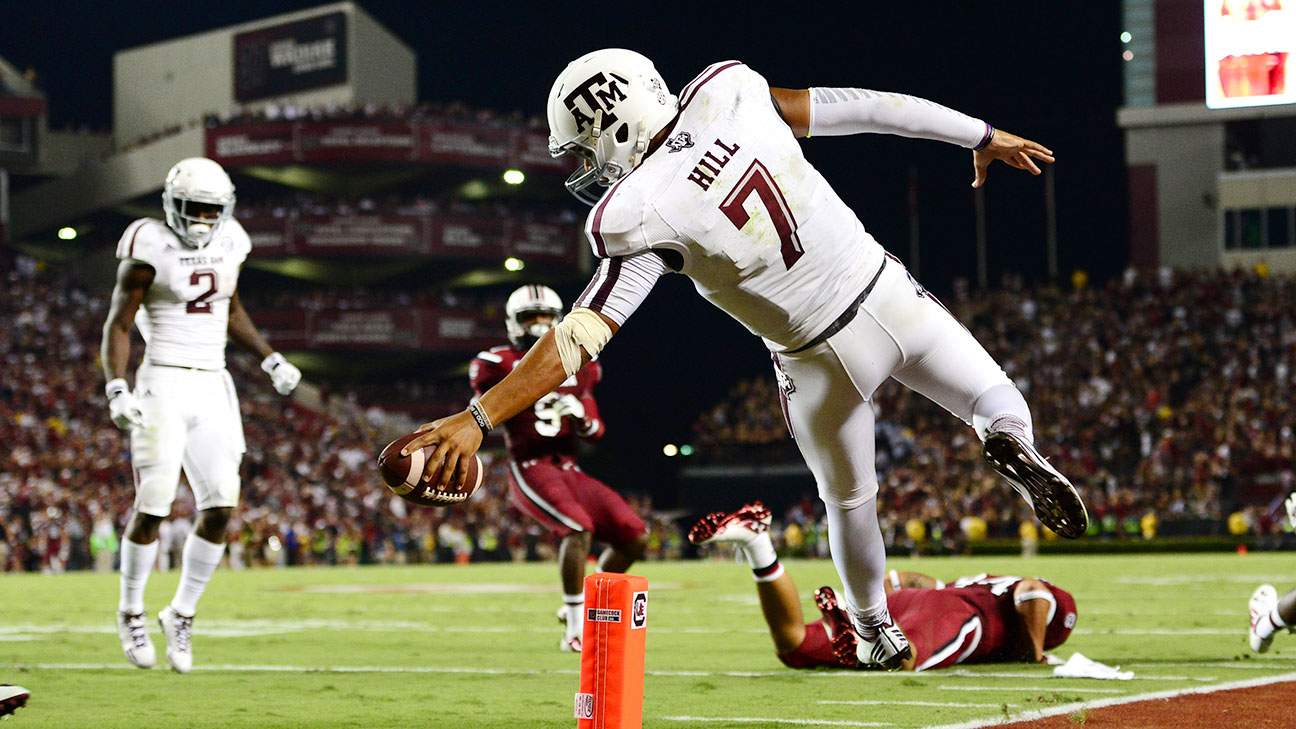 College football has the knack of propelling the out-of-nowhere story. The tale of the near impossible, the astonishing underdog and the stars that burn the brightest for a moment and never return. Our writers dove headfirst into the players, teams and even seasons that captured the nation and disappeared just as fast in this "one-hit wonder" greatest-hits list.

Ivan Maisel: In 1988, I attended a luncheon at USC celebrating the Trojans' football centennial. The emcee introduced a short, slight, white-haired man named Doyle Nave, who carefully stood and gave an embarrassed wave. In the fourth quarter of the 1939 Rose Bowl, USC trailed Duke 3-0, and the score wasn't as close as it sounded. The Blue Devils hadn't allowed a point all season. Trojans assistant Joe Wilensky grabbed the sideline phone and pretended to receive a call from the press box. Wilensky saw the Duke secondary tiring and knew that Nave, the fourth-string quarterback, could throw. Wilensky told head coach Howard Jones that the coach upstairs wanted Nave in the game. Jones acquiesced. Nave completed four consecutive passes to Al Krueger, the last for a touchdown. Forty-nine years later, Nave remained a Trojans hero.


Bill Connelly: I nominate the 1990 season. The whole thing.

Here's a list of the teams that have won or shared college football's national title in the past three decades: Alabama, Auburn, Clemson, Colorado, Florida, Florida State, Georgia Tech, LSU, Miami, Michigan, Nebraska, Ohio State, Oklahoma, Tennessee, Texas, USC, Washington. Admittedly, there are some names on there that probably don't resonate as national powers to current college football recruits -- hello, Vols and Huskers (and, if we're being catty, Wolverines) -- but this is basically a list of college football's blue-blood royalty ... and Colorado and Georgia Tech. Colorado enjoyed a few elite-level seasons in the late-1980s and early-1990s but only broke through at the title level with help from a fifth down against Missouri and a controversial clipping penalty against Notre Dame. Georgia Tech has enjoyed only one top-five finish since 1956, but it scored the team a title ring. Virginia spent half the season at No. 1. Eighteen different teams spent time in the top five. Only 2007 can compete with this year from a wildness and unpredictability perspective.

Chris Low: Mississippi State's 6-3 win over Alabama in 1980 remains one of the more epic upsets in SEC history. Bear Bryant seemingly had the No. 1-ranked Crimson Tide on their way to an unprecedented third straight national championship before their 28-game winning streak was snapped that November day in Jackson, Mississippi. The game went down to the final seconds and included fumbles by both quarterbacks. Afterward, Bryant visited the Mississippi State locker room to congratulate the Bulldogs players. It was Mississippi State's only win in the series during a 38-game stretch from 1958 to 1995. The Bulldogs had a strong team that season and finished with nine wins, but have won nine or more games in the regular season only twice since (1999 and 2014).

Mark Schlabach: Before the 2014 Sugar Bowl, perhaps no quarterback had embarrassed Nick Saban's Alabama defense like Oklahoma's Trevor Knight did that night. After completing only 52.2% of his passes during the regular season, Knight completed 32 of 44 attempts for 348 yards with four touchdowns and one interception (off a receiver's hands) in the Sooners' 45-31 stunner over the No. 3 Crimson Tide. That magical night in New Orleans was the highlight of Knight's college career -- unless you count Katy Perry's flirtations on College GameDay the next season. It wasn't like Knight was a bust; he was a solid college QB but just never as good as he was against Alabama. He threw for 2,400 yards with 14 touchdowns and 12 interceptions at OU in 2014, lost his starting job to Baker Mayfield the next season, and then transferred to Texas A&M, where he threw 19 touchdowns with seven interceptions as a senior in 2016.


Andrea Adelson: I was a junior journalism student at the University of Florida when the Gators played No. 2 Florida State in 1997. Florida had a fairly disappointing season by its standards, a year after winning its first national championship. Florida State was undefeated with national championship aspirations. Steve Spurrier pulled off one of the most unexpected moves of his career, rotating starting quarterback Doug Johnson and backup Noah Brindise, a former walk-on whom Spurrier sometimes referred to as "Nacho Noah" for his girth. The quarterbacks rotated every snap, so thoroughly confusing the Seminoles that the underdog Gators inexplicably won the game 32-29 when nobody had given them any shot at winning. That remains the defining game of Brindise's career, one that will always have its place in Florida football lore as one of the greatest victories in Ben Hill Griffin Stadium. I watched the final minutes unfold from the field, and when the clock ticked to zero, I felt the ground shake underneath me. It was a scene I will never forget.

Harry Lyles Jr.: Texas A&M's Kenny Hill is the correct answer here. Hill was Johnny Manziel's backup, and took over as his successor for the 2014 season. The Aggies opened up against No. 9 South Carolina that year and kicked off the season on a Thursday night in Columbia. Following up a player like Manziel was no small task, and Hill passed any expectations in his first game, throwing for 511 yards and three touchdowns, completing 44 of his 60 pass attempts. He also earned a fun nickname, "Kenny Trill." Hill was able to continue some sort of dominance against opponents like Lamar, Rice and SMU. Then, once conference play came around, Kenny wasn't so "Trill" anymore, and was eventually replaced by Kyle Allen. But that opening game, and the nickname Kenny Trill, was a fun few weeks.