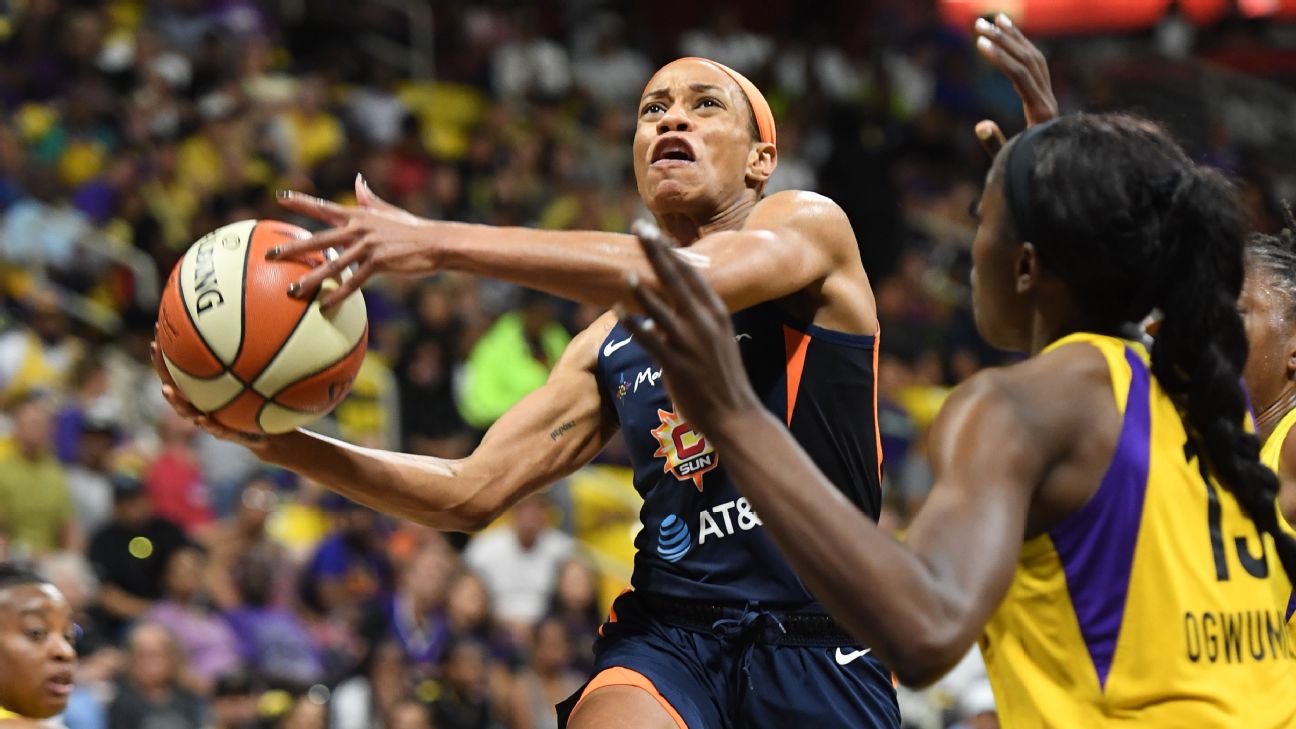 LONG BEACH, Calif. -- One of Curt Miller's first tasks as the Connecticut Sun'shead coach was to draw a circle. The year was 2016, but Miller flipped his daily planner all the way to 2019 and drew attention to it. Miller had made his mark in the collegiate ranks, his success largely a byproduct of talented freshman classes that reached their collective peaks as seniors. The only way Miller knew to succeed in the WNBA was to stick with a group of young players and give them the proper time to find their way.

"The scary part," Miller said, "is you don't get that length of contract at the pro level."

To implement his vision, Miller needed buy-in from the Sun's front office. He wanted to make sure it would remain patient, stay the course through the inevitable struggles and give this core a chance to grow together without interruption.

On Sunday, after watching his team complete a semifinal sweep of the Los Angeles Sparks, he saw his hopes turn into reality.

The Sun had just completed a thorough drubbing of one of the WNBA's most prestigious franchises, their 78-56 victory over the Sparks -- in a game that took place at Walter Pyramid because Staples Center was helping host the Emmys -- pushing the franchise into the WNBA Finals for the first time in 14 years.

The clincher was dominated by guard play, with Jasmine Thomas and Courtney Williams combining for 46 points on 19-of-34 shooting. The series was decided by defense, the Sun holding the Sparks to a combined 39% from the field while allowing them to make only 11 of their 58 3-point attempts over three games. And the season might be decided by continuity.

The Sun's starting five -- Williams, Thomas, Jonquel Jones, Alyssa Thomas and Shekinna Stricklen -- is one of only four throughout WNBA history to remain together without interruption for an entire season, according to Elias Sports Bureau research. Each of the five players has been with the Sun for at least the past four seasons.

"It's a team that fits together," Miller said, "and I think you're seeing stars blossom in this playoff series."

The Washington Mystics, still battling the Las Vegas Aces in their semifinal series, were the ones expected to roll through the WNBA playoffs. But it was the Sun, relatively bereft of star talent, who reached the Finals first, cruising past a Sparks franchise that leads the league in all-time postseason victories.

Derek Fisher, who just concluded his rookie season as the Sparks' coach, saw a group that was "extremely connected," but also one strengthened by prior failures.

"They've been bounced in the first round each of the last two years," Fisher said of the Sun, "and so there was a hunger and a determination and a passion to get beyond that."

The Sparks got back into Game 3 early with 10 unanswered points, but the Sun responded with a 15-2 run and only separated themselves thereafter. By halftime, the Sun were up eight. By the end of the third quarter, the lead had ballooned to 19. With a little less than five minutes remaining in the game, it had grown to 25.

For the series, the Sun outscored the Sparks by a combined 51 points in the second half. Through 12 quarters, Jasmine Thomas played a major role in holding Chelsea Gray, one of the league's best guards, to a combined 21 points on 10-of-33 shooting.

"I was waiting for somebody to say something about that," Williams said when asked to comment on Thomas' defense. "She been going crazy. Chelsea Gray, like, is amazing. She's one of the best passers in the league, one of the best scorers in the league, and the job that [Thomas] did on Chelsea Gray, in these three games, has been tremendous. We definitely would not be in this position if she didn't have that chip on her shoulder."

Thomas and Williams have started a combined 190 games for the Sun over the past three years, serving as the perfect encapsulation of Miller's vision. Miller coached at the collegiate level from 1991 to 2014, making stops at Cleveland State, Syracuse, Colorado State, Bowling Green and Indiana. He arrived in the WNBA as an assistant for a 2015 Sparks team that employed four players over the age of 30.

When he arrived in Connecticut, Miller decided he needed to win with youth and continuity.

"We didn't know if it would work," he said. "But I didn't want to try to hit a home run with a trade or a free agent every year, and the roster was ever-evolving."

Miller has coached only two players 30 or older in his four years at Connecticut, and none since 2016. His next 30-year-old will soon be Jasmine Thomas, who will turn 30 on Sept. 30, the day after Game 1 of the WNBA Finals.

"They've grown together," Miller said. "And while they're young on paper in age, we are not young anymore in playing together. And that chemistry, and that family, and that locker room, is just really, really tight." 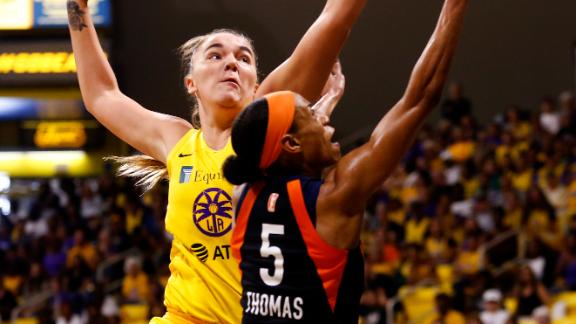 Sun sweep Sparks, advance to WNBA Finals
Jasmine Thomas leads the Sun with 29 points as they sweep the Sparks 3-0 to advance to the WNBA Finals. 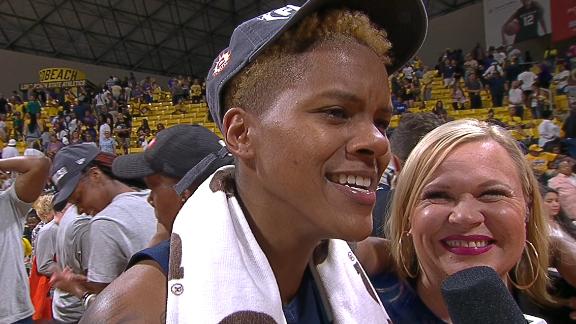 Williams and Thomas hyped after Sun sweep Sparks
Jasmine Thomas and Courtney Williams share their excitement after they lead the Sun to a rout of the Sparks 78-56 and move on to the WNBA Finals.
Report a correction or typo
Related topics:
sportsespnwnbalos angeles sparksespnw sportsconnecticut sunespnw
Copyright © 2020 ESPN Internet Ventures. All rights reserved.
More Videos
From CNN Newsource affiliates
TOP STORIES