ESPN
By Brett Okamoto
Conor McGregor is back on the UFC 200 card -- according to the fighter's social media feed -- but the UFC disagrees.

McGregor, 27, tweeted early Monday morning that he is back on UFC 200 on July 9 in Las Vegas.

UFC officials did not immediately respond to requests for comment but later issued a statement that said simply, "The tweet is not accurate."

UFC president Dana White told TMZ Sports on Monday, "We haven't talked to Conor or his manager since the press conference. I don't know why he would tweet that."

The UFC pulled McGregor (19-3) from its landmark event last week after he refused to fly to Las Vegas to participate in promotional duties. At a UFC 200 news conference Friday in Las Vegas, White repeatedly said that McGregor would not appear on the card.

White offered to keep McGregor's scheduled opponent, Nate Diaz (19-10), on the event against a different opponent, but Diaz said he was interested in fighting only McGregor.

And judging by his tweet on Monday, Diaz intends to stick to his pledge to take a vacation rather than face an opponent other than McGregor.

On Saturday, shortly after former light heavyweight champion Jon Jones (22-1) defeated Ovince Saint Preux at UFC 197 for the interim light heavyweight title, White told ESPN.com that it was "possible" Jones could headline UFC 200 against Daniel Cormier. Jones said he felt he would be physically ready to compete by July 9 and wanted to headline the event. Cormier, who has been sidelined with a leg injury, is scheduled for an MRI on Monday.

"We try to give as much leeway as we can on things, but you have to show up and promote the fight," White said during Friday's news conference. "Is it too much to ask to try to shoot a commercial for the fight? A lot of these guys came here from different parts of the world [to promote]. But you know, these guys all came. They have better things to do, and they're here. It's part of the job.

"We gave Conor every opportunity in the world to get here, too. We get criticized a lot for bending too much for Conor, and we do. Conor is a guy who has stepped up and fought big fights on short notice, and I respect Conor very much as a fighter and I like him, but you have to show up and do this stuff."

McGregor, from Dublin, said in a social media post last week that he was willing to travel to a UFC news conference to promote the event Wednesday in New York.

In his discussions on the matter, White said he wasn't upset with the star fighter but asked how it would be fair to keep McGregor on the card after he skipped the commercial shoot in Las Vegas.

McGregor won the featherweight championship by knockingJose Aldoout in 13 seconds at UFC 194 in December. The finish set the mark for the fastest knockout in UFC title fight history. He was supposed to challenge Rafael dos Anjos for the lightweight title at UFC 196, but dos Anjos withdrew with a foot injury. Diaz stepped in on 11 days' notice and handed McGregor the first defeat of his UFC career via second-round submission. 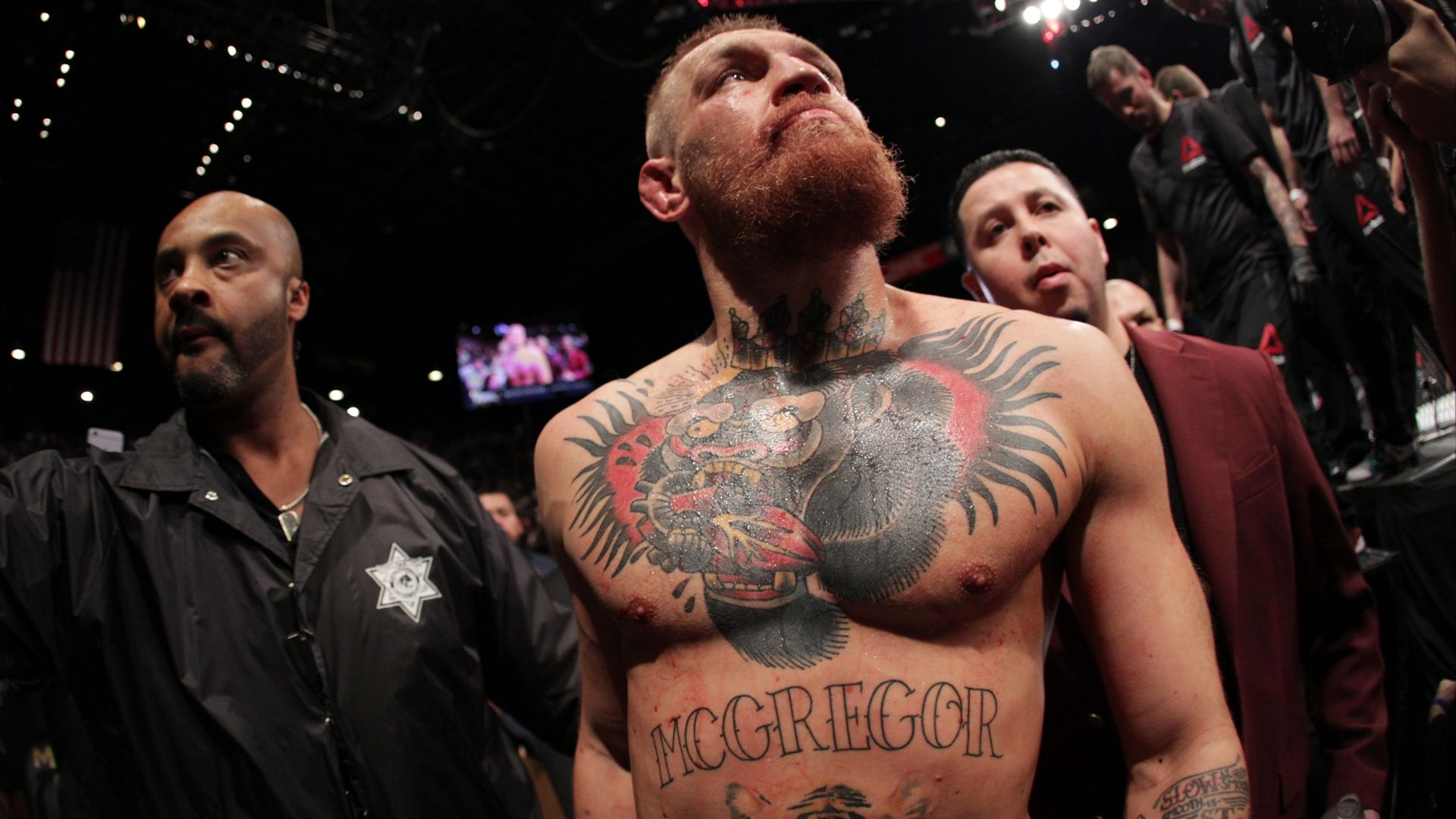