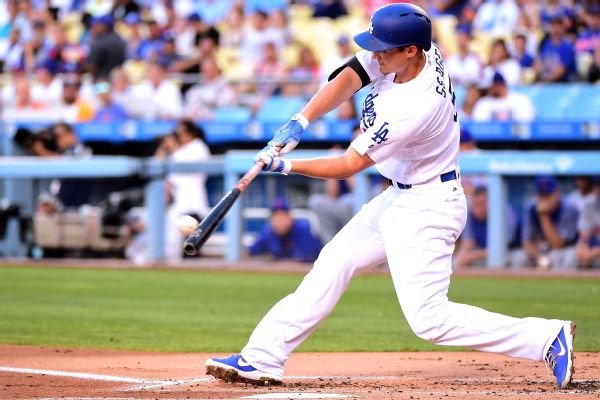 Rookie Cody Bellinger stayed on a power tear with a two-run shot in the first inning of a 12-0 win over the New York Mets. And teammate Corey Seager matched his career high with three home runs, as the Dodgers upped their HR total to nine in the two games against the Mets.

Bellinger, who hit two home runs on Monday night against the Mets, leads the National League with 22 home runs. Along with American League HR leader Aaron Judge of the New York Yankees, this marks the latest into a season, by date, that both leagues have had a rookie as their outright leader in home runs.

Seager, meanwhile, hit a trio of homers in a game for the second time in his career. He also doubled to match his career high with four hits, giving him six RBIs on the night.

He flied out with the bases loaded in the sixth inning in a bid for four home runs.

Tuesday was the fifth multihomer game of his career. The 2016 NL Rookie of the Year has 12 home runs on the season.

The hitting even caught on with Seager's older brother Kyle, who hit a game-ending double in the 10th inning for the Seattle Mariners in a 5-4 win over the Detroit Tigers later Tuesday night.

"That's a tough day to match," Kyle Seager said of Corey's three home runs. "I think I'm going to give him the edge today."

Overall, the Dodgers have 27 home runs in their past 10 games.