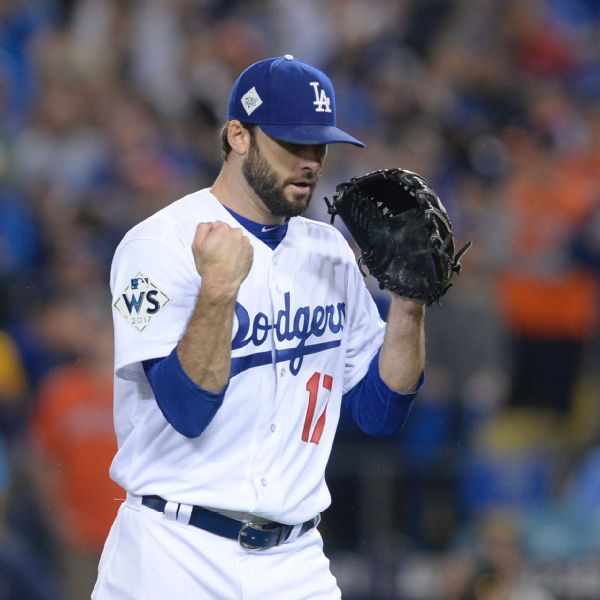 ORLANDO, Fla. -- After an impressive performance against them in the National League Championship Series, the Chicago Cubs have agreed to a two-year deal with free-agent right-hander Brandon Morrow, according to sources familiar with the situation.

The club has not confirmed the signing. The deal is worth $21 million and includes a $12 million vesting option for 2020, a source confirmed to ESPN's Buster Olney. The value of the deal was first reported by The Athletic.

Morrow, 33, pitched for the Los Angeles Dodgers last season, compiling a 2.06 ERA with 2 saves in 45 games. With last year's closer for the Cubs, Wade Davis, becoming a free agent, Morrow could end up finishing games for Chicago after his numbers were spectacular in 2016. His 5.56 strikeout-to-walk ratio was easily the best of his career, as he helped shut down his new team in the postseason, pitching 4 2/3 innings against them while allowing just one hit and striking out seven.

The Cubs' bullpen had issues in the playoffs, producing a 4.52 ERA and 53 walks in just 10 games.