Dabo Swinney: No question ACC should get CFP spot 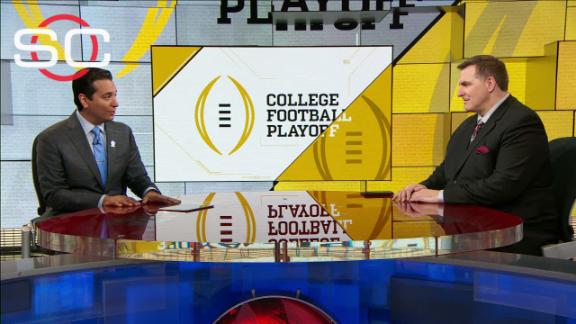 CHARLOTTE -- Clemsoncoach Dabo Swinney said Friday he doesn't think there's "any question" the ACC should be represented in the top four of the final College Football Playoff rankings.

"I mean, we've got three top-10 teams in this league. You know, the third-best team in this league just beat the SEC East champion," Swinney said. "We've got a pretty good league and getting better. And getting better quickly with some of the coaches that are coming into this league. I don't think there's any question that the ACC should be wherever, in one of them games. But what do I know? I just hope we're the one there."

The ACC has taken center stage this week in the playoff discussion for one key reason: What happens if No. 10 North Carolinaupsets No. 1 Clemson in the conference championship game Saturday night (ABC, 8 ET)? Would the Tar Heels (11-1) deserve a spot in the playoff with a win? Would a one-loss Clemson team still be worthy?

"I don't think about losing, so you're asking the wrong guy that question," Swinney said. "Other people, I just think about winning. That's all I'm focused on is us trying to win the game."

No. 9 Florida State (10-2), the ACC team that beat Florida last weekend, joins Clemson and North Carolina in the top 10 but has no real playoff hope. The Tar Heels do, even though they are ranked behind three two-loss teams, including No. 7 Stanford -- set to play in the Pac-12 championship game against USC on Saturday (7:45 ET, ESPN).

North Carolina would need significant help to make the playoff, not to mention a victory over the favored (and unbeaten) Tigers. Clemson won the teams' meeting last year 50-35.

North Carolina coach Larry Fedora was asked the same question Swinney got: Does he think his team would be deserving of a spot with a win?

"I most definitely do," Fedora said. "I definitely do. I think if we beat the No. 1 team in the nation, then I believe this team deserves to be in the College Football Playoff."