'Day-to-day' LeBron and the challenges of disclosing NBA injuries 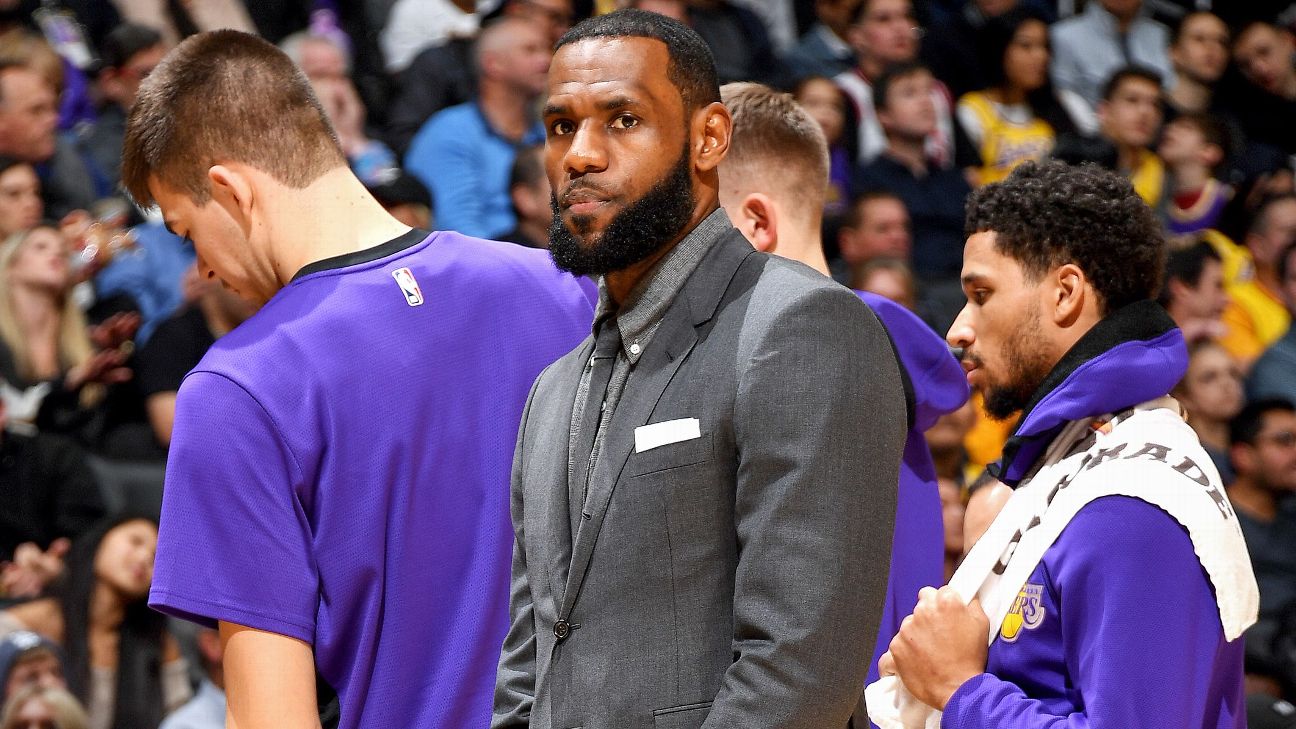 THE DAY AFTER Christmas, the Los Angeles Lakers announced LeBron James would be "day-to-day" with a strained groin.

After James missed weeks, his agent went on the record with reporters and told them it was actually diagnosed as a 3-to-6-week injury after the MRI on Dec. 26.

Last year during the NBA Finals, James punched a whiteboard in frustration after a Game 1 loss. He had multiple MRIs and said he "pretty much played the last three games with a broken hand." His production, which had been prolific throughout the playoffs, tailed off over the next three games, especially his shooting percentage. He personally announced the injury at the postgame media conference when the series was over.

These two injury situations with the league's highest-profile player have highlighted an issue that is bubbling just below the surface as the NBA strikes gambling-related deals and ramps up its association with the sports betting industry after decades of combating it.

Gamblers want more transparency when it comes to injuries. Players, like anyone else, have privacy rights. Teams don't want to allow a competitive disadvantage -- and want to limit possible damage to business -- and frequently obfuscate. In short, it's a challenge.

Determining injury recovery time is an inexact science, even for the best doctors. Every ankle is different, every injury is different. The Lakers, for example, just had to deal with the blow of Lonzo Ball suffering a Grade 3 ankle sprain and projected he'd be out four to six weeks. Last season, the Detroit Pistons lost Reggie Jackson to a Grade 3 ankle sprain and he missed 12 weeks (they'd projected eight weeks at the time of injury).

In James' case, he'd never had this type of injury before. On the day of his MRI, he tweeted he'd dodged a bullet and "#BackInNoTime." He didn't expect this to be the longest injury absence of his career.

But the MRI did show a tear and he was told it would be weeks and maybe a month or longer, details that were kept private. Small tear, out for a month doesn't sound like "back in no time." Then again, compared to a possible complete tear and the season in jeopardy, it is dodging a bullet.

In the case of the NBA Finals last year, James' injury was never disclosed by the team. Though he was using a soft cast to stabilize his hand between games, James hid it when in public. With the stakes of the Finals, this is probably what you'd do too.

The issue is people did know. Teammates (and perhaps some of their friends and family), people who worked at the centers where James got the MRIs, and maybe someone who saw him in the cast. That's old-fashioned inside information. That's what drives gamblers' frustration, and now, unlike all the years before when the NBA didn't have to care, it matters.

From June through mid-January, there was more than $1.2 billion wagered on sports just in New Jersey. This is big business already, and it's really going to be massive when it becomes widespread. The NBA, and other sports leagues scrambling to get in on the river of money, is trying to force sportsbooks to buy official league data for integrity purposes. But what about integrity of injury reporting?

Of course, there's the ticket-buying public, which would like to have clarity on how long stars might be out when making decisions on short- or medium-term purchases. Though that's a riddle as old as time.

The current rules require teams to announce whether a player is probable, questionable or doubtful by 5 p.m. the day before a game. The NFL has a slightly more stringent policy requiring daily updates during the week on players' participation in practice. Then again, the New England Patriots had Tom Brady on their injury report for years on end, making it hard to know when Brady actually was hurt. There's nothing in the rules to stop the Lakers, or any team, from listing a star as questionable with some malady for every game.

The NBA is looking at ways to deal with a rising demand for player availability information but has given no hint at what changes could be coming if any come at all. One suggestion from this corner: Disclose when a player has imaging of any sort. If he had an X-ray, an MRI or an ultrasound, it should be announced. Even if the results are kept vague or private, it's a disclosure that would help with transparency.

This is probably going to keep arising as a topic, especially in the postseason when injury information is more closely guarded and attention is greater. It might end up being yet another way James changes the NBA.

ON OPENING NIGHT, if you were told the Houston Rockets would be starting Austin Rivers at point guard and bringing Kenneth Faried off the bench in a game in mid-January, it would've been hard to believe. It's all part of Moreyball, which doesn't mean what it used to.

Rockets GM Daryl Morey is credited with mainstreaming analytics in the NBA. While that is most certainly true, his legacy is much deeper than just pinning him as the first analytics-driven GM. He has pioneered contract maneuvers (see the Jeremy Lin poison pill contract) and style-of-play changes (the Rockets' offense of all 3-pointers and layups).

He also has mastered the art of roster arbitrage, buying and selling in volume to try to gain incremental value. This season, there already have been 20 different players used by the Rockets in games. There's going to be more, probably many more. All this and Morey has made only two in-season trades, and in both he didn't even get a player in return, as he has dumped Michael Carter-Williams and now Carmelo Anthony on the Chicago Bulls.

His constant searching for talent has helped keep the Rockets afloat this season. And it's a reminder that there are many ways for a GM to massage a team in the middle of a season than just through trade.

WILT CHAMBERLAIN HAS been in the news quite a bit recently as James Harden racks up scoring numbers not seen since the Stilt's prime years. But there's another player coming up against a Chamberlain mark that isn't getting as much attention.

Nikola Jokic is averaging 7.7 assists this season, the most for a center since Chamberlain, who averaged 7.8 assists in 1966-67 and 8.6 in 1967-68. No matter how he finishes, Jokic is in the midst of a historic passing season for a big man. Here's why: He leads the entire league with an average of 72.5 passes per game, according to Second Spectrum.

Nuggets coach Mike Malone has designed an offense that has taken advantage of his skills, and it's a unique one in the NBA. 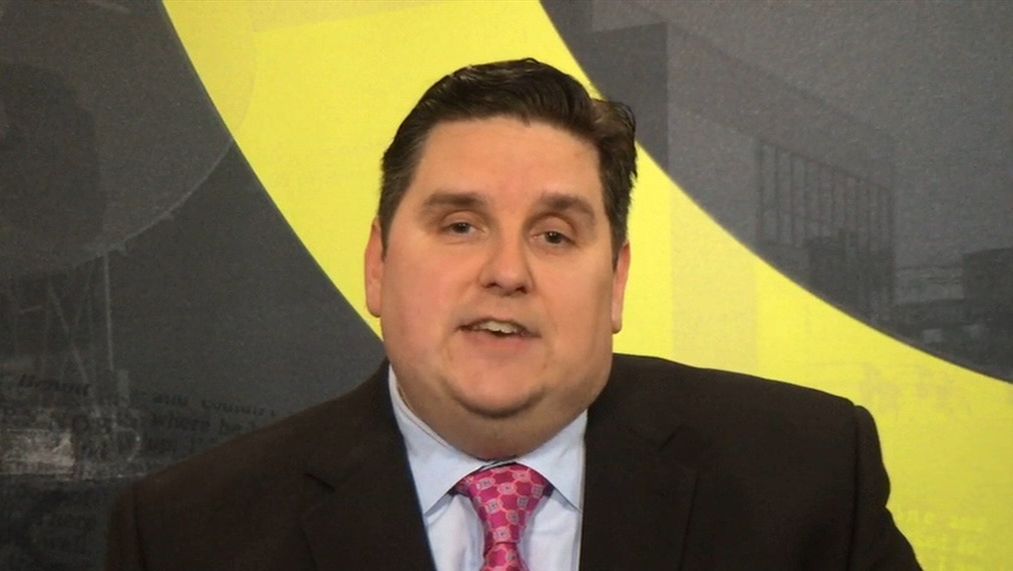 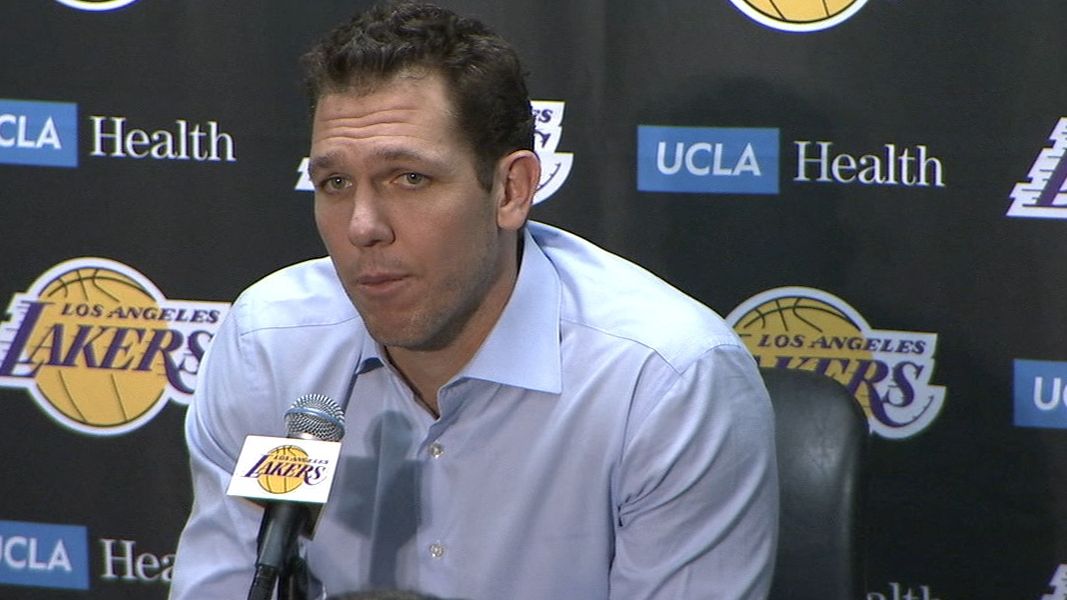