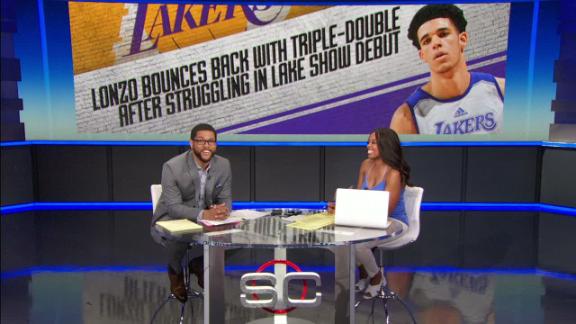 LAS VEGAS -- Sacramento's De'Aaron Fox says he did not feel the Lakers' Lonzo Ball was avoiding playing against him on Monday night in what would have been a rematch between the two rookie point guards.

"He's a competitor," Fox said of Ball after the Lakers held off the Kingsto win 95-92. "If he's hurt, like people say, it's summer league, don't risk it. When I tweaked my ankle [in the third quarter], Coach took me out and said the same thing.

"No one is ducking anybody at the end of the day."

A third meeting between Ball and Fox was supposed to be the highlight of Monday's session at the Las Vegas Summer League. Instead, Ball was held out due to a groin injury and Fox ended up sitting out much of the second half after injuring his right ankle.

Fox, who departed the game with 5:05 remaining in the third quarter and did not return, said the injury wasn't serious.

He also insisted that a tweet he sent out with the "facepalm" emoji after the Ball injury news came out during the day was a lighthearted effort to stir up things with the media and was not a dig at Ball.

ESPN's Ramona Shelburne reported that Ball's injury isn't considered serious and that the Lakers are playing it safe with Ball, who was selected No. 2 overall in this year's draft.

Ball has had the injury since last week, the source said. News of the injury Monday, first reported by USA Today Sports, spoiled what had been a highly anticipated rematch between Ball and Fox, the fifth overall pick by the Kings.

Fox outplayed Ball in the NCAA tournament when Kentucky defeated UCLA 86-75 to reach the Elite Eight. Fox scored 39 points, shooting an efficient 13-for-20, while Ball was held to 10 points, eight assists and four turnovers.

In their first meeting in December at Kentucky, Ball had 14 points, seven assists and six rebounds in a 97-92 win over the Wildcats. Fox had 20 points and nine assists in the loss.

Many have and will often compare the two point guards as their careers move on.

"Yeah, just because we play each other twice and he beat me at home and we beat him in the Sweet 16, so people have kind of intertwined our careers," Fox said. "We can say whatever we want and no one is going to let it go."

Fox, who averaged 17.5 points, four assists and four steals in his first two games with the Kings in Las Vegas, finished with 12 points in 20 minutes against the Lakers. Buddy Hield sank 6 of 9 3-pointers and scored 22 points, while Frank Mason had 24 points for the Kings.

Ball was looking to continue his momentum from Saturday, when he compiled his first triple-double (11 points, 11 rebounds, 11 assists) with the Lakers in an 86-81 loss to Boston.

That was a complete turnaround from his Lakers summer league debut the night before, when Ball shot 2-for-15, including 1-for-11 from 3-point range, in an overtime loss to the Clippers.

The Lakers, though, have been cautious with their prospects. Ball and last year's second overall pick, Brandon Ingram, both were held out of action Monday. After he suffered a cramp toward the end of the Lakers' first game Friday, the team opted to shut down Ingram for the remainder of summer league play for precautionary reasons. Rookies Kyle Kuzma (cramps) and Josh Hart (sprained right ankle) also did not play against Sacramento.

The Lakers, who are off Tuesday, will likely re-evaluate Ball on Wednesday and determine his availability for the remainder of summer league. They could opt to play it safe with their point guard.

Fox didn't seem too upset about missing out on another opportunity to face Ball, knowing there will be plenty of meetings ahead this season.

"He didn't play, they beat us anyway," Fox said. "What would have happened if he would have played? If he had to sit out, he sat out. I mean, I sat out the second half."

"We are still going to play each other," Fox added. "We are both in the NBA for a reason." 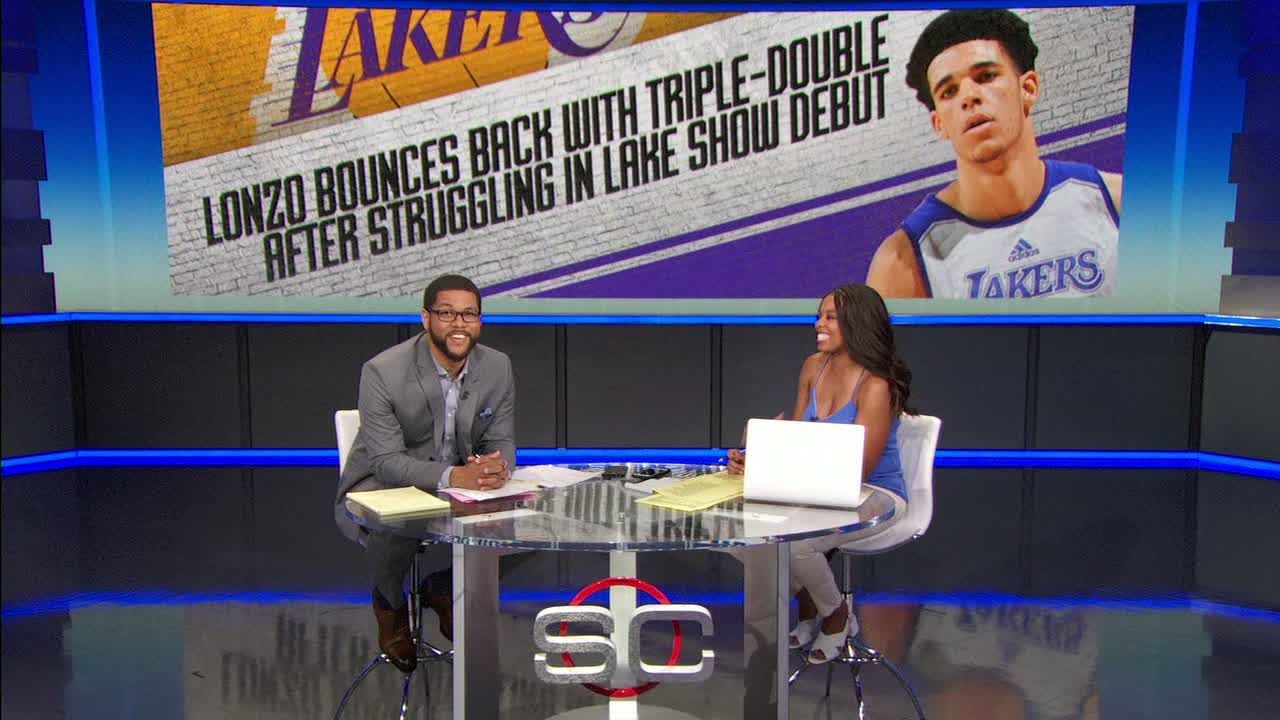 Is Lonzo too hurt to play or sitting to save face?
Jemele and Michael question whether Lonzo Ball's groin injury is keeping him from playing in the Lakers' third summer league game or if he is being protected from having to face De'Aaron Fox again.