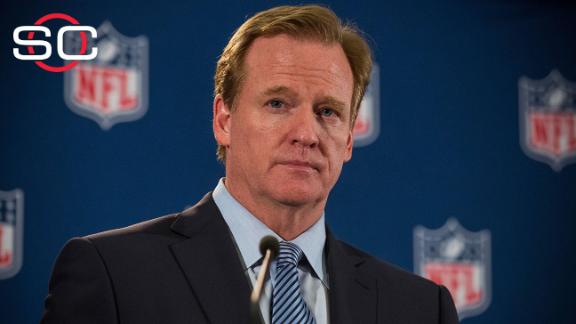 LOS ANGELES -- Oakland Raiders coach Jack Del Rio is not a fan of the discipline handed down against the New England Patriots and quarterback Tom Brady in the Deflategate scandal, likening it to the heavy sanctions received by his alma mater, Southern California, in the NCAA's Reggie Bush investigation.

"I think there are some similarities in terms of an overreaction, from my standpoint,'' Del Rio said Saturday, prior to the former All-America linebacker's induction into the USC Athletics Hall of Fame. "I think it was a little bit overdone, but that's somebody else's problem right now.''

Del Rio said the NFL would have been better served by warning quarterbacks that tampering with the ball would not be tolerated going forward, noting that prolific passing offenses have helped drive the game's unprecedented popularity.

"Everybody understands that quarterbacks all want to get the balls how they like them, and why not?'' Del Rio said. "They throw these balls around, and one of the reasons the sport is so popular is the ability of guys like Peyton [Manning] and Brady to throw the ball the way they do.''

Seattle Seahawks coach Pete Carroll, a fellow USC Hall of Fame inductee this weekend for his role in directing the Trojans to two national championships and seven consecutive BCS bowls and Pac-10 titles during the 2000s, supported the league's decision to investigate whether balls were properly inflated in the AFC Championship Game.

"Nobody wants to play this game thinking that somebody has some kind of advantage, players and fans alike, and so they did the right thing in following up on it,'' Carroll said.

However, Carroll took the opportunity to again blast the NCAA for its handling of the Bush case. He expressed support for former USC running backs coach Todd McNair and his defamation suit against the NCAA, which led to the release of hundreds of documents related to the investigation of extra benefits for Bush and his family.

"It breaks my heart that is what happened to the university and for the kids playing here and for the fans that follow it, because it wasn't dealt with properly and it wasn't done rightly,'' Carroll said.

USC was handed a two-year bowl ban and significant scholarship reductions shortly after Carroll left for the Seahawks.