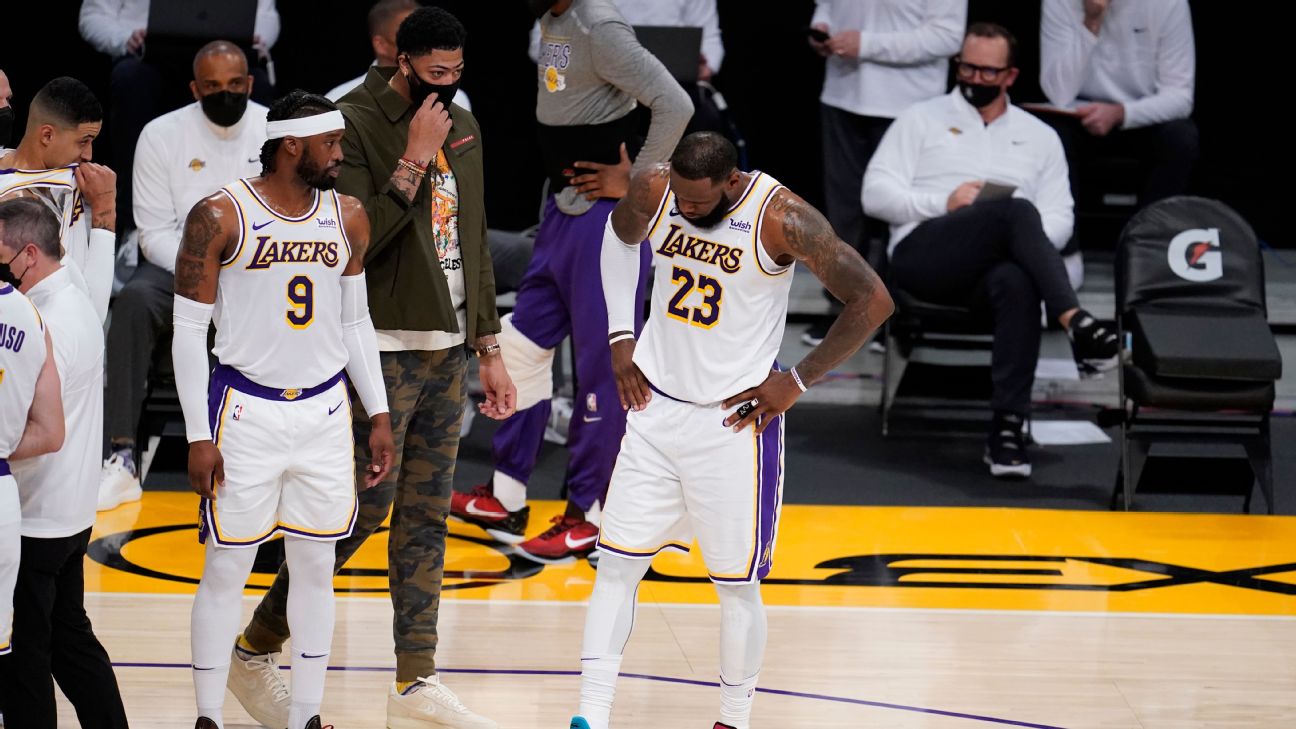 LeBron James, donning a gray, plastic walking boot, a black hooded sweatshirt and a black mask, and Anthony Davis, in a lime green jacket and a bright yellow mask, were hard to miss on the sidelines during the Los Angeles Lakers' 111-94 lossat the Phoenix Suns on Sunday.

But Lakers point guard Dennis Schroder said that as long as L.A. is missing its two stars in uniform, the Lakers have to completely overhaul their approach.


"I think how we played before with them two on the court, it's totally opposite now, I think," Schroder said after the Lakers trailed by as many as 18 points and never led against the Suns. "I think we got to move the ball, we got to play with more pace. On the defensive end, we got to be more scrappy. And, yeah, I mean everybody who is coming on the floor has got to be confident to knock down the shot or to impact the game on the defensive end."

When asked who would be called upon for leadership during James' indefinite absence from a high right ankle sprain and while Davis is sidelined for a minimum of one more week with a calf strain and tendinosis in his right leg, Lakers coach Frank Vogel mentioned Schroder.

"Obviously, Dennis Schroder is gonna be the head of the snake with the ball in his hands the most, dictating some of the action," Vogel said after the 27-year-old, acquired in a trade with theOklahoma City Thunderduring the offseason, had 22 points and three assists on Sunday. "But we've got a lot of veteran guys on this team that can lead, and we encourage our guys to lead from every chair in the room."

Including from James' seat, which was adjacent to the bench at Phoenix Suns Arena.

"It tells me that he cares about this organization," Schroder said of James joining the team flight just hours after undergoing an MRI and X-rays on his ankle. "In my career, I've seen people getting hurt and don't come on the road trip; and for him, being the best -- one of the best who ever played this game -- that you see him on the bench being there even if he's hurt, means a lot to me and all the other [players on this team] too."

Schroder could be taking the reins on the court for quite some time. Vogel allowed that high ankle sprains typically take "a while to heal ... They are slow recoveries."


With the NBA's compacted schedule because of COVID-19, even if James had a comparatively speedy rehabilitation process and missed three to four weeks, it would mean an additional 13 to 16 games without him for a squad that dropped to 0-2 when he doesn't play.

L.A. is trying to find the silver lining in the meantime. Vogel said he was "optimistic" based on how the Lakers competed against the Suns, the No. 2 team in the Western Conference. Schroder went as far as to say playing without the co-captains is "great for everyone else," because they can "prove to teammates and the organization that they can play."

And Vogel pointed out that some time off for a 36-year-old guy playing in his 18th season that started just 71 days after his 17th season ended might not be a bad thing for James.

"We're encouraging him to take a mental break and recharge a little bit mentally, so that when he comes back we're into a stretch where we can make a playoff push and make some noise, obviously, going into the playoffs," Vogel said of James.

The thought of a mentally and physically fresh James rejoining the team can be a comfort for L.A. -- after all, he led it to the championship after a 4-month hiatus last season -- but there is still an immediate challenge the Lakers will face in the interim.

"We're looking to play as hard as we can, play the right way and [we're] still going to come out with wins," Lakers big manMontrezl Harrell said. "Just got to hold it down while these guys recover and come back." 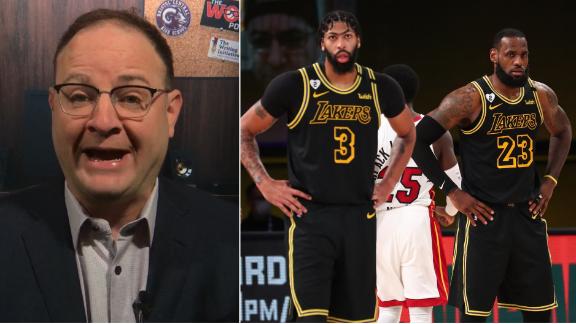