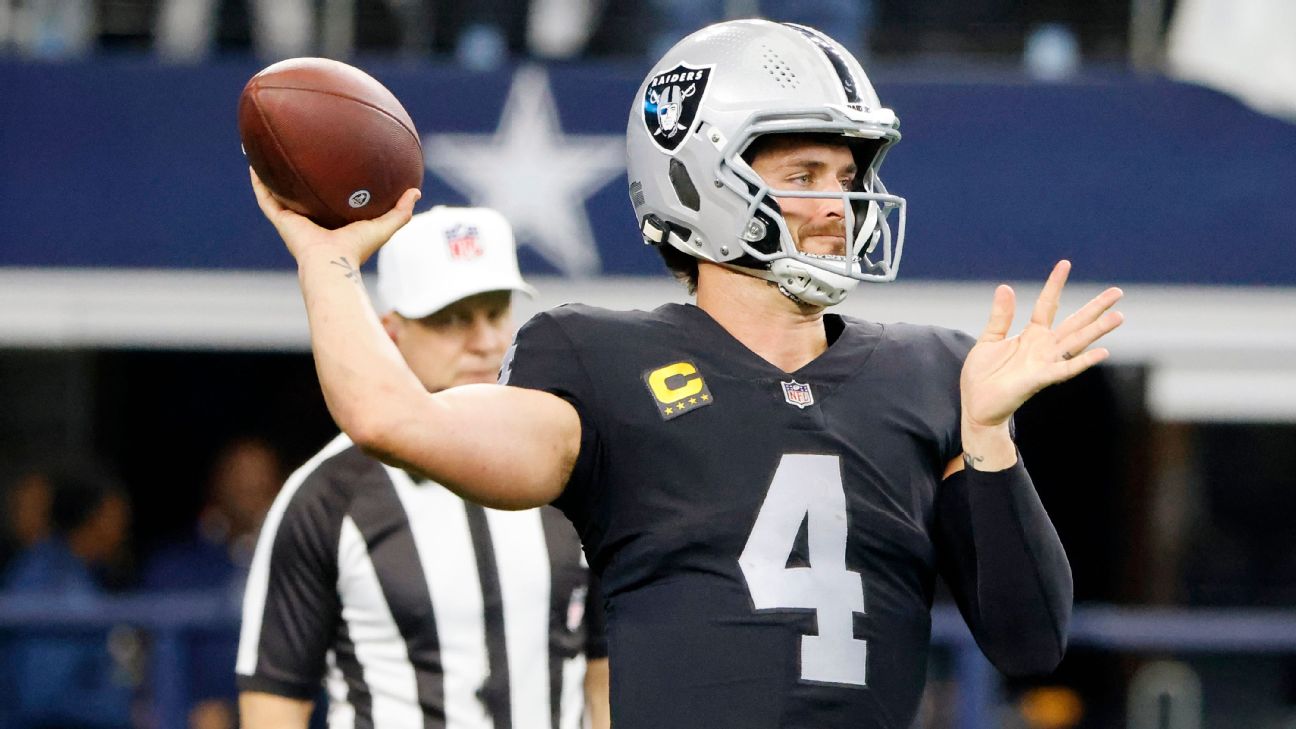 The Raiders did not disclose terms of the deal, but a source confirmed to ESPN's Jeremy Fowler that Carr agreed to a three-year, $121.5 million extension that includes a no-trade clause and runs through the 2025 season.


Carr also mentioned Wednesday that he will be with the Raiders for "four more" years and said he would have understood had the new regime of general manager Dave Ziegler and coach Josh McDaniels wanted "somebody new" at quarterback.

"But the fact that they keep believing in me and watching the tape and saying, 'Wow, we want you to be here for some more years or some more time,' that means more to me, way more to me than any of the other stuff it has to do with," Carr said. "It was very clear to me how they felt about me from day one."

Carr, 31, is scheduled to make $19.87 million in base salary in 2022. He signed a five-year, $125 million extension in 2017 that was, at the time, the richest contract in NFL history. His new money average per year of $40.5 million (for the extension only) ranks fifth among NFL quarterbacks.

"Derek Carr has been the leader of this franchise for a long time and we are thrilled to continue that relationship moving forward," McDaniels said in a statement released by the team. "He has been a great example of someone who always puts the team first and we appreciate his desire to keep doing that while leading on and off the field. It is clear how much Derek cares about this organization, his teammates and winning. I look forward to the opportunity to work with him this season and beyond."

Carr reiterated Wednesday that he only wanted to be a Raider and was "crazy enough" and willing to play out the final year of his deal in 2022.


"I told my agent, 'I'm either going to be a Raider, or I'm going to be playing golf. I don't want to play anywhere else,'" he said. "That's how much this place means to me.

"I hope people can hear my heart on that -- that I was dead serious when I [said] that. I had one year left on my contract; if it was one year, it was going to be one year. Thankfully it will be four more. Hopefully we can build on that, I can finish and just do what I set out to do nine years ago, and that was to win a championship."

Carr is coming off a season with a career-best 4,804 passing yards and had 23 touchdowns, a career-worst 14 interceptions and 40 sacks, the second-highest total of his eight-year career. The Raiders went 10-7 and played in the postseason for the second time since 2002 despite a turbulent season marked by the resignation of coach Jon Gruden, the arrest of receiver Henry Ruggs III and the release of cornerback Damon Arnette.

Las Vegas lost in the wild-card round at the eventual AFC champion Cincinnati Bengals 26-19 as Carr threw a fourth-and-goal interception in front of the goal line with 12 seconds remaining.


It has been a busy offseason for the Raiders as Carr will reunite with former college teammate Davante Adams, acquired in a March trade with the Green Bay Packers that saw Las Vegas send its first- and second-round picks in this year's draft to Green Bay and sign the star receiver to a five-year, $141.25 million deal.

Carr said his extension was structured to allow for the signings of Adams, Jones and "hopefully Hunter [Renfrow] and Foster [Moreau] and those guys can stay here." He later mentioned Darren Waller, as well.

"I went through a heartbreak the last time I signed my contract -- my best friend left [Khalil Mack]," he said. "And I didn't want that to ever happen again."

Carr is the longest-tenured quarterback in the AFC West, which also features 2018 NFL MVP Patrick Mahomes with the Kansas City Chiefs, third-year rising star Justin Herbert with the Los Angeles Chargers and Super Bowl XLVIII champ Russell Wilson with the Denver Broncos after they picked him up in a trade with the Seattle Seahawks. 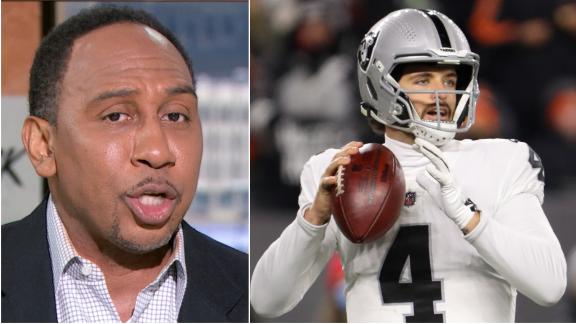