Derek Fisher fired by Knicks in his second season 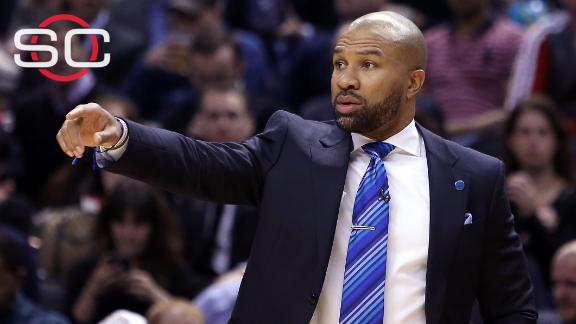 The New York Knicks fired coach Derek Fisher on Monday after the team lost its fifth straight game and nine of its past 10.

The Knicks are 23-31 this season after going 17-65 in Fisher's first season in 2014-15. New York's current losing skid contributed to the timing of the move, but the team was already convinced Fisher was not transitioning from the role of player to coach effectively, sources told ESPN's Brian Windhorst.

Fisher was hired by team president Phil Jackson to rectify the struggling New York franchise. Fisher and Jackson have a history together dating back to when Jackson coached the Lakers, and Fisher was a point guard on the team that won five championships.

"I know it's a relief for him, taking away some of that stress from the job," Jakcson said. "It's also a person I have a long relationship with and care deeply about and hope for his success. It's time for us to make a change, turn this team around and move forward and get some wins and keep going down the road we started here at the beginning of the year."

Fisher, who had no previous head-coaching experience, took over for Mike Woodson, who went 109-79 in parts of three seasons in New York but won only one playoff series. The Knicks currently sit 12th in the Eastern Conference.

"This is a very talented team with strong character and I am confident they will succeed," Fisher said in a statement. "Obviously, I'm disappointed, but have learned an immense amount from this experience and hope to grow from it."

Jackson said that he and general manager Steve Mills made the final decision on firing Fisher. As is common when a major personnel decision is made, Jackson consulted Dolan, who signed off on Jackson's decision. Fisher was guaranteed $17 million on his four-year deal. He is owed the balance of this year plus $8.5 million over the next two years, a source told Windhorst.

Jackson said Fisher was prepared, and he instilled some mental toughness into the team.

"Some of the onus is on the players," Jackson said. "It's a lot easier to fire a coach than 15 players. Unfortunately, it's not always the coach."

Jackson took some blame for Fisher's performance. He told Fisher recently that he could have done a better job mentoring him.

"I may not have communicated enough in that area," the Knicks president said.

Jackson did say that adding veteran assistant coaches to Fisher's staff helped; however, he didn't think everyone was on the same page.

"There wasn't really a consensus in our staff," he said.

One of those veteran assistants, Kurt Rambis, will serve as interim coach. Rambis played on four Lakers title teams and was a coach or executive for four others. He has a 56-145 mark as coach of the Timberwolves from 2009 to 2011 and 37 games with the Lakers in 1998-99. It appears Jackson will give him a chance to turn things around, saying that right now the team is "not looking for anyone else."

"I have big confidence in his ability to coach this team," Jackson said.

Rambis said that he has had a meeting with players to discuss "where I stand and what's expected of them."

"We've got to figure out a way to right this ship so we can make a push for the playoffs," he said.

Rambis also said that he'd be retaining Fisher's assistants and may look to add another.

Two other former players under Jackson, Brian Shaw and Luke Walton, are candidates for the full-time coaching job, sources told ESPN. Shaw coached parts of two seasons in Denver, while Walton led the defending champion Golden State Warriors to a 39-4 start this season, filling in for injured coach Steve Kerr. Walton is determined to see out the rest of this season at Kerr's side before considering head coaching offers in the offseason, league coaching sources told ESPN.com's Marc Stein.

Walton is widely expected to be pursued by a number of teams in the summer. He counts Jackson as one of his biggest mentors in the game and still has close ties to the Lakers, who, sources say, have given Byron Scott no assurances about keeping his job beyond this season. Walton also played collegiately at the University of Arizona and is believed to interest the Phoenix Suns as well, after the Suns' dismissal last week of Jeff Hornacek.

Jackson said that he'd be looking for a coach who shares his philosophy, which likely means finding a coach willing to run the triangle offense.

"It's not paramount, but it's important," Jackson said. "Someone has to match the style of the way we do things, and there's a certain style that I have that I think works and I've found worked before."

Another of Jackson's former players, Dennis Rodman, took to Twitter to say he also was available, although it wasn't immediately known whether it was a joke or he was seriously interested in the job:

The Knicks, who haven't won the title since 1972-73, upgraded their roster during the summer with the drafting of Kristaps Porzingis and the signing of veterans Arron Afflalo and Robin Lopez. They had the look of a playoff team most of the season but are stumbling into the All-Star break, and fans loudly booed when they fell behind by 19 points Sunday during a 101-96 loss to the Denver Nuggets.

Fisher accepted some of the blame for the team's recent slow starts after Sunday's game, though All-Star forward Carmelo Anthony said that was the responsibility of the players.

In addition to the Knicks' struggles this season, Fisher had been involved in a well-documented feud with Grizzlies forward Matt Barnes. Barnes had said that Fisher was involved with his ex-wife, and Barnes and Fisher were involved in a physical altercation at the woman's house last year. Barnes was suspended two games by the league for the incident.

Jackson said Monday that the situation was embarrassing to the Knicks and Fisher but "that had nothing to do with what happened here today."

Where do the Knicks go from here?
Ian Begley breaks down the Knicks' decision to fire coach Derek Fisher and if the incident Fisher had with Matt Barnes played a role. 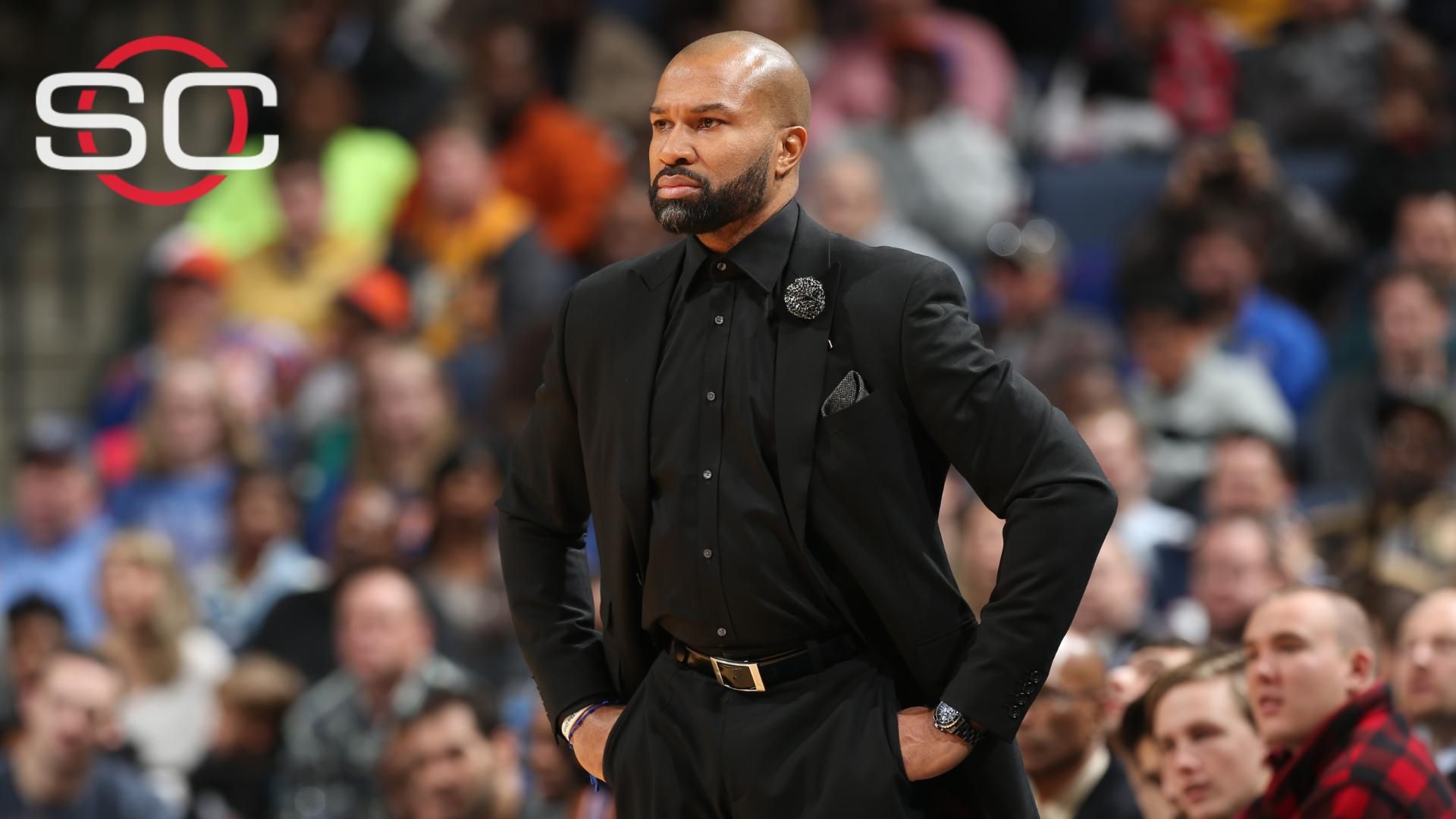