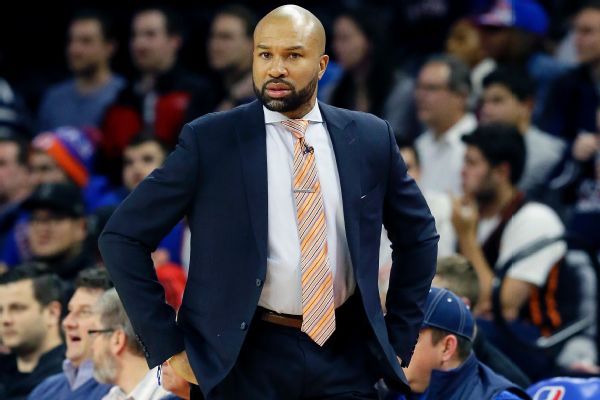 Derek Fisher said he is happy to still be alive on Monday, one day after being arrested on suspicion of drunk driving after flipping his vehicle.

"The most important part is that we're here and that no one else was injured," Fisher told TMZ on Monday. "So from here, just focusing on the positives of being here."

Fisher and girlfriend Gloria Govan were traveling on U.S. Route 101 in the Sherman Oaks area of Los Angeles when his 2015 Cadillac veered onto the right shoulder while approaching an interchange. The car hit the shoulder's concrete curb and guardrail, overturned and came to a rest on its roof, blocking two lanes of the highway, the California Highway Patrol said.

Officers discovered that Fisher had been drinking and arrested him on suspicion of driving under the influence of alcohol after a DUI test, authorities said.

After his playing career ended, Fisher was hired in June 2014 to be the first coach for New York Knicks president of basketball operations Phil Jackson, under whom Fisher won five championships with the Los Angeles Lakers.

Fisher's first season with the Knicks was the worst in franchise history (with a 17-65 record). The team played better early in the second season before Jackson fired Fisher last February with the Knicks in a 1-9 tailspin.