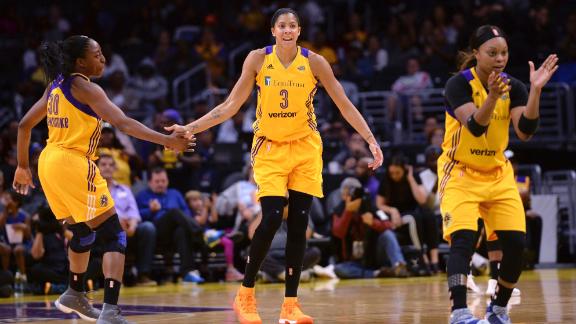 LOS ANGELES -- Alana Beard and Diana Taurasi grinned at each other on court. It was a look of mutual admiration, two 35-year-old players who've been at this a very long time, yet are still competing for championships.

"I've got the utmost respect for her," Taurasi said Tuesday after the defending champion Los Angeles Sparks beat her Phoenix Mercury 79-66 at Staples Center. "I've known her for so long, and not many people compete the way she does every day. How she approaches a game is an art that's lost a little these days."

Before tipoff, WNBA president Lisa Borders presented Beard the league's defensive player of the year award. It was the first time the veteran Los Angeles guard had won it, which has surprised people, including Phoenix coach Sandy Brondello, who figured Beard could have gotten this honor multiple times by now.

For her part, Beard was grateful to win it, but still feels like playing defense is just the basics of doing her job.

"Defense is my foundation," she said. "You're supposed to play defense. I just happen to be pretty good at it, and I have a coach who has implemented a system, and teammates that allow me to play to my strengths."

The admiration that Taurasi has for Beard is mutual. Taurasi shot just 2-for-10 for six points, her lowest point total in a playoff game.

But Beard still didn't take the credit, saying, "I've never believed that I've stopped Diana. Diana has just missed shots. She's the leading scorer of all time [in the WNBA] for a reason."

But on this night, Beard really did put the clamps on the GOAT, and she also out outscored Taurasi, getting 11 points on 5-of-6 shooting. Guard Leilani Mitchell led Phoenix with 19 points, and center Brittney Griner had 18 before she fouled out with 4 minutes, 43 seconds left in the game.

Griner's sixth foul was called on a monitor review by the officials, one of what seemed like endless reviews in a choppy second half that had little flow. Griner came into contact with Nneka Ogwumike while making a post move. Griner smiled in disgust at the call that sent her out of the game, and blew a derisive kiss at the officials.

"I've never seen them not call a foul, then stop play, review it, and then give me an offensive foul. I've never seen that," Griner said. "Normally when we argue with the refs to review something like that, they say they can't. So I don't understand why now? It wasn't under two minutes. I was really confused.

"It was contact, but I think it was incidental. I didn't swing; I turned for my move and she was playing me close. But you can't control anything with officiating. You have to try to play through it."

Then Griner looked on the bright side of the loss. Yes, she fouled out, Taurasi struggled to score, and the Sparks had all their starters score in double figures. Yet it was still a relatively close game in the final minutes. Phoenix can take something positive from that.

"Honestly, we're still in a good spot," Griner said. "It wasn't a blowout. Maybe we need to be more aggressive. It's not like we throw our hands in the air and say we don't know how they beat us. We know exactly what we did and they did."

Griner said she was eager after the game to get something to eat and then get some sleep; the Mercury had a lengthy travel day Monday after winning a second-round game at Connecticut on Sunday. With a layover in Houston and the bus rides to and from the airports, it took more than 12 hours.

In all seriousness, Taurasi said the Mercury will have to figure out how to squelch some of the Sparks' offensive attack, which was led by Ogwumike with 19 points and Candace Parker with 15.

"We have to do a better job of limiting the easy points," Taurasi said. "I think we did a pretty good job of that for the most part. But they had a couple of runs where we had some defensive breakdowns that really hurt us.

"We still had an opportunity late, but they showed why they're the defending champs today."

And while it wasn't a good night individual for Taurasi, both she and Beard have proven for many years why they were so worthy as the Nos. 1 and 2 picks, out of UConn and Duke, respectively, back in the 2004 WNBA draft.

"It is special, and I cheer her on," Beard said of when she doesn't have to go head-to-head against Taurasi. "She's an opponent, but we grew up together. And everything that she's accomplished, it's good to see."

The mental toughness that Taurasi so admires in Beard was something that was tested a bit by the frequent stoppages by officials in the second half. Beard just had to keep reminding herself not to let up at all.

"There was no rhythm to the game," Beard said. "Every time there was a review, even if it was going our way, I was thinking, "Come on.'

"But I do mentally tell myself to stay in the moment, and I try to tell my teammates to do that, too. Because you can start looking around and get distracted. But I know the game's not over, so that's how I keep my focus." 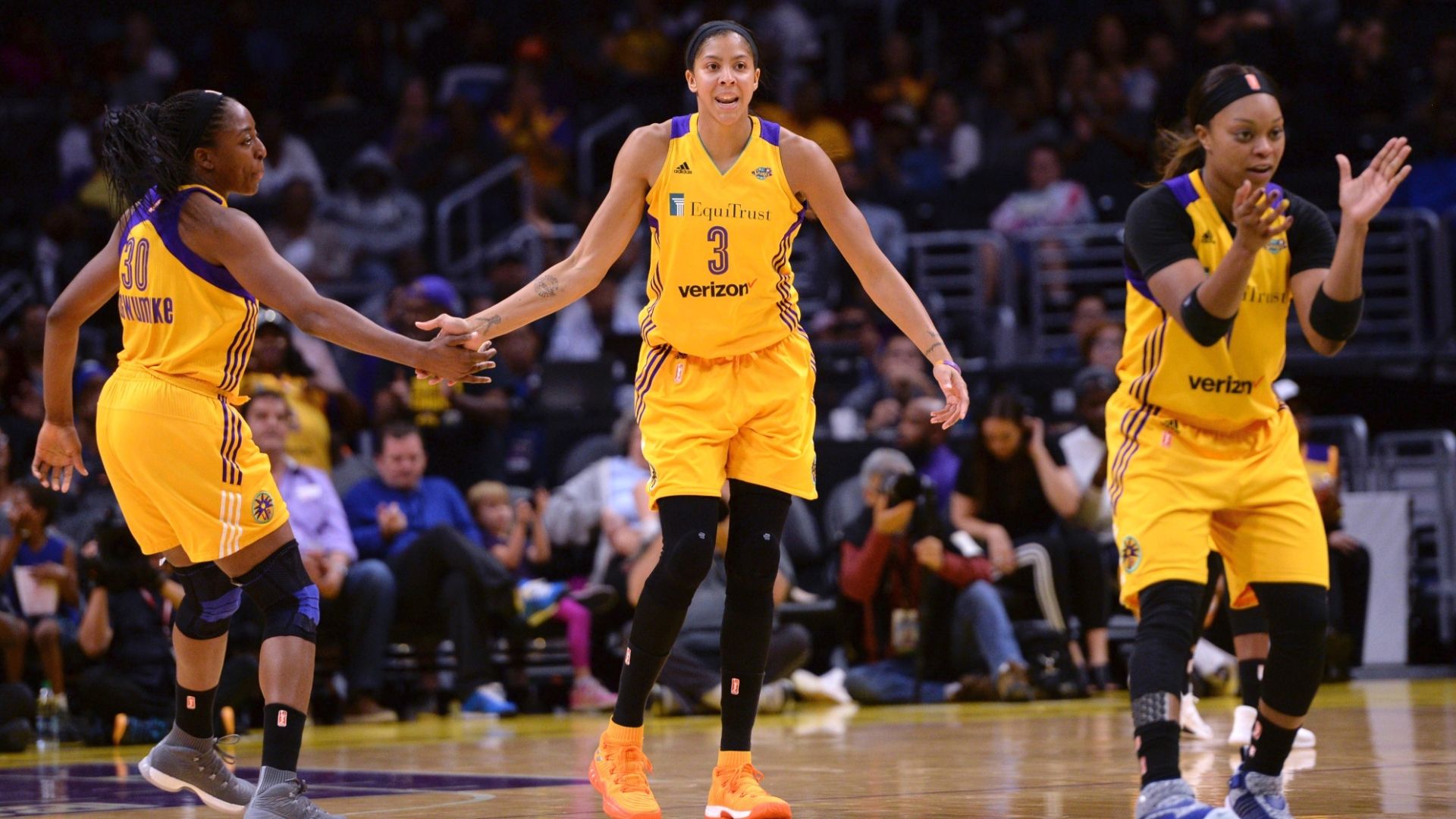