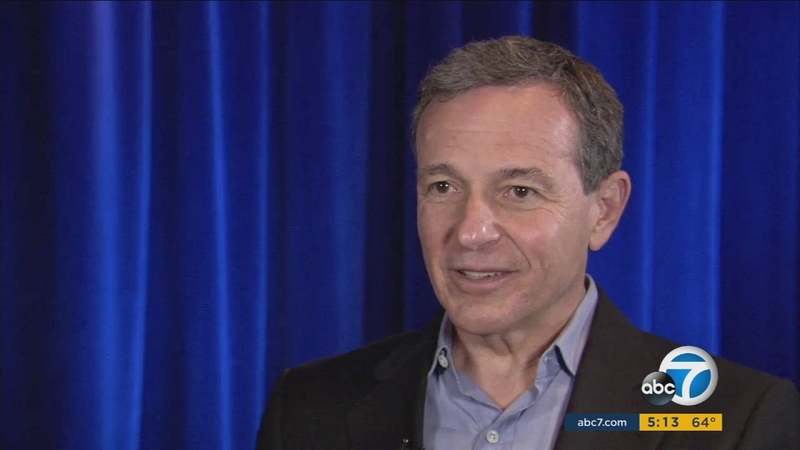 LOS ANGELES (KABC) -- For the first time, Disney CEO Bob Iger is speaking out about joining the effort to bring an NFL team to Carson.

When the Carson group brought Bob Iger aboard last month, they described his hiring as "a game changer."

Carson and Inglewood are battling to the future home of NFL football in Los Angeles, and right now, the race is too close to call.

Support is divided among NFL owners between a new Carson stadium that would host the San Diego Chargers and Oakland raiders, or an Inglewood site owned by St. Louis Rams owner Stan Kroenke that could be shared by a second team.

Iger said if the NFL is going to bring professional football back to Los Angeles, it needs to do it in a big way.

"There are a number of reasons why I believe in the Carson project, first of all, two teams. If you're going to replant the NFL flag on L.A. soil, then do it in a big way. Make a big statement, make a loud statement. Two is twice as good as one. And it affords the people of this area the opportunity to possibly go to games every week," Iger said.

Iger said he believes L.A. and the NFL are a great fit for some obvious reasons.

"L.A.'s got great weather, let's put football outside where it belongs," he said.

The Disney CEO said he understands fans may be skeptical after past attempts to bring the NFL to L.A. have failed.

"I understand why fans might not be optimistic, because it's been kind of a long, tough tale. And I think fans a few times maybe thought they were close, if they were in the red zone they didn't quite get it across the goal line," Iger said.

But he believes the right players are in place this time to seal the deal.

The NFL owners hope to vote on, and announce their decision, when they meet in Houston in mid-January.