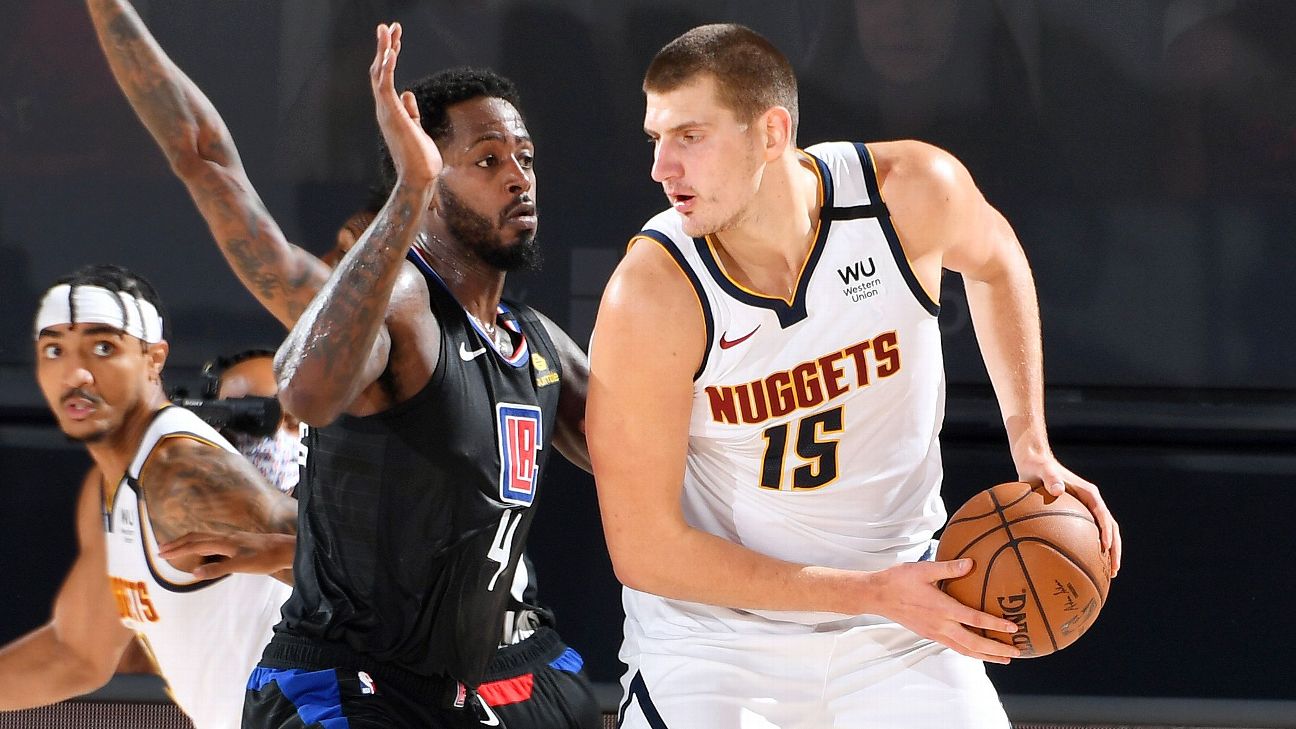 When Doc Rivers watches Nikola Jokic, the LA Clippers coach sees the best passing big man ever, combined with the moves and smarts of two Hall of Fame big men.

"He has a little bit of everybody," Rivers said Tuesday when asked if Jokic compares to anyone. "He has all the footwork and the moves of an [Hakeem] Olajuwon, the lanky and goofy, like goofy intelligence of Kevin McHale. Shoot, man, he's just good.

Clippers point guard Patrick Beverley also asserts that Jokic is very adept at "flailing" and putting pressure on referees. Clippers starting center Ivica Zubac fouled out after 21 minutes of trying to guard Jokic, who finished with 32 points, 12 rebounds and 8 assists in the Denver Nuggets' loss Monday in Game 3 of their Western Conference semifinal series.

"Well, I don't listen to Patrick Beverley a whole lot," a dismissive Nuggets coach Michael Malone countered on Tuesday. "If Kawhi Leonard was talking, maybe I might listen to it. Kawhi's a great player. But all you gotta do is look at the stat sheet. Zubac attempted more free throws than Nikola Jokic; they shot 26 free throws, we shot 10.

"So I'm not really sure what game Patrick is talking about or looking at, but I really don't warrant and give too much attention to that."

Jokic has carved up the Clippers' defense with one-handed, three-quarter court outlet passes and an array of pivot moves and pump fakes to average 29 points, 15 rebounds, 6 assists and shoot 7-for-13 from behind the arc in the past two games.

The Clippers, who lead 2-1 in this best-of-seven series, are also trying to keep Jamal Murray under wraps as much as possible. After scoring 50 points twice during Denver's first-round series win over Utah, Murray has been held to a combined total of 26 points in the Clippers' two victories in this series.


Rivers has Leonard and Paul George to smother Murray late in games, but Jokic is a tall task for the Clippers' defense. His ability to hit 3-pointers, post up, score and pass makes him a load for Zubac, Montrezl Harrell, JaMychal Green and Marcus Morris Sr. to handle.

The Clippers sent some delayed double-teams at Jokic and there were stretches where that defense led to momentum-turning turnovers.

"They got very aggressive in the end of the second quarter. We had three turnovers in that 12-2 run, and all three were Nikola," Malone said. "And he's just gotta understand, every time he puts the ball on the floor, they're coming. Whether he needs to spin-dribble or whether it's just him just catching in the post and dribbling, they are double-teaming him every time he puts the ball down."

The Clippers, though, had their own lapses that allowed Denver's wings to leak out a few times for some Jokic touchdown-like passes downcourt for easy baskets.

"Man, he's just very good," Rivers said before practice and certainly a film session with his players. "And he's very frustrating to watch on film." 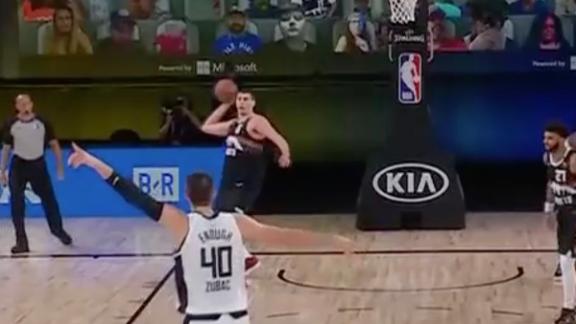