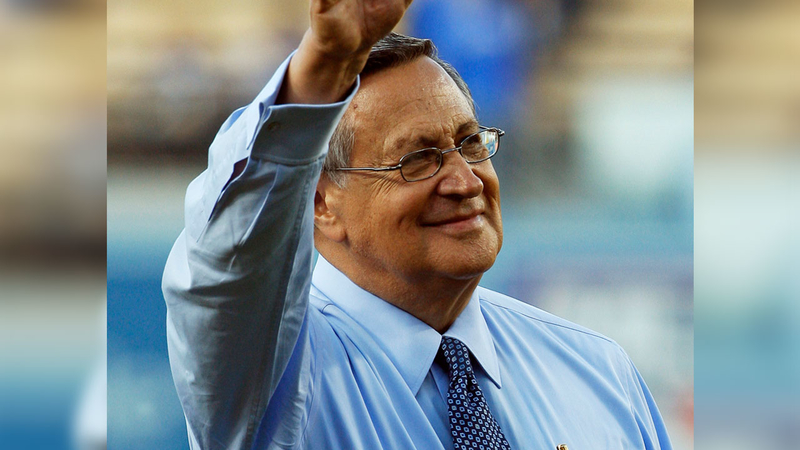 The longtime Spanish-language voice joined Vin Scully as the only other broadcaster with the honor. The 82-year-old's name will be permanently affixed to Dodger Stadium.

Jarrin has been with the Dodgers for 62 years, joining the team in 1959 during their second season in Los Angeles.

He was inducted into the Baseball Hall of Fame in 1998 as the recipient of the Ford C. Frick award.

On Thursday, the team extended his contract through the 2020 season.

Another thing both he and Scully have in common -- they are both extremely humble.

"It's so hard to believe that I've been doing this for 60 years, 56 at this place -- a place that I call a second home," he said. "The Dodgers have been great. I want to thank them very much because through them, I am getting all this recognition. I don't know if I deserve this or not."

Tonight, Jaime Jarrín becomes the 12th inductee into the Dodgers’ Ring of Honor. Take a look back at his career in this feature narrated by @edwardjolmos. pic.twitter.com/Ih1cyXjIHk