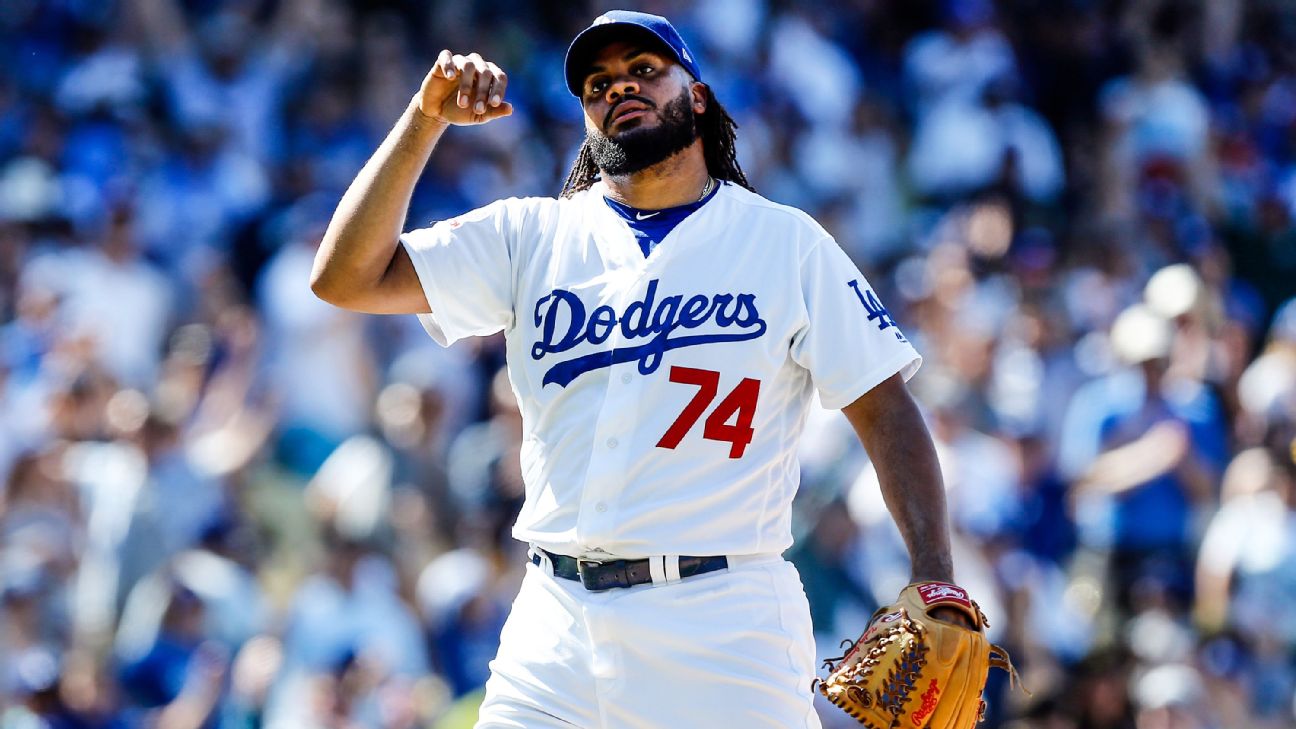 LOS ANGELES --Dodgerscloser Kenley Jansen has dropped 25 pounds since the end of last season, and on Thursday, he threw his first bullpen session since a heart procedure in November.

The procedure, known as an ablation, was Jansen's second heart operation in six years. It came after he experienced an atrial fibrillation episode in Denver this past August.

"I definitely feel great. Ready to roll," Jansen said at the team's FanFest on Saturday.

Jansen, who had 38 saves in 42 chances last year and a career-high 3.01 ERA, said he will be ready to go by Opening Day.

The big right-hander gave up seven runs in his first four games after missing time in August and then blew both of his save opportunities in the World Series.

"I'm not happy at all by that year I had last year, so that's motivation for me," Jansen said. "Every year you can get better. Even if I have a good year this year, next year I will want to do better."

The 31-year-old dropped the weight hoping to better manage his health, and he said his doctor is confident the issues are behind him, even if he's not completely cured. Jansen said he is off blood thinners and has been cleared to pitch in Colorado this year.

A.J. Pollock was introduced to Los Angeles fans on Saturday, shortly after his four-year, $55 million contract with the cub became official.

The formerArizona Diamondbackgreeted his new fans by admitting a once-serious dislike for the Dodgers. Now that he has signed his deal -- which includes a $10 million option for 2023 or a $5 million buyout -- the outfielder said he is excited to wear the colors that once piqued his competitive spirit.

"When you play against the Dodgers, of course; these guys are good," Pollock said Saturday, admitting his former Dodgers disdain. "I think that's what it comes down to. I think these guys are in a place where you either love them or hate them."

Pollock was one of this era's first swing-change success stories. After trying to lift his launch angle in 2015, he broke out with a .315 average, 20 home runs, 39 stolen bases and a Gold Glove in center field. Injuries have seriously hindered him since, though, including a fractured right elbow in 2016, a groin issue in 2017 and a broken left thumb last year.

"Obviously, he's missed some time over the last few years, and we dug into the question: 'Is it predictive as you move forward?" said Dodgers president of baseball operations Andrew Friedman. "Most of them have been impact-type injuries. He's had one soft-tissue injury.

"Then you get into how well a guy takes care of himself. How clean does he live, eat, and those things that factor into payer health? As we dug into it, we felt good that he does everything he can to stay on the field."

Dodgers manager Dave Roberts is known for mixing and matching his players, often moving guys around to get the proper platoon advantage. Roberts said the right-handed hitting Pollock should be an everyday player in center, as long as he's healthy.

"I don't think you go out and sign a guy like that to even bring in the word platoon," Roberts said.

Dodgers shortstop Corey Seager can't guarantee he'll be ready by Opening Day, but he said he hasn't had any setbacks in his recovery from hip and Tommy John surgeries.

"Right now, everything is on line to kind of be able to make a decision on whether I will be ready to go or not, but for the most part, I feel great and everything is on time right now," Seager said.