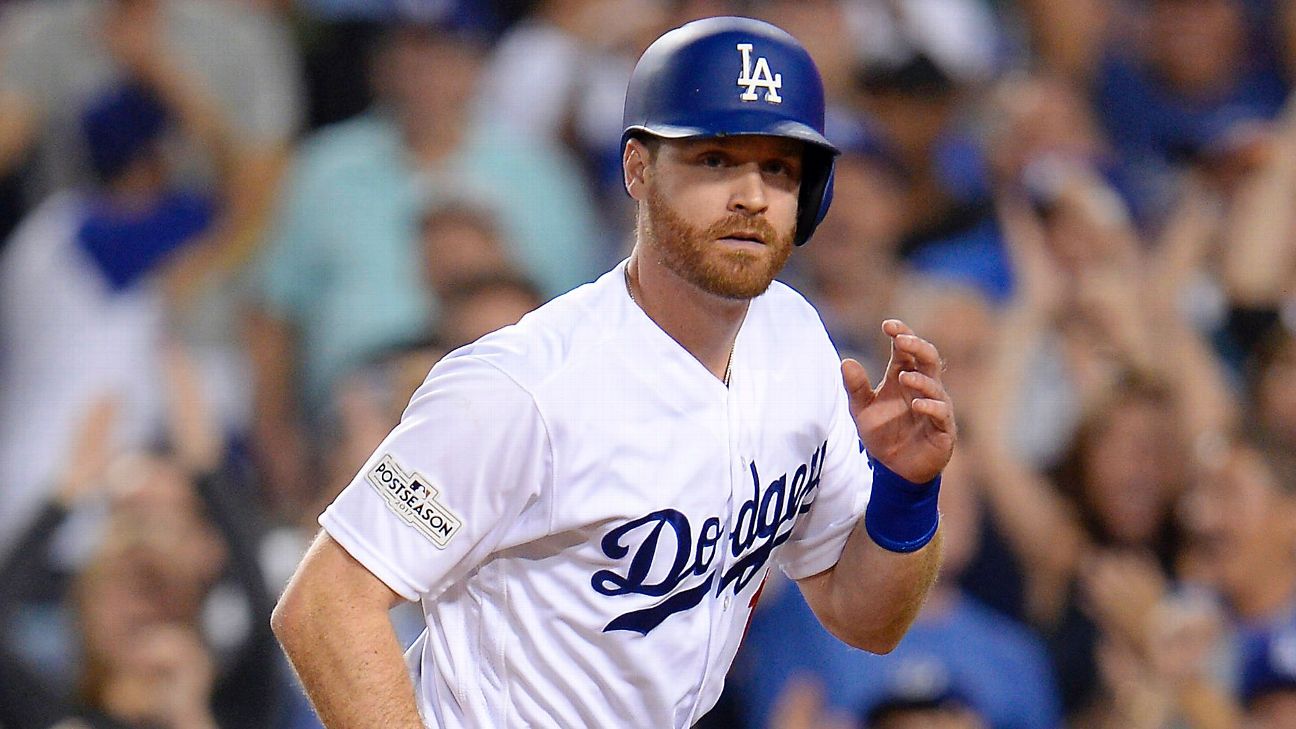 Los Angeles Dodgers third baseman Logan Forsythe left Saturday's game against the Arizona Diamondbacks with discomfort in his right shoulder and will have an MRI, the team said.

Forsythe, normally a second baseman, has been filling in at third for the injured Justin Turner.

Kike Hernandez and Kyle Farmer are expected to pick up third-base duties in Forsythe's absence.

Before Saturday's game, Turner, who is out with a fractured left wrist, played catch while wearing a glove on his right hand as he assisted with infield practice. Roberts said there is no timetable for Turner's return.

Forsythe was 0-for-2 at the plate before he left. The Diamondbacks won 9-1 to stretch their win streak over the Dodgers to 11 straight regular-season games dating to August 2017.