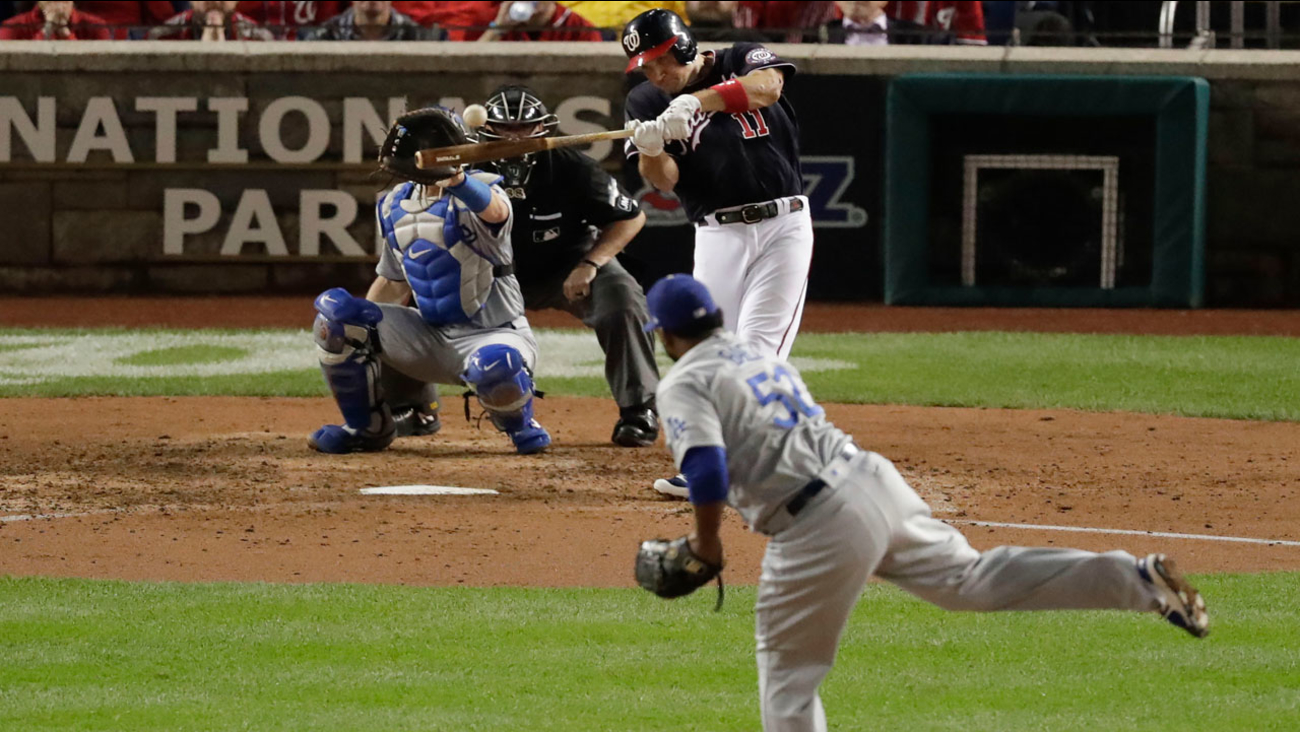 WASHINGTON (KABC) -- The Dodgers fell short 6-1 in their bid to close out their series against the Nationals in Monday's NLDS Game 4, forcing a fifth game.

Rich Hill started the game after overcoming knee trouble in September to put himself in position to pitch but he didn't last long.

The Nationals were under head after ace pitcher Max Scherzer loaded the bases in the seventh inning. Chris Taylor came up to bat, eager to catch up, but the opportunity was lost when he struck out.

Both teams now stand just one victory away from an appearance in the National League Conference Series. If the Dodgers rake in a win during Game 5, it will be their seventh NLCS appearance in 11 years.