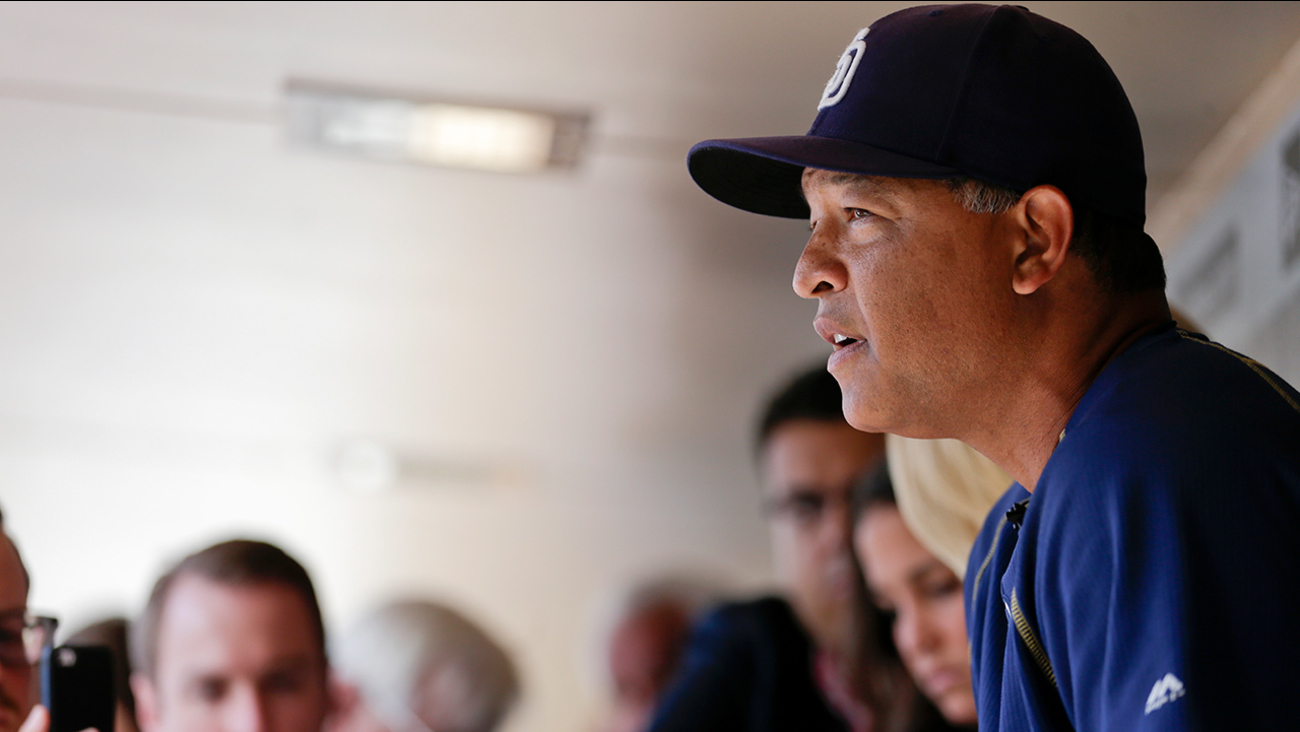 Roberts, whose father is African American and mother is Japanese, will become the first minority manager of the Dodgers.

"It's hard for me to put into words what it means to be named manager of the Los Angeles Dodgers," said Roberts. "This is truly the opportunity of a lifetime.

"We're extremely excited to bring Dave Roberts on board as the next manager of the Dodgers," said Dodger President, Baseball Operations Andrew Friedman. "We could not have been more impressed with him through this process. His energy is infectious and he has the rare ability to make a genuine connection with every person he comes across."

He won a World Series with Boston after being traded from the Dodgers to the Red Sox at the trade-deadline in 2004.

Roberts has coached with the San Diego Padres since 2011, most recently as bench coach.

Former manager Don Mattingly and the franchise decided to part ways following the team's early exit from the playoffs in 2015.

Mattingly has since been named the manager of the Miami Marlins.

Roberts is the first manager hired under Friedman, who became the highest-paid baseball front-office executive with the team in October of 2014.