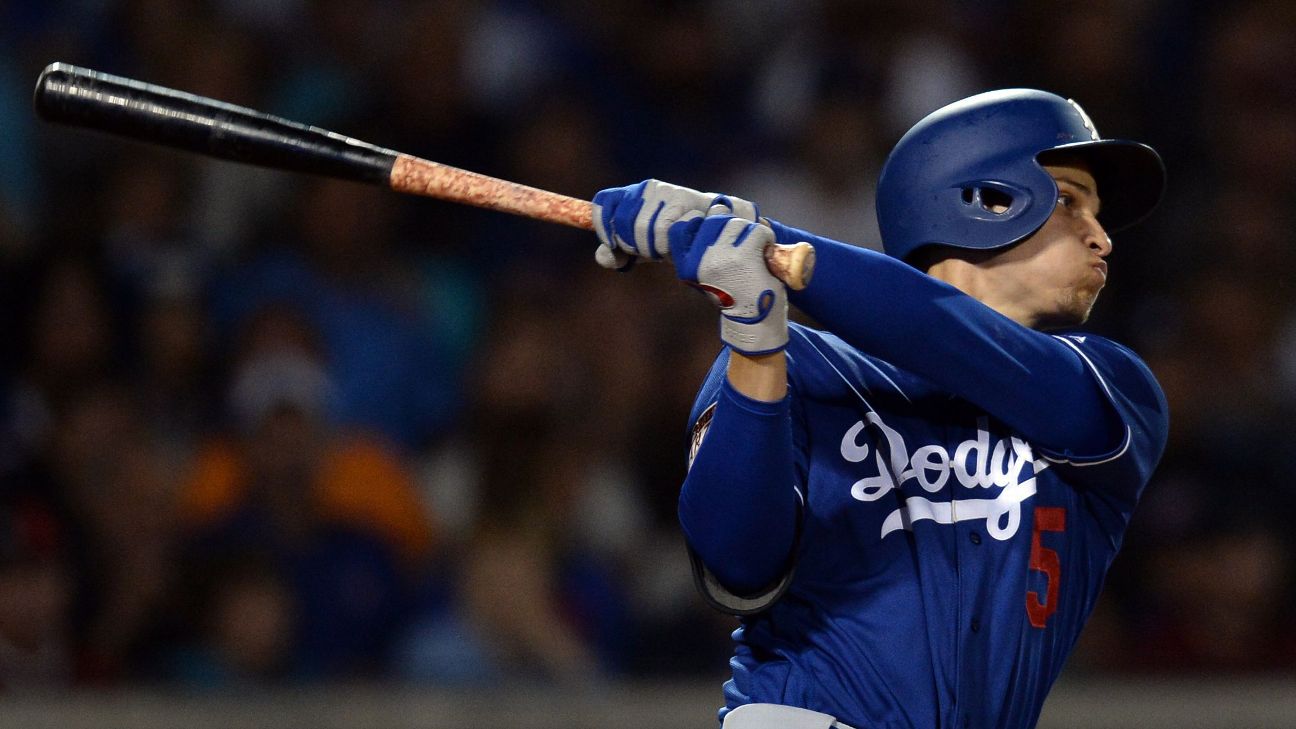 The star shortstop, playing against major league competition for the first time in nearly a year, homered to center field in his second at-bat against Chicago Cubs left-hander Cole Hamels at Sloan Park.

"It was just fun. The adrenaline, the excitement, it was really good," Seager said after playing six innings in his Cactus League debut. "It's been a really long time since I've been out there. That was the excitement part of it."

Seager added a sacrifice fly in the fifth.

"I was happy for him. He looked really good in the batter's box," Dodgers manager Dave Roberts said. "A positive night."

A two-time All-Star and the 2016 NL Rookie of the Year, Seager played just 26 games last year before an elbow injury ended his season on April 29.

He had Tommy John surgery in early May and arthroscopic surgery on his left hip in August. The Dodgers made their second straight trip to the World Series despite Seager's absence after acquiring Manny Machado from Baltimore to fill in at shortstop.

Machado is now gone after signing a $300 million contract as a free agent with San Diego.

Batting third, he flied out to the warning track in left-center his first time up. He was the middle man on a double play in the bottom of the first.

"That was one of those throws that would have really bothered me," Seager said. "It was really nice to be able to make that play and not really worry about it."

He committed an error on Javier Baez's grounder in the fourth.

Roberts said Seager will play in a minor league game Thursday and return to Cactus League action Friday against Arizona at Camelback Ranch.

In his rookie season, Seager hit .306 with 26 homers and finished third in National League MVP voting. In 2017, he hit 22 homers but began to experience a sore arm, causing him to miss the NL Championship Series against the Cubs. He returned for the World Series against Houston, playing in all seven games.

However, he felt soreness in his elbow last spring and tried to play through it before having the operation.

LHP Julio Urias pitched 2 2/3 innings out of the bullpen, allowing two earned runs -- including Anthony Rizzo's homer. Coming into the outing, Urias had given up only two hits and one run in nine innings this spring. Roberts said Urias, who started in his previous Cactus League appearances, will begin the season as a long reliever. "We wanted to make sure Walker (Buehler) got through his start, which he did yesterday," Roberts said. "And it makes the most sense for us to have Julio come out of the 'pen in long relief. He's going to be just fine." Roberts said he didn't think he would use Urias as a lefty specialist or one-inning guy. "As a reliever, you've got to be ready every day. Right now I feel good and I'll continue working," Urias said through a translator. The 22-year-old missed most of last season after shoulder surgery in June 2017 but returned in time to pitch 6 1/3 innings of relief in the NLCS and World Series. Urias was 5-2 with a 3.35 ERA in 15 starts as a 19-year-old in 2016.
Report a correction or typo
Related topics:
sportsespnmlblos angeles dodgerscorey seager
Copyright © 2022 ESPN Internet Ventures. All rights reserved.
TOP STORIES
3 hospitalized after vehicle slams into Los Feliz restaurant
Portola HS basketball player target of racist slurs during game
Man released from prison after twin brother confesses to murder
Supreme Court Justice Stephen Breyer to retire
Kathryn Kates, 'Orange is the New Black' actress, dead at 73
Video: Robbers steal man's watch after fender bender in Sherman Oaks
2 years after LA County's 1st COVID-19 case, where are we now?
Show More
Biden administration officially withdraws vaccine rule
Scientists monitoring new omicron subvariant BA.2
LAPD sergeant speaks about intense moments saving choking child
Pope urges parents to 'never condemn' their gay children
Wind advisory for parts of SoCal in effect until Wednesday at noon
More TOP STORIES News