Dodgers turn to Bellinger over Pederson at 1B 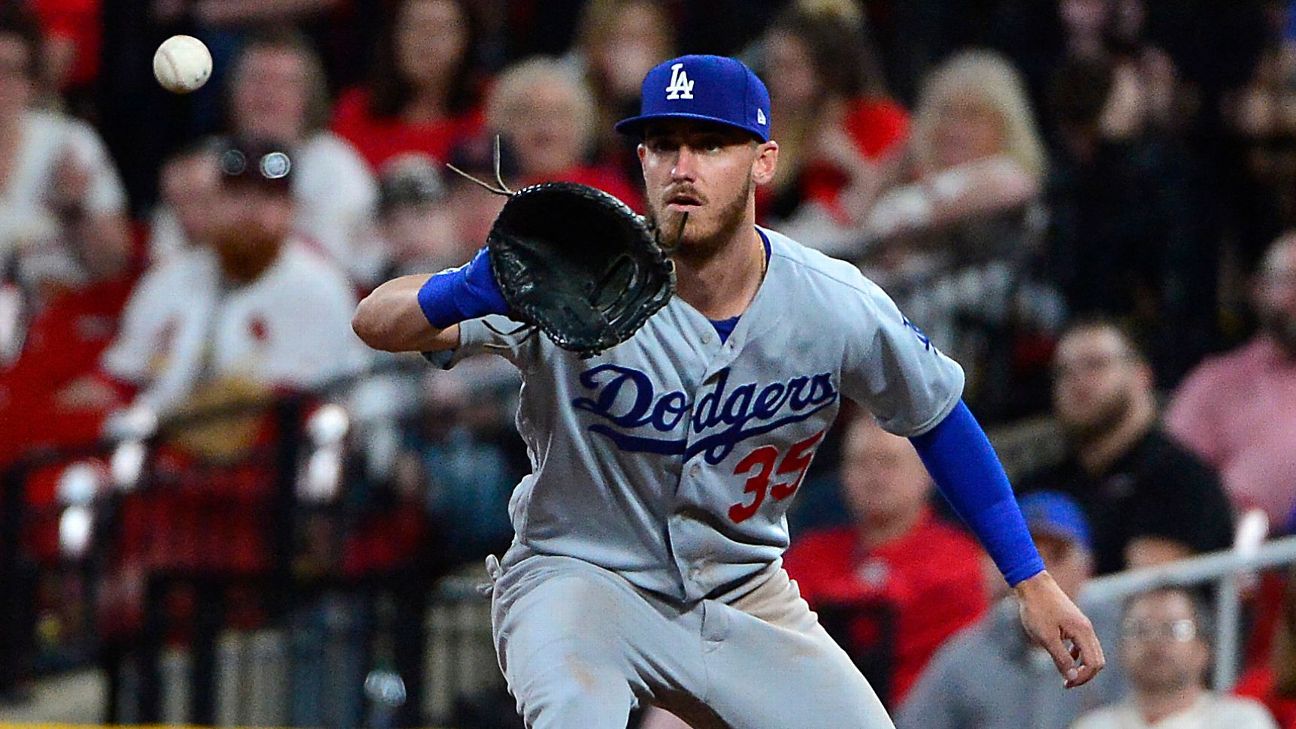 LOS ANGELES -- The Joc Pederson Experiment is essentially over.

The Los Angeles Dodgers will no longer deploy Pederson as a regular option at first base, a move initially intended to get him into the same lineup with Max Muncy and Alex Verdugo. Instead, Cody Bellinger, who has played Gold Glove-caliber defense in right field, will man first base on the days when Muncy is needed at second, manager Dave Roberts said Thursday.

The Dodgers were apprehensive about using Bellinger at first base after he injured his shoulder while playing the position in early May, but Roberts said Bellinger has "done a great job of keeping the shoulder healthy."

With Chris Taylor, Enrique Hernandez and the recently acquired Jedd Gyorko all on the injured list, Muncy likely will spend a lot of time at second base moving forward, which means Bellinger will often play first base against righties, with Verdugo and Pederson occupying the corner outfield spots.

Pederson committed six errors and contributed a minus-1.5 ultimate zone rating in only 149 innings at first base.