Dodgers vs. Brewers: Preview of Game 3 as NLCS shifts to LA 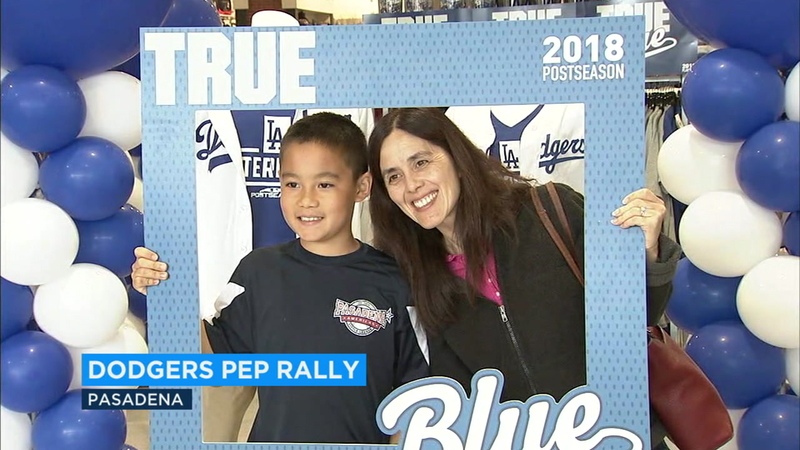 LOS ANGELES (KABC) -- The Dodgers won Game 2 of the National League Championship Series in Milwaukee. The best-of-seven series now shifts back to Southern California for Game 3 Monday at Dodger Stadium.

Here are some keys to Game 3:

STARTING PITCHERS
The Dodgers send to the mound rookie Walker Buehler. He'll be opposed by the Brewers' Jhoulys Chacin.

Buehler tied a season high by allowing five runs to the Braves in the NLDS Game 3. He gave up one run in seven innings to Milwaukee on July 31.

Chacin was brilliant in his first playoff career start in game 2 of the NLDS beating the Rockies with five scoreless innings.

He had his worst loss of the season Aug. 2 at Dodger Stadium, a 21-5 rout. Chacin was charged with nine runs, eight earned.

MATCHUPS
Milwaukee's bullpen is looking for answers after an uncharacteristically bad couple of games. Brewers relievers have allowed eight runs in 7 1/3 innings.

During the regular season the Brewers had the fifth-best bullpen ERA in the majors at 3.47.

NL MVP front-runner Christian Yelich returns to his home state looking to be a factor in the series. He is 1 for 8 with two walks in the first two game.

If Buehler doesn't last long, Roberts will go to his bullpen.

The Dodgers also belted six homers in that regular season game against Chacin. They used the long ball to beat the Brewers 4-3 in Game 2.