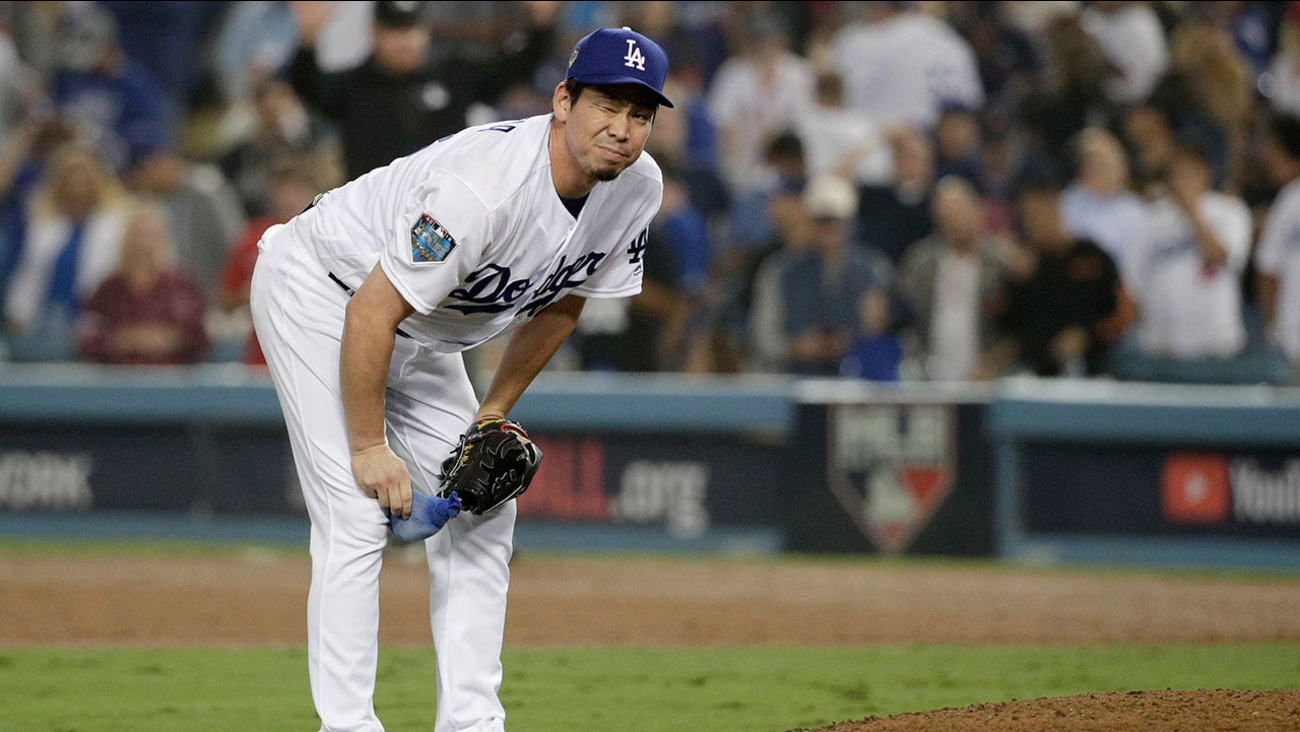 LOS ANGELES (KABC) -- The Dodgers will attempt to do something few teams in baseball history have accomplished: bounce back from a 3-1 deficit in the World Series.

The Red Sox mounted a comeback against the Dodgers in Game 4, beating the Boys in Blue 9-6.

At one point in Game 4, the Red Sox trailed the Dodgers 4-0.

Now Boston will try to clinch the World Series at Dodger Stadium when the teams face off Sunday at 5:15 p.m.

Here are keys and matchups to the game.

Lefty Clayton Kershaw will take the mound for the Dodgers.

The Dodgers ace has been criticized for losing big games in the postseason, a narrative that has followed the future Hall of Fame pitcher for most of his career.

Price has had a similar narrative follow him as well, but after winning his last two postseason games, he looks to erase his reputation of not being able to win the big game.

MATCHUPS
Clayton Kershaw will have to keep Boston's bats quiet if the Dodgers intend to win. Boston has continued its clutch hitting pace, especially with two outs.

For Boston, they have gotten to the Dodgers' closer Kenley Jansen in each of the last two games, hitting home runs off the All-Star closer.

If the Dodgers have a lead in the ninth inning, it will be up to Jansen to keep the Dodgers' World Series dreams alive.

THINGS TO LOOK OUT FOR
The Dodgers bullpen was hit hard by Boston in Game 4. Dodgers manager Dave Roberts was criticized for pulling Rich Hill out of the game in the seventh inning.

If Kershaw pitches deep into the game, will Roberts pull his pitcher again?

Los Angeles must overcome a 3-1 deficit to end its 30-year championship drought. Only six teams have accomplished the feat in a best-of-seven World Series, although the Chicago Cubs did it just two years ago.

The superlative Boston roster that won 108 regular-season games and then rolled through the 100-win New York Yankees and defending champion Houston Astros to win the AL pennant is now one win from this formerly tormented franchise's ninth World Series crown.