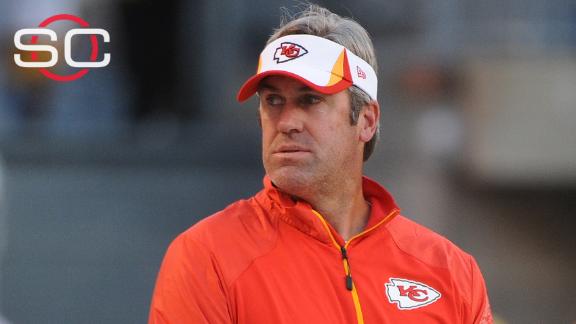 No move could be made until the end of the season for the Chiefs, who will face the New England Patriots in the divisional round of the playoffs Saturday in Foxborough, Massachusetts.

Asked by local media Thursday night about the team's search for a coach, an Eagles spokesman said: "We have concluded our search for a head coach. No further interviews are scheduled."

The Eagles have also hired Ken Flajole, according to reports from El Paso, Texas, and he is expected to be a defensive assistant. Flajole had been set to become the defensive coordinator at UTEP.

A relationship between Flajole and Pederson goes back to 1998, when Pederson was the backup quarterback for the Green Bay Packers and Flajole was a defensive assistant coach.

The Eagles' interest in Pederson stems from his relationship with Andy Reid. Reid, the former Eagles head coach and current Chiefs head coach, worked with Pederson in Green Bay and gave him his previous NFL coaching jobs. Pederson was Reid's offensive coordinator with the Chiefs for the past three seasons.

After three years with Kelly, who brought new ideas and procedures to the NFL from the college game, Lurie interviewed Pederson, Eagles offensive coordinator Pat Shurmur and running backs coach Duce Staley. All three coached or played under Reid in Philadelphia.Adam Gase, who was hired by Miami, and Ben McAdoo, who was hired by the Giants, also interviewed.

Pederson, who turns 48 on Jan. 31, is the first former Eagles player to become the team's coach since Marion Campbell. A member of the 1960 NFL championship team, Campbell coached the Eagles from 1983 to 1985.

A native of Ferndale, Washington, Pederson played in the NFL for 12 seasons, primarily as a backup quarterback in Miami, Green Bay, Philadelphia and Cleveland. He played college football at Northeast Louisiana, now known as Louisiana-Monroe.

Pederson spent just one season with the Eagles, but it was an example of his close bond with Reid.

When Reid became coach of the Eagles in 1999, he had a two-part plan at quarterback. The key to the plan was drafting a franchise quarterback. Reid used the second pick of the 1999 NFL draft on Donovan McNabb. In Pederson, signed by the Eagles as a free agent, Reid found a veteran quarterback who could start until McNabb was ready.

In that role, Pederson was essentially in his first coaching job. Reid wanted Pederson to work with McNabb, helping the rookie to understand the offense from a quarterback's perspective. It was also important for the team to have a veteran quarterback who would run the offense correctly as his teammates learned it.

Pederson started nine games in 1999, and the Eagles were 2-7 in those games. McNabb became the starter by mid-November, and the Eagles released Pederson after the season.

Pederson spent a year with the Browns before returning to Green Bay to serve as Brett Favre's backup for four years, retiring after the 2004 season.

After retiring, Pederson became head coach of Calvary Baptist, a private high school in Shreveport, Louisiana. He coached there for four seasons, compiling a 41-10 record.

From there, Pederson rejoined Reid as a quality control coach on the Eagles' staff. Pederson spent two years in that role, then was promoted to quarterbacks coach in 2011. He worked with Michael Vick and Vince Young in 2011, and the Eagles offense ranked fourth in the NFL in total yards.

In 2012, the Eagles went 4-12, and Reid was fired. Pederson followed Reid to Kansas City to become offensive coordinator in 2013.

After a 1-5 start this season, the Chiefs have won 11 games in a row, including a wild-card game last weekend against the Houston Texans. 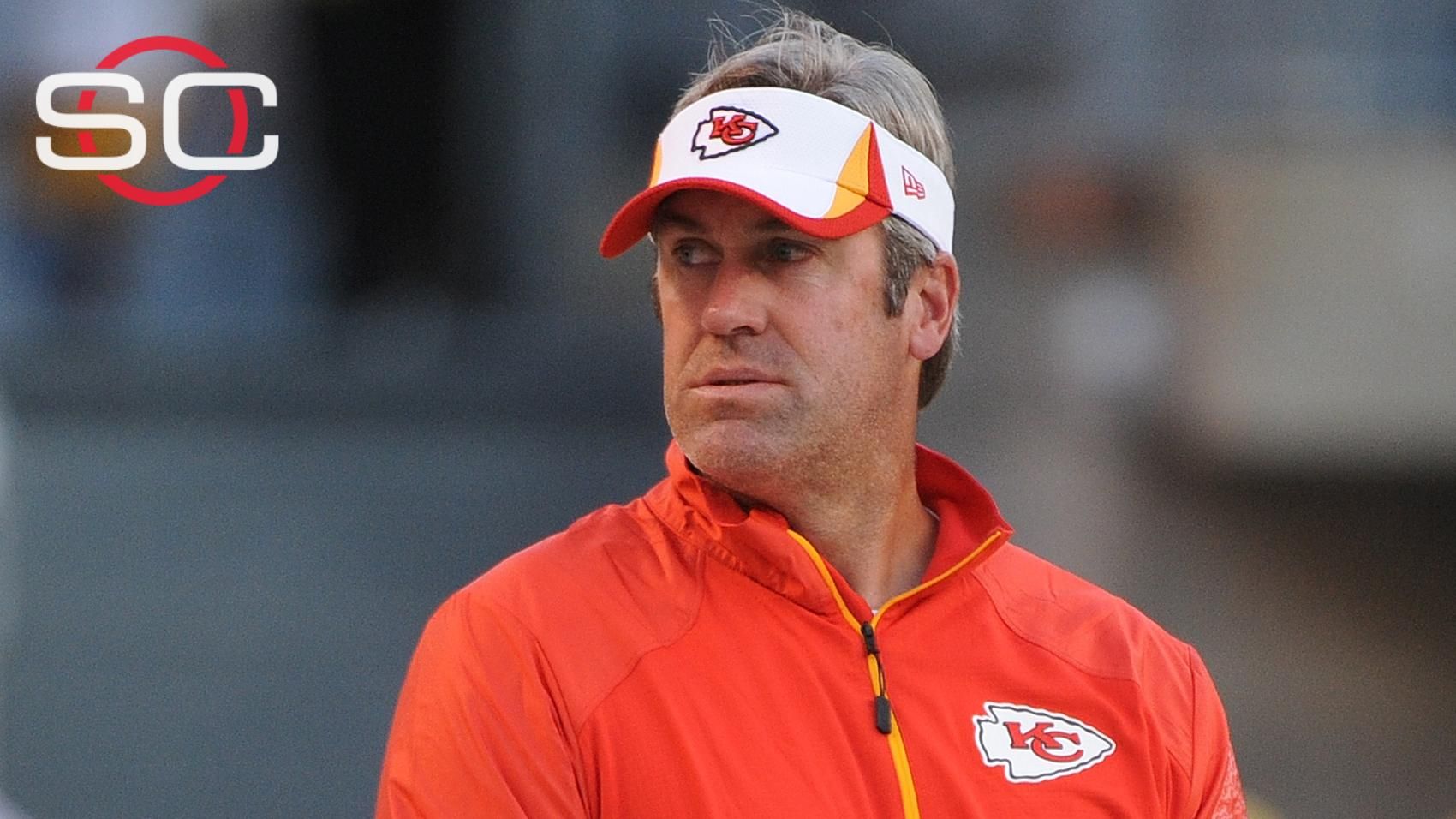 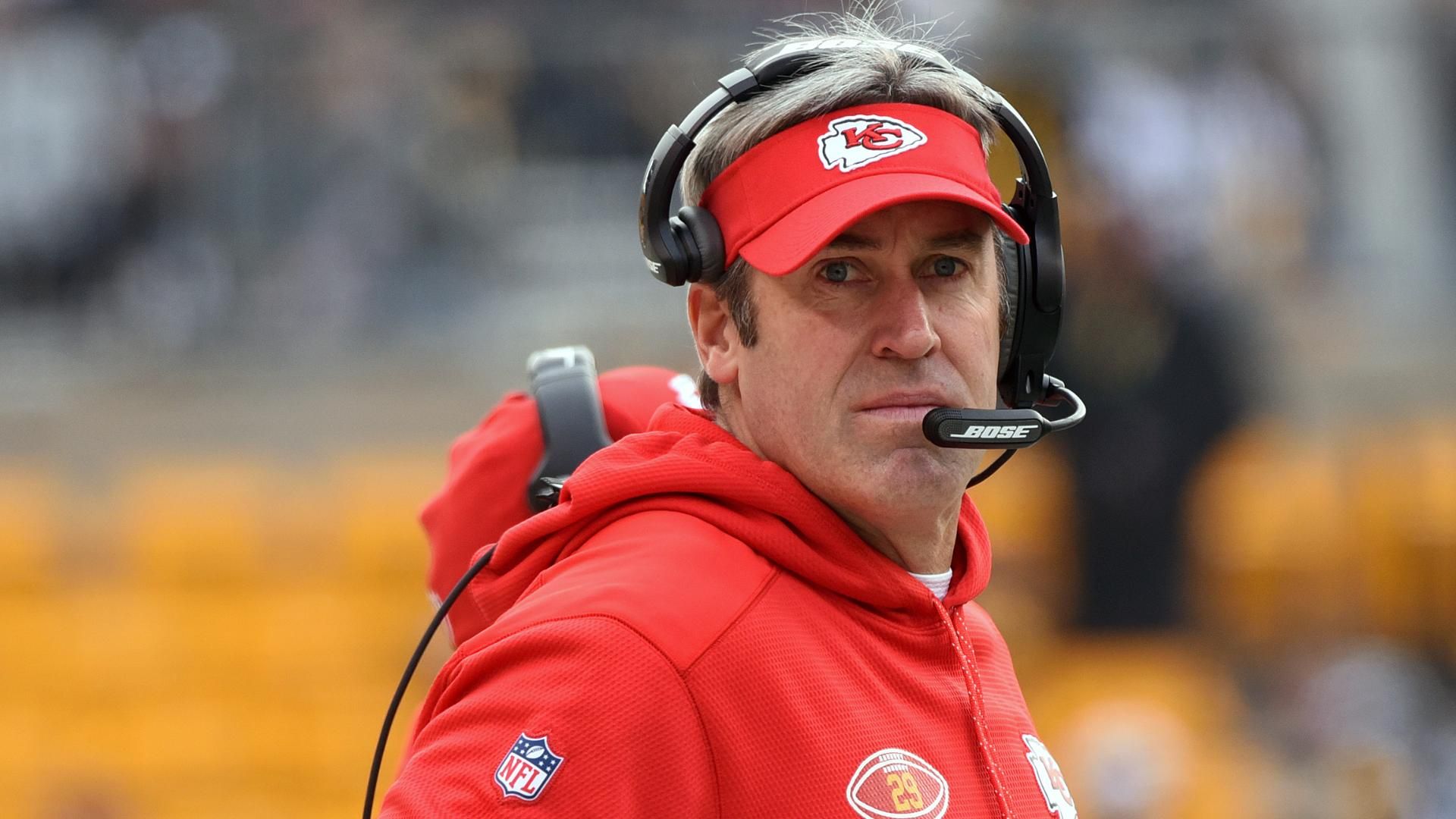