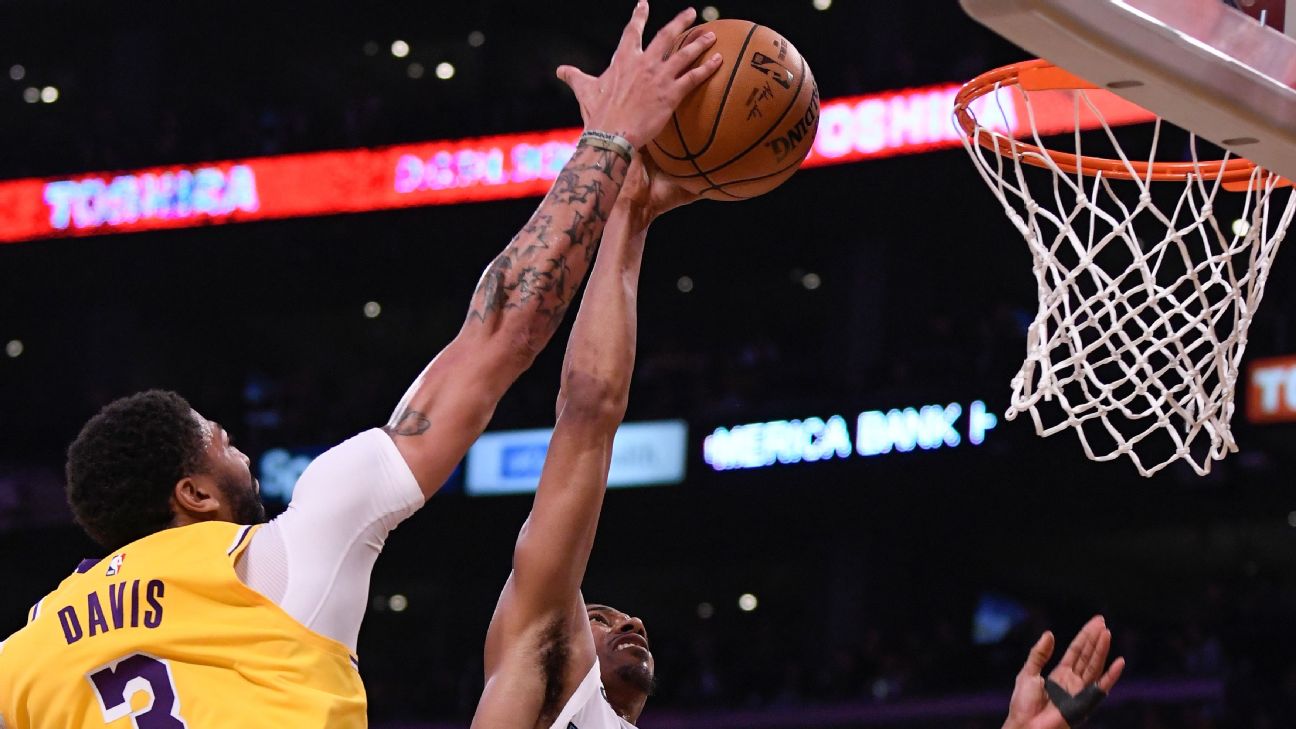 LOS ANGELES -- Anthony Davis went from injured to insurmountable, fragile to a force to be reckoned with in the Los Angeles Lakers' 117-105 win over the Memphis Grizzlies on Friday at Staples Center. And his performance -- 28 points, 13 rebounds and seven blocks in only 31 minutes -- left his team again stumping for his candidacy as the NBA's Defensive Player of the Year.

Davis had exited the game after taking a Jaren Jackson Jr.knee into his right shin area less than a minute into the first quarter. Davis missed the rest of the quarter and the first several minutes of the second, needing to return to the locker room to receive treatment on the bruised right calf muscle and for hamstring tightness the collision caused.

Then he came back in and wreaked havoc on the Grizzlies -- one of the hottest teams in the league since the calendar turned to 2020 -- holding Memphis to its lowest-scoring output in its past seven games.

L.A. really clamped down in the second quarter when Davis made his return, outpacing Memphis 32-19 in the period while holding the Grizzlies to 37.5% from the field.

At times he was charged with guarding the massive 6-foot-11, 265-pound Jonas Valanciunas. On other possessions, he found himself keeping in front of the waterbug-like Rookie of the Year favorite,Ja Morant.

Both players had a rough go of it -- Valanciunas was 4-for-11 and Morant was 5-for-14 -- with Davis patrolling the court.

Davis, who came in third for DPOY in 2017-18 while playing for the New Orleans Pelicans, said that the hardware isn't his main motivating factor.

"I'm not playing defense for that, but it is appealing. I mean, that award, I would love to have that award several times before I retire -- which is not soon," he said. "[I am] just trying to set a standard for one, myself, and two, my team, on the defensive end and the rest of the guys will follow. ... I'm talking to guys, covering for guys and I think if I continue to do that I put myself in position to win that award.

"But I just want us to get back to being the defensive team that we are and I know that starts with me with a defensive mindset."

The Lakers, whose defensive efficiency numbers allow 106.2 points per 100 possessions, rank fifth in the league.

That's not good enough for Davis.

While Davis admitted to Spectrum SportsNet during an on-court postgame interview that he expected his right calf to be "pretty sore and tight" Saturday, he sounded plenty motivated to get right for Sunday.

That's when the Boston Celtics come to town, the team that absolutely drubbed the visiting Lakers the last time they played -- 139-107 on Martin Luther King Day. 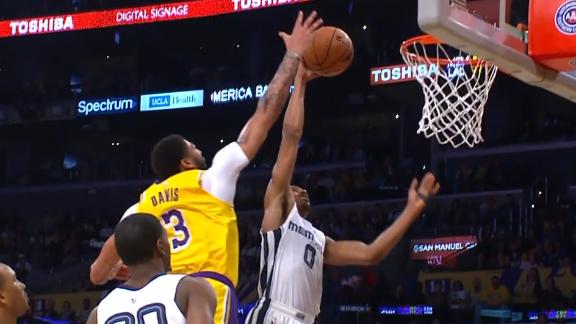