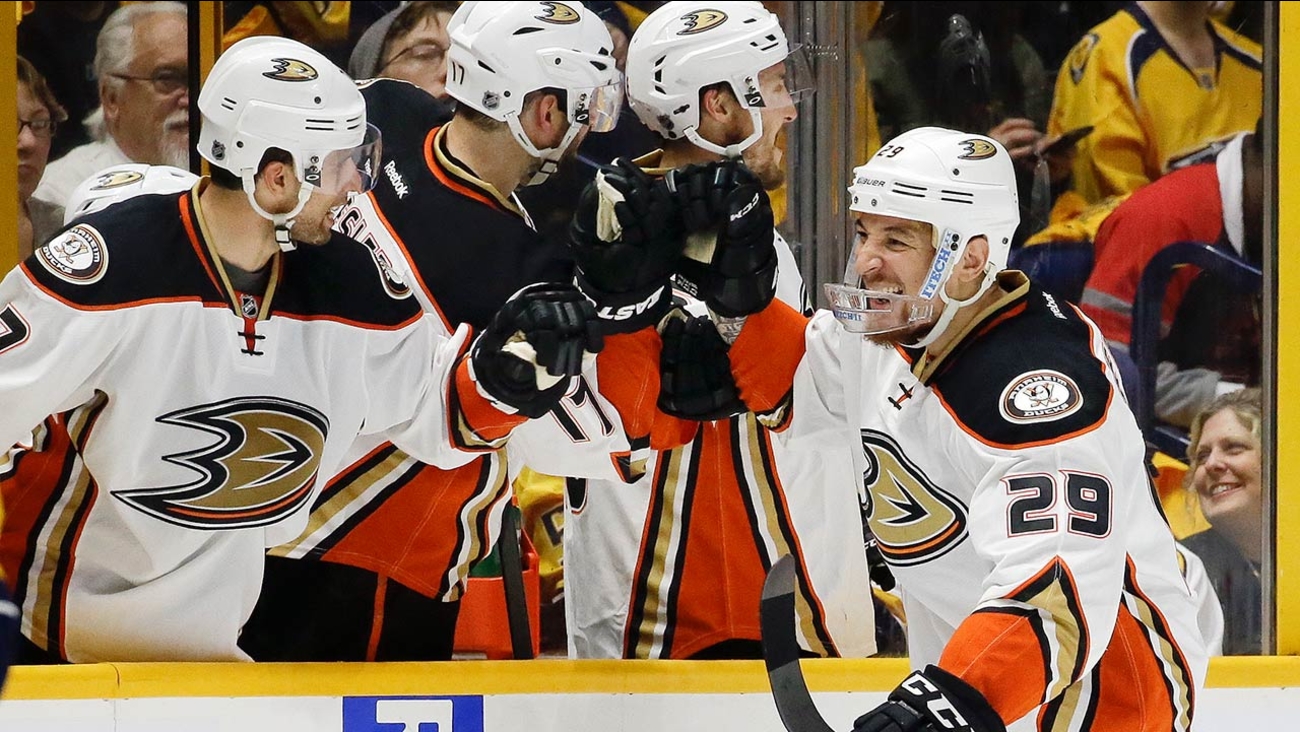 Anaheim Ducks right wing Chris Stewart (29) celebrates with teammates after scoring a goal against the Nashville Predators during the second period of Game 3 on April 19, 2016. (Mark Humphrey)

Frederik Andersen made 27 saves, and the Anaheim Ducks shut out the Nashville Predators 3-0 Tuesday night to pull within 2-1 in their first-round playoff series.

The Ducks have not lost three straight to open a postseason series since the 2006 Western Conference finals, and they didn't come close to dropping a third straight this year.

Andersen, who started in net after John Gibson took the first two losses in Anaheim, posted his second postseason shutout despite taking Shea Weber's slap shot off his head.

Chris Stewart had a goal and an assist, and Jamie McGinn and Rickard Rakell each scored their first goals of the series.

Game 4 is Thursday night in Nashville.