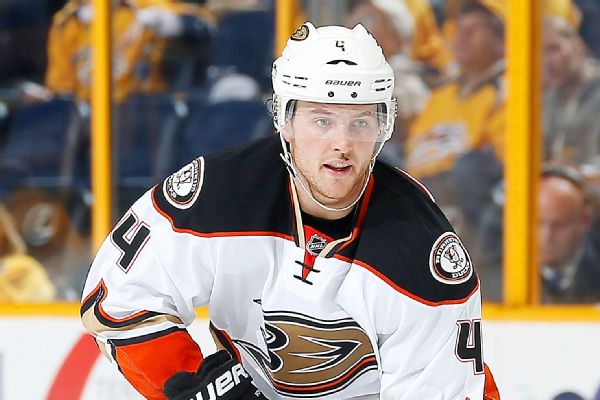 General manager Bob Murray made the announcement Thursday night, saying the team will know much more on when Fowler will return when the playoffs start.

Fowler left Tuesday's game in the third period after a knee-on-knee hit from Calgary Flames captain Mark Giordano, who extended his leg and hit the U.S. Olympian's right knee well after he had shot the puck. Fowler crumpled and couldn't leave the ice under his own power after the hit from Giordano, who wasn't penalized.

"When I saw the hit, your heart goes in your mouth. We may have gotten a little bit of a break," Murray said Thursday.

The hit set off a combative final period featuring 106 combined penalty minutes, including Josh Manson's battering of Giordano in a one-sided fight. The Flames had a lengthy 5-on-3 advantage while Anaheim had five players in the box midway through the period, but couldn't capitalize.

Fowler is the Ducks' top-scoring defenseman with 11 goals and 28 assists this season. He also leads Anaheim in ice time, playing nearly 25 minutes per game.