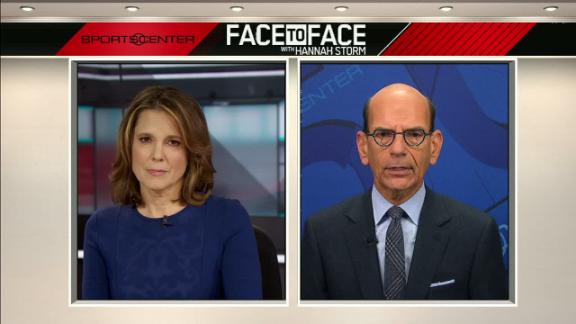 EUGENE, Ore. -- Oregonfootball coach Mark Helfrich will meet with athletic director Rob Mullens this week to discuss his future with the Ducks.

Helfrich said Saturday evening that he has never had a season-ending meeting or review with Mullens in his previous three seasons as head coach.

"Now that our season is complete, I will evaluate all aspects of our football program, as I do with all of our sports after their seasons have ended," Mullens said via release Sunday night. "That evaluation includes meeting with Coach Helfrich in the coming days to discuss the future of Oregon football."

Neither Mullens nor Nike mogul and Oregon booster Phil Knight has yet to voice any kind of strong public support for Helfrich, and Knight was noticeably absent Saturday from Oregon's rivalry game against Oregon State, as he chose to attend the Michigan-Ohio State game in Columbus, Ohio, instead.

Helfrich said he called Mullens on Sunday morning to see if the two could meet before his end-of-season news conference, but Mullens' travel schedule wouldn't permit that.

"I asked if we could meet today, and it just didn't work out," Helfrich said.

Mullens left for Texas on Sunday for his role on the College Football Playoff committee. With his duties and the rankings revealed Tuesday at 7 p.m. ET, presumably the earliest the two could meet would be late Tuesday night or early Wednesday morning. Until then, Helfrich will carry on with business as usual -- conducting the Ducks' season-end banquet on campus Sunday morning and hitting the recruiting trail after that.

The Ducks finished 4-8 this season -- their worst finish since 1991 -- and capped the year with a loss to rival Oregon State on Saturday evening. Late Saturday night, USA Today Sports reported that preparations were being made for a coaching search and Helfrich admitted that he didn't sleep much on Saturday evening.

Helfrich said that the timing of it all and the inability to have a conversation with the athletic director before going out recruiting is "not ideal. ... less than ideal" because it puts him and his staff in a tough situation as questions and skepticism swirl about their job security.

"Obviously this kind of situation occurs, and it's not ideal for anybody," Helfrich said. "We'll be very honest about everything, as is always our approach in recruiting."

Helfrich did say that if he keeps his job, he wouldn't plan to make any changes to the coaching staff and that none of his coaches had informed him as of Sunday morning that they would be retiring or had been contacted about other opportunities.

In the past four seasons, Helfrich is 37-16 as a head coach, but half of those losses came this season, and this is the first season since 2004 that Oregon isn't eligible for a bowl game.

If fired, Helfrich would be owed an $11.6 million buyout by Oregon. 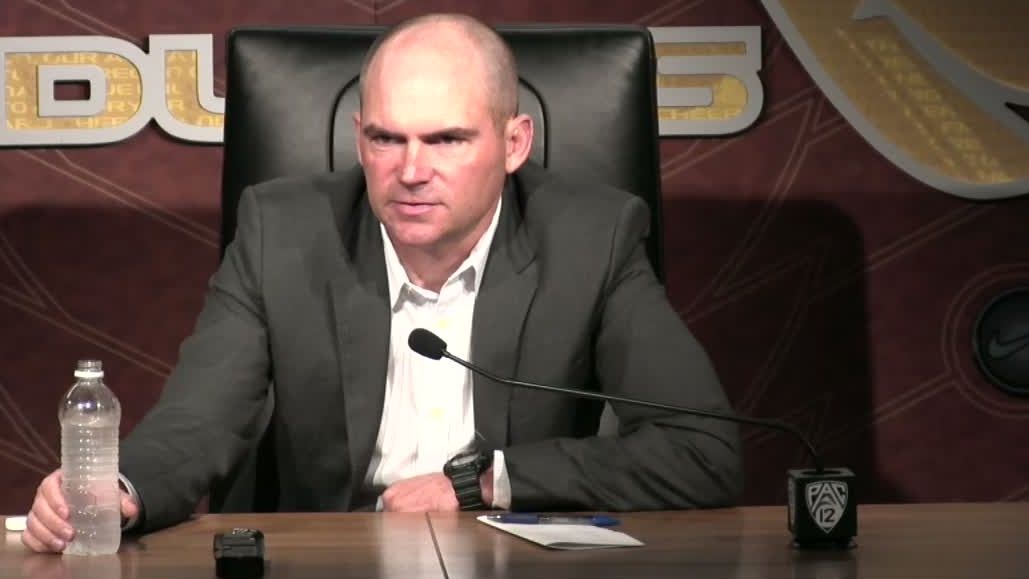