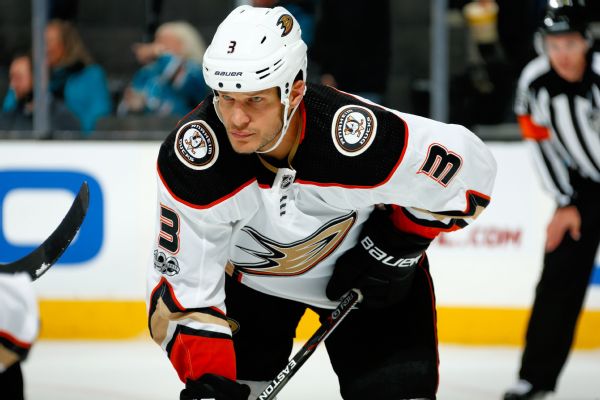 ANAHEIM, Calif. -- Anaheim Ducks defenseman Kevin Bieksa will be out for two to five weeks after surgery to remove scar tissue from his left hand.

Bieksa is having surgery Friday, the Ducks announced.

The 36-year-old Bieksa has eight assists in 59 games this season for Anaheim, which is fighting to get into playoff position with three weeks left in the regular season.