Dwayne Washington a no-go for Lions' matchup with Rams 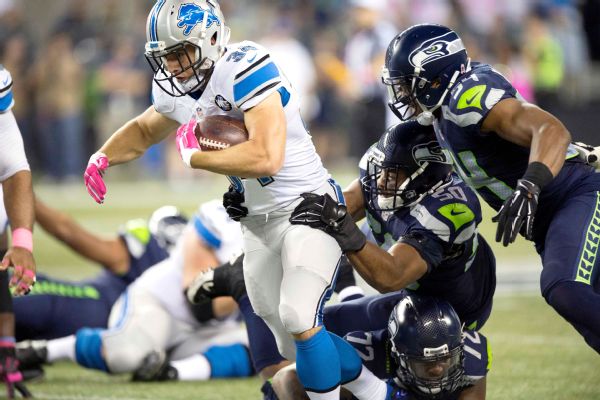 The Detroit Lions will be without their top two running backs Sunday against the Los Angeles Rams as Dwayne Washington will not play due to an ankle injury, a source told ESPN NFL Insider Adam Schefter.

The Lions already had ruled out starterTheo Riddick (ankle injury) this past week.

Washington suffered the injury againstChicagoin Week 4. He did not play in Week 5 and sat out practices Wednesday and Thursday this past week. He returned to practice on a limited basis Friday, but had looked good running and cutting off on the side earlier in the week.

He had been listed as questionable on Friday's injury report.

Detroit is already without its No. 1 running back to start the year, Ameer Abdullah, who is on injured reserve after foot surgery.