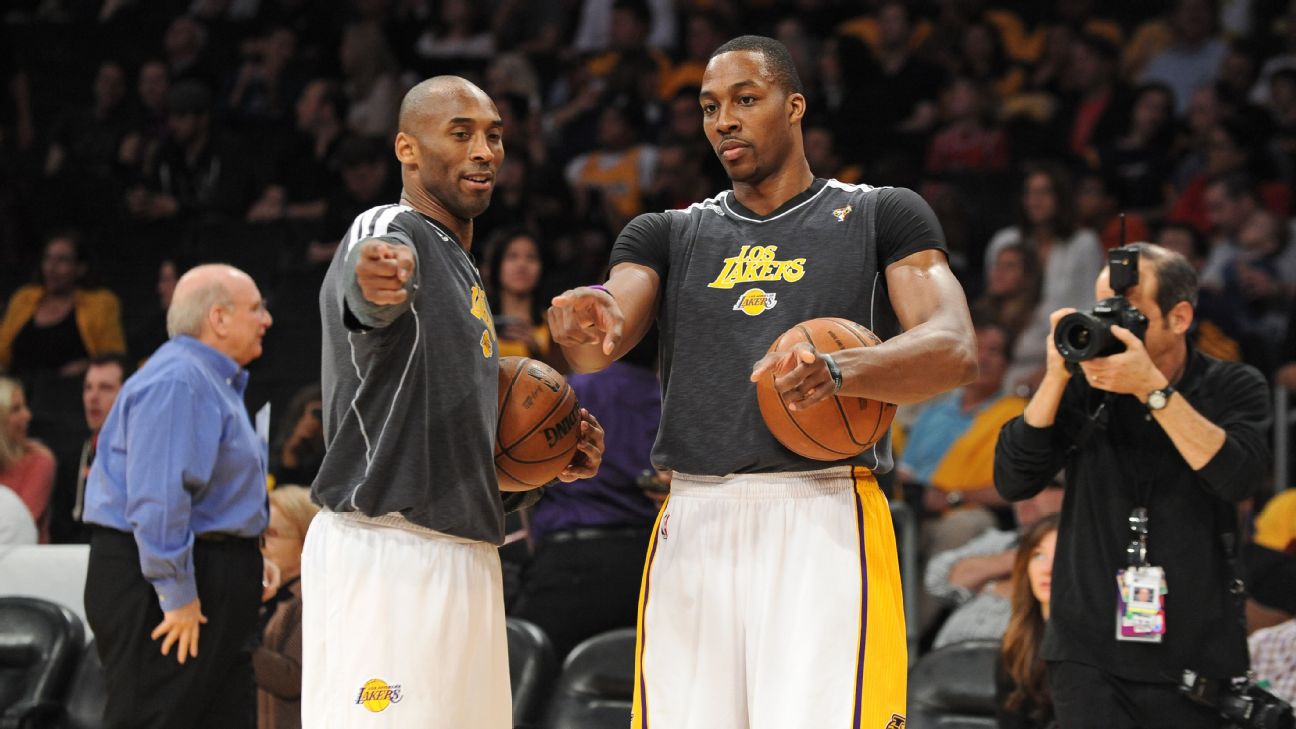 LOS ANGELES -- When Dwight Howard got word on his phone that Kobe Bryant had died in a helicopter accident while the Los Angeles Lakers were on a flight of their own cross-country back to L.A., he notified teammates around him in the airplane cabin and then retreated to the restroom.

He wanted a place where he could be by himself and cry.

Howard, whose only season playing alongside Bryant for the Lakers was marred by drama and disappointment, had come to appreciate Bryant in the seven years since.

They hugged on the sideline during a game in November. Howard laced up Bryant's signature sneakers all season. And they were going to reunite on the court during All-Star Weekend later this month in Chicago, with Bryant having accepted Howard's invitation to join him in the dunk contest.

"He was going to do something for me in the dunk contest, which is kind of heartbreaking," Howard said Tuesday following the Lakers' 129-102 win over the San Antonio Spursat Staples Center. "It's been on my mind every day. Man, I can't believe it. I'm still in shock. It hurts. It's tough. I just never thought that somebody like that would be gone.

"And it's something that, you know, I just tell people, if you have any bitterness or anger, whatever, strife towards anybody, let it go. Let them know how you feel. Get those feelings out. Let them know because you never know what could happen. Life comes and goes just like that. For me, it's super sad because I really wanted to tell him how much I appreciate everything he's done, all the things he's said. Even at the time that we were on the same team, we didn't understand each other.

"But I saw a different Kobe, and I even saw a change in myself. And I'm pretty sure he saw it. I just wanted to be able to tell him how I felt about him, and I never got the chance to. That was really the most heartbreaking part. Every day it's been on my mind. It's something that I've just got to deal with, just show the fans in this city that I'm willing to do whatever it takes."

Just days before Bryant's death on Jan. 26, Howard appealed to Lakers fans through the reporters speaking to him after a game against the New York Knicksat Madison Square Garden to encourage Bryant to join him in the dunk contest.

Howard told ESPN that Lakers vice president of basketball operations Rob Pelinka and Howard's agent, Charles Briscoe, learned that Bryant would indeed be joining him at All-Star Weekend before the tragedy that took the lives of Bryant, his daughter Gianna and seven others.

The former three-time NBA Defensive Player of the Year, who was seven years younger than Bryant when they were teammates, said they were at different stages of their lives and let their egos get in the way during the ill-fated 2012-13 season.

Still, Howard insists, he never felt hatred toward Bryant -- citing how he was one of Bryant's first teammates to visit him at his Newport Beach, California, home after Bryant tore his Achilles tendon late in the season -- and even understood Bryant's critique that he was "soft" as time went by, realizing it was Bryant issuing a mental challenge.

"It doesn't seem real that it happened," Howard said. "I never expected in a million years that we'd be talking about Kobe passing away. So it was very sad, man; I just cried myself to sleep talking about it. And it still hurts to this day. It's kind of hard to talk about it, because I just get these overwhelming feelings from it. But he meant a lot to a lot of people, as you can see the love from around the world that everybody received and how hurt everybody was. I could tell that people were deeply sad."

Howard said he could not bring himself to visit the massive memorial that fans created across the street from Staples Center at the L.A. Live plaza, but he did spend time at a smaller one outside the Lakers' practice facility in El Segundo, California.

"The fact that Kobe Bryant passed away is very emotional for me," he said. "I've been trying to take my mind off of it, but it's hard because I just would've never expected a situation like this to happen where we're talking about Kobe Bryant. He's like the first legend for all of us that we've seen in our lifetime just pass away. It's shocking, it's disheartening and it just makes you realize that we all go.

"It doesn't matter what you have, it doesn't matter who you are: We are all we got. And love each other while we're here on Earth, treat each other the right way, respect each other and never have any hatred or animosity towards anybody because you never know what could happen to him. It was a very valuable lesson. I just make sure every day that I tell people how grateful and thankful I am for them, how much I appreciate them."

Howard was reminded of the praise he heaped on Bryant the night before his death, when LeBron James passed Bryant for No. 3 on the NBA's all-time scoring list. That evening Howard said that as a society, we should give people their due while they are still living. After talking to reporters, he made his way to James' locker to congratulate him on the accomplishment and shake his hand, putting his words into action.

It is a gesture he plans to continue now that Bryant is gone.

"I probably have cried as hard as I have in a while, the death of Kobe," Howard said. "It wasn't because we were close, close friends, it's just like, man, I just never thought that it'd be Kobe." 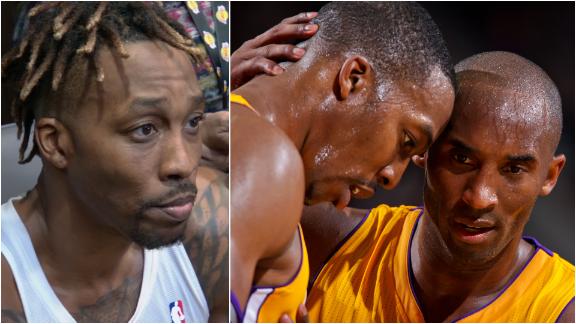