Dwyane Wade: I made bigger change than LeBron James did with Heat 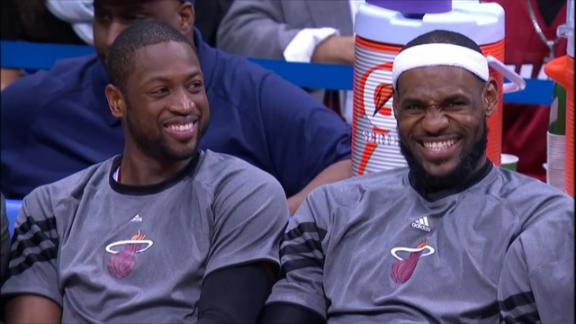 CHICAGO -- As he gets set for another showdown against his close friend and former teammate LeBron James, Dwyane Wade acknowledged Thursday that he had to change his game far more than James did during the pair's four years together with the Miami Heat.

Wade said that while he and James knew before they decided to join forces in Miami that their respective games would change, it was Wade's game that was altered the most. He didn't have to have a conversation with James about it because the answer was obvious to both men.

"We all knew the sacrifice that was going to be [made]," Wade said. "Obviously, you sit down and you talk about playing together. You think you know what's [going to happen], you try to cover things in that moment, but then once you start playing together you realize it's harder than what you thought. But we all knew we had to sacrifice. Chris Bosh, too. He's somebody who they don't talk about, he had to sacrifice a lot too. But at the end of the day, we sacrificed points, article hits, but what we gained was championships, friendships and brotherhoods that last a lifetime. So I'm sure if we could do it all over again we'd do it exactly the same way."

Wade, who will be making his first appearance against James in a Chicago Bulls uniform on Friday, doesn't hide from the fact that playing against his former teammate means more to him than most games.

"I've always said it: Kobe [Bryant] and LeBron have always been my favorite guys to play against," Wade said. "It's just something about those games for me that's always been a little special. I won't be one of those cliché athletes to say it's just another game. It's never just another game for me to play against those guys. I just enjoy it more. Simple as that. I enjoy playing against LeBron more than anybody else just because of the things I know he's going to bring to the game. Great people bring greatness out of you. He's always done that for me and vice versa. I think I've done it for him. So I've always enjoyed it."

Wade, in his 14th season, didn't rule out the possibility of playing with James again at some point in his career, but he made it very clear how happy he was to be in Chicago.

"I never thought I would play with LeBron," Wade said. "I didn't think it was a possibility at all. I enjoyed the All-Star Games, I enjoyed the Olympics, but I never thought that we'd play together. That's why now I look with younger guys and what they say and stuff like that because you never know what the future's going to hold for you. Just keep your comments to yourself on the future. So I would keep my comments on myself for whatever. For me, I'm here and I'm happy to be here but I was happy in Miami as well. It just happened. And you never know what happens in this game. So people should never say never on anything."

Then Wade leaned closer into the microphones and recorders present at the Bulls' practice facility. 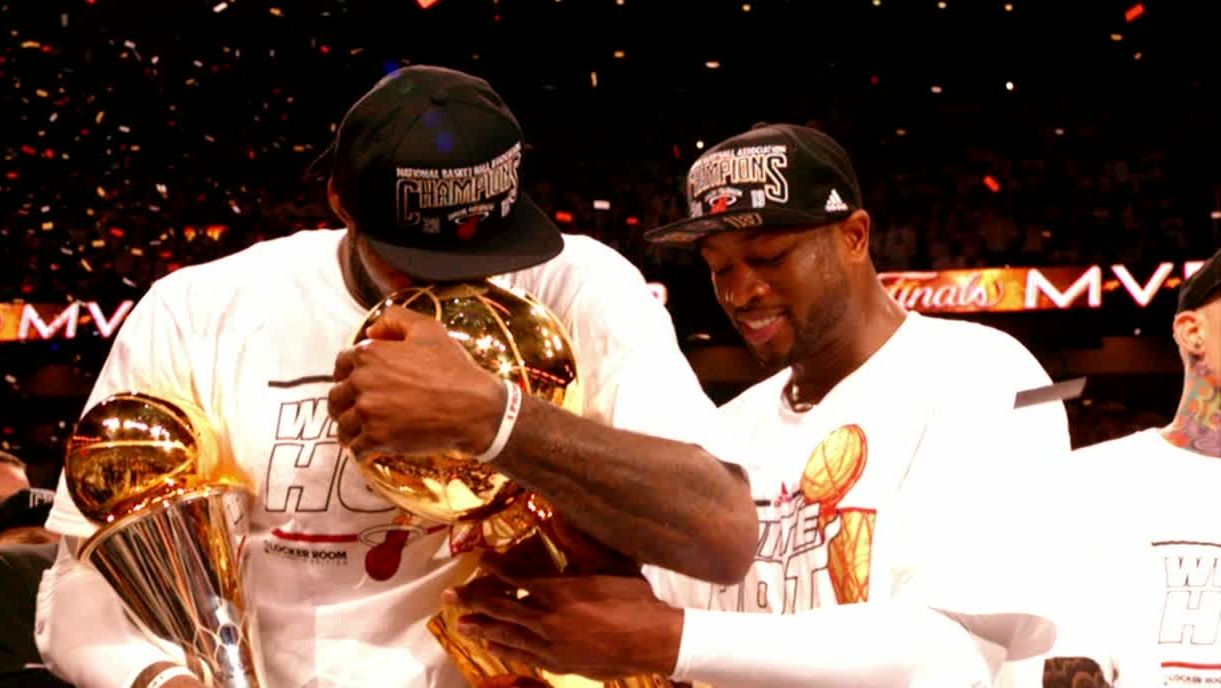