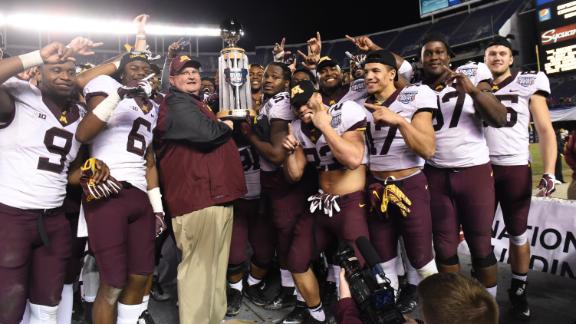 A day after the University of Minnesota fired football coach Tracy Claeys because the program became embroiled in a standoff over the school's suspension of 10 players in connection with a sexual assault investigation, former Gophers head coach Jerry Kill said he "won't be stepping back into the university."

Kill, who was forced to retire at Minnesota in 2015 due to health reasons and handed the job to his longtime assistant Claeys, told 1500 ESPN radio on Wednesday that he was furious with athletic director Mark Coyle's assertion that the program was in need of "integrity and class."

The decision has also drawn criticism from players and donors. The athletic director, who was hired just six months ago, is in the pressure cooker as he looks for a coaching replacement.

Coyle says he is aware of the hard feelings due to his decision, and he is determined to find a new coach who can help heal the wounds that were opened.

"I get they're upset. I get they're frustrated. I understand that," Coyle said. "It's our job to find a leader who will take this program forward and unite all of them in one direction, one goal."

A source told ESPN on Tuesday that Minnesota's initial preference to be Claeys' successor is Western Michigan coach P.J. Fleck, who, as reported by Minneapolis TV station KSTP, met earlier Wednesday with Kaler and Coyle in Chicago. Other candidates immediately expected to be considered for the opening include former LSU and Oklahoma State coach Les Miles and Boise State's Bryan Harsin, who was hired by Coyle when he worked there. Minnesota was also expected to target North Dakota State coach Chris Klieman, a source told ESPN's Brett McMurphy.

Minnesota reached out to Penn State offensive coordinator Joe Moorhead about its open head coaching job but was turned away, The Associated Press reported late Wednesday. Minnesota contacted Moorhead's agent to gauge the possibility of landing the highly thought of assistant, but was told that Moorhead wasn't interested in leaving the Nittany Lions.

Coyle's decision did earn praise from some at the university who saw it as a sign of the administration standing up for sexual assault victims.

There was a rally on campus Wednesday that was initially called earlier in the week to demand the firing of Claeys. But the Star Tribune reported that 75 people turned out to celebrate the decision.

"Minnesotans love their college football team, and they want them to win," University Board of Regents Chairman Dean E. Johnson told The Associated Press. "And that's fine. But we also expect a high standard of conduct from our student-athletes and all of our students."

Johnson called Claeys "an upstanding man, an honorable person" and said "from a human standpoint, it doesn't feel very good."

But Coyle pushed for the move after the team threatened to boycott the Holiday Bowl when the university suspended 10 players for their alleged involvement in a case where a woman said multiple players pressured her into having sex. Hennepin County authorities twice declined to press charges citing a lack of evidence, but the school has a lower standard of proof and decided to suspend the players.

Claeys publicly backed the players' stand, putting him at odds with Minnesota president Eric Kaler and Coyle, who said on Tuesday that he made the move "to find a coach that shares that commitment to excellence academically, athletically and socially."

Johnson said Coyle cited the program's poor performance in recruiting rankings and a dwindling season-ticket base as two primary reasons to fire Claeys. However, the ticket issue was also due in part to former athletic director Norwood Teague's decision to drastically increase ticket prices for the 2016 season.

At the end of an hours-long meeting with Kaler and Coyle on Tuesday, Johnson said he excused himself from the room for a drink of water and a head-clearing walk down the hall.

"With a pit in my stomach and a tear in my eye, I got up and walked down the hall for a while to think about it," Johnson said. "When you hire your administration, you give them that authority. That's what they wanted to do and that's what the decision was."

Johnson was asked if he left the meeting with Coyle believing that firing Claeys was the right move.

"More so than not," he said. "I had questions. I had thoughts and feelings about it. If you're asking me if it was 100 percent one way or another, the answer is no." 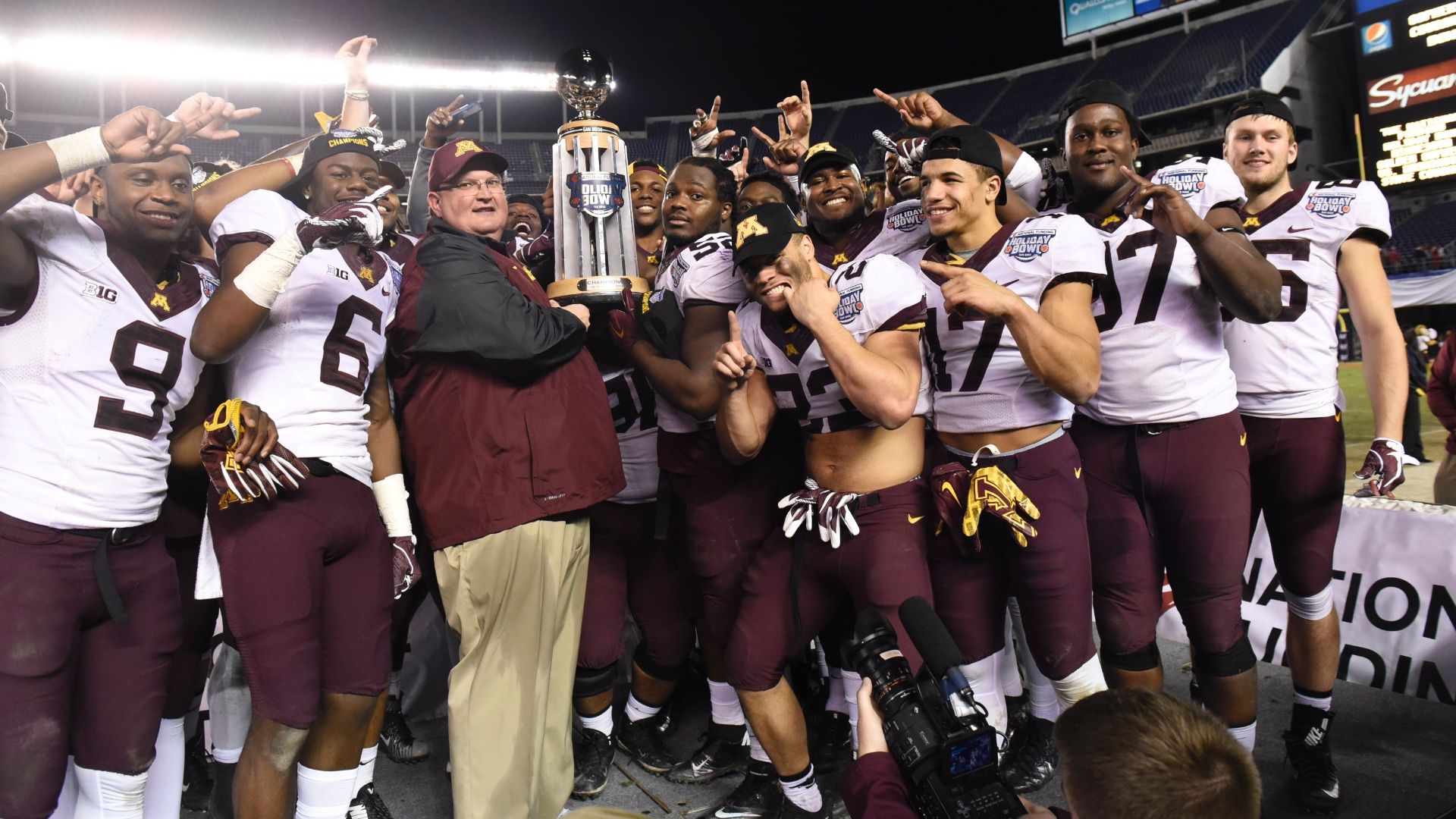 Will Claeys' firing lead to players leaving Minnesota?
Brett McMurphy details his conversation with Minnesota quarterback Mitch Leidner, who voiced his disapproval of the school's decision to fire coach Tracy Claeys, and another player who said other members of the team may be looking to transfer out.
Related topics:
sportsespnmark coylecollege footballminnesota golden gopherstracy claeys
Copyright © 2021 ESPN Internet Ventures. All rights reserved.
More Videos
From CNN Newsource affiliates
TOP STORIES