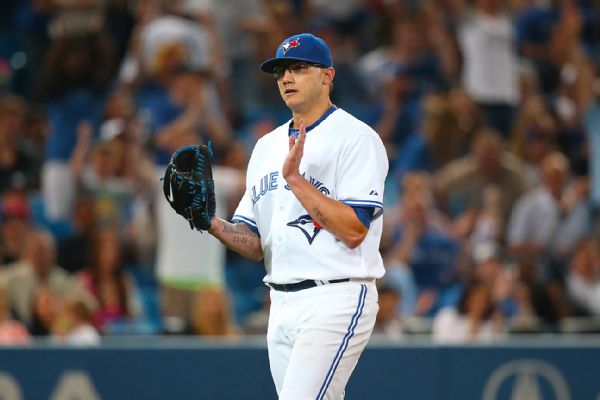 The St. Louis Cardinals have reached an agreement with former Toronto Blue Jaysreliever Brett Cecil on a four-year deal worth $30.5 million, a source confirmed to ESPN's Jim Bowden.

The deal, which is pending a physical, was first reported Saturday by Yahoo! Sports.

Cecil, 30, went 1-7 with a 3.93 ERA in 54 games with Toronto last season, his eighth with the Blue Jays. The left-hander missed six weeks early in the season because of a strained triceps but was a key contributor down the stretch for the Blue Jays, posting a 3.18 ERA after the All-Star break.