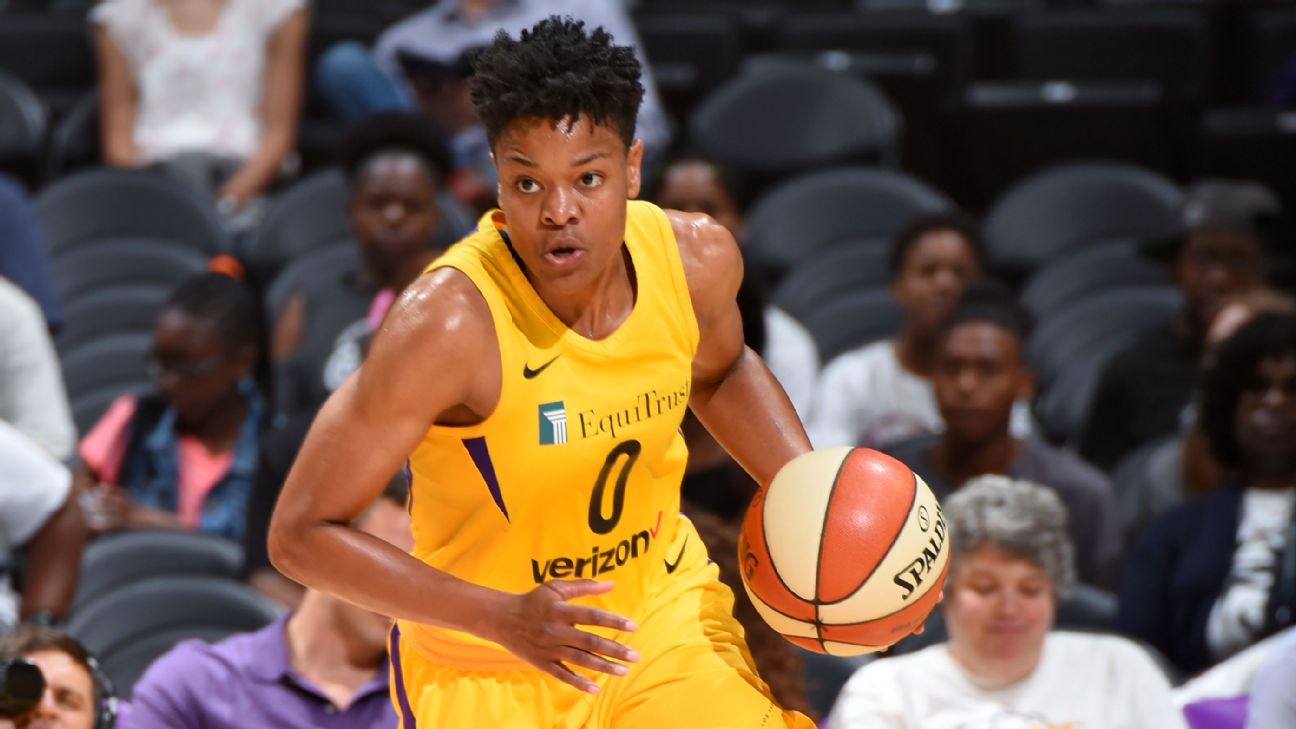 Former WNBA player Alana Beard has joined the effort to bring a WNBA expansion team to Oakland, it was announced Thursday. The 14-year WNBA veteran will partner with the African American Sports and Entertainment Group (AASEG) in pursuit of a new franchise.

Beard, the No. 2 overall draft pick out of Duke in 2004, played six seasons for the Washington Mystics and then another eight with the Los Angeles Sparks, with whom she won the 2016 league championship.


"As a professional athlete who made the transition into the business world, I understand now more than at any point the importance of having a great team and strong partnerships," said the 39-year-old Beard, who moved to the Bay Area to work in venture capital after her retirement following the 2019 WNBA season. "I've always envisioned being an owner of a WNBA team. It made sense to come together to partner on this."

The WNBA, which just completed its 25th season, has 12 franchises. It has not had an expansion team since the Atlanta Dream in 2008. The Dream, who were sold in February, have another former WNBA player, Renee Montgomery, as part of their ownership group.

"That was something I truly admired," said Beard, a two-time winner of the WNBA's Defensive Player of the Year award and a four-time All-Star. "Kudos to Renee and other women who are pursuing this exact dream."

One of the league's original eight franchises in 1997 was in Sacramento, but that team folded after the 2009 season. The Bay Area has been considered a possibility for expansion since. The short-lived women's American Basketball League had a team in San Jose in 1996-98, and the reigning national champion Stanford Cardinal are perennially one of the best women's college programs in the country.


Beard appeared on a video call Thursday along with Oakland Vice Mayor Rebecca Kaplan and others who support bringing a franchise to Oakland, including Gina Johnson Lillard, the mother of Portland Trail Blazers guard Damian Lillard and the director for the western region of Mothers of Professional Basketball.

"The leadership of Black women here is incredible," said Alicia Garza, co-founder of the International Black Lives Matter Movement. "WNBA, we definitely need and want you in Oakland. This project aligns on every level in terms of my values and the things I prioritize."

The AASEG said the Oakland City Council, Alameda County Board of Supervisors and the Joint Powers Authority Commission have approved a path for a WNBA team to play at Oakland Arena, which was home of the Golden State Warriors from 1971 to 2019. The WNBA said it had no statement on Thursday's announcement from the Oakland group. Commissioner Cathy Engelbert told ESPN earlier this month that the league is hopeful of expansion within the next five years.